Enjoy beach and football with the Euro Cup, the perfect match for this summer

The Euro Cup 2012 stands out as one of the most important sport events of this year, along with the Olympic Games that will be celebrated in London some weeks later

The current edition, hosted by the join candidacy of Poland and Ukraine, has got everything ready less than a month before one of the most expected events for the fans kicks off. Take advantage of this opportunity to enjoy football along with the beaches of the Costa del Sol, a perfect plan for your holidays.

Eastern Europe will host the competition for the first time

This UEFA European Football Championship will be the 14th edition of the Euro Cup, the main tournament of European national teams organized by UEFA. The final stage is having a joint organization for the third time in its history. Belgium and Netherlands shared it in 2000 and Austria and Switzerland hosted it in the past national teams Euro Cup in 2008. It will be the first Euro Cup held in Eastern Europe since 1976 when it took place in the former Yugoslavia.

The decision of assigning both Slave countries to hold the event was announced by UEFA president Michel Platini on April 18th, beating the final candidates Croatia-Hungary and Italy, out of eight previous bidders. Some problems have arisen when organizing the competition, but they have been solved and Euro Cup has at last come to its previous days and it is about to start.

Spain, one of the favourite, seeks to defend its title

Spanish National Team, under Vicente del Bosque lead, is outright favourite to be declared champion of the tournament. It would be the third consecutive title it would win, a feat no team has ever achieved.

As well as defending the European title, won in the past competition, celebrated in Austria and Switzerland, “the Red” will try to make history in Poland and Ukraine.

In theory, Spain has the advantage of having the most complete team. However, it will not be easy since there is an enormous competition and the men of Vicente del Bosque will have to prove their extraordinary character.

The Netherlands, world runner-up, and Germany runner-up in Europe and third in the last world championship celebrated in South Africa, are the other two main favourite teams for winning the title. Yet other great teams as France, England, Italy or Portugal, should be considered, as they will come with all their gunnery to play a great tournament and take on the favourites.

The new trophy waits for its champion

The trophy, different from the one lifted by Spain in 2008, is a new version of the original “Delone Cup”, designed by a French jewellery in honour of the first UEFA president, Henri Delone. In addition, the winners’ historical list of National Team Championship will be engraved on the front side of the trophy and not on the base as in the Euro Cup in Austria-Switzerland, according to Ukrainian press. Kiev Olympic Stadium, with capacity for 70,000 people, will host the Euro Cup Final, competition hold in Eastern Europe for the first time.

Fuerte Hoteles with the 2012 Euro Cup 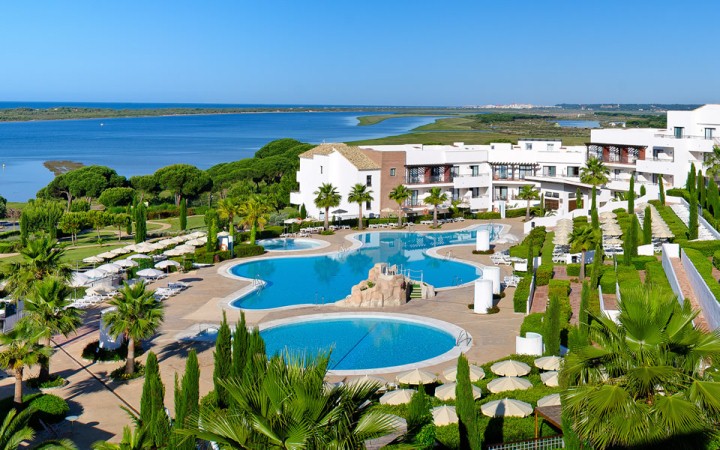 For the celebration of the Euro Cup 2012, Fuerte Hoteles is willing to join this event and get in the festive atmosphere that goes with the football world offering a distinct and exclusive menu, available to all the followers wishing to celebrate the victory of their team. This menu will be available from the beginning of it, on June 8th.
The hotel chain will adapt bars for football fans enjoyment at its six establishment: Fuerte Estepona, Fuerte El Rompido, Fuerte Marbella, Fuerte Conil-Costa Luz and Fuerte Grazalema.