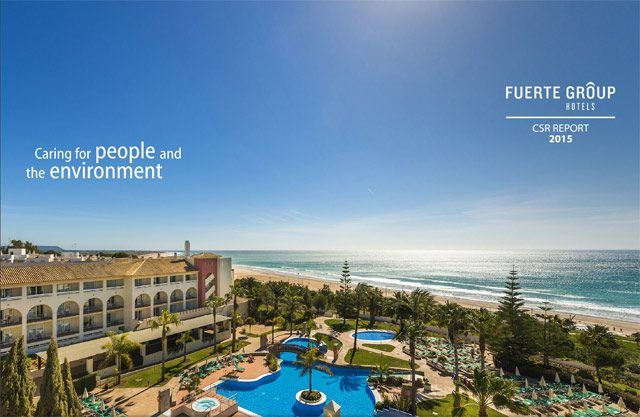 Posted by Fuerte Hoteles on Wednesday, November 16, 2016 · Leave a Comment

This Marbella-based hotel group, which will celebrate its 60th anniversary in 2017, has spearheaded a major environmental project to compensate for its CO2 emissions and reduce its carbon and ecological footprints by 9.72% and 9.15% respectively, when compared to 2014

The chain brought the last financial year to a close by consolidating its corporate brand, launching a new brand of hotels recommended for adults and refurbishing one of its most emblematic establishments

15 November 2016. The 2015 Corporate Social Responsibility Report,  presented today by Fuerte Group Hotels, confirms that the last financial year was very positive for the Andalusian hotel group, which next year will celebrate its 60th anniversary. Some of the most important aspects for the company, which runs 6 of its own hotels and 1 leased apartments complex, all of which are located in Andalusia, has been the confirmation that efforts made all year to improve guest satisfaction have been successful, and that its online reputation was 89.20%, compared to the 88.30% obtained in 2014. 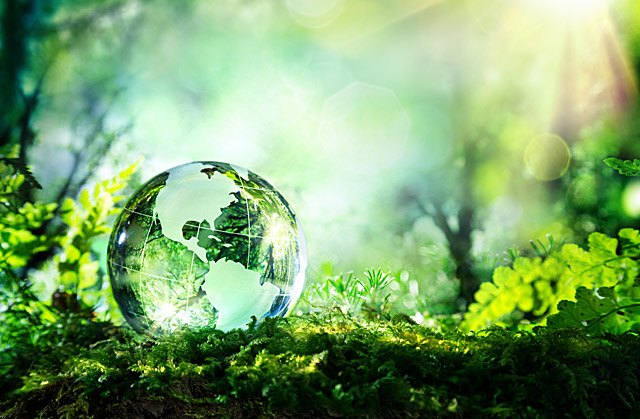 All of this seems to confirm that its clientele, 70% of whom are tourists from Spain, Germany and the United Kingdom, and the remaining 30% come from The Netherlands, Ireland, Belgium and other European countries, follow the current trend seen in the market and among 21st century tourists, and place high value on the commitment that Fuerte Group Hotels has made to sustainability since the beginning of the 1990s.

As part of this framework, for yet another year running 2015 has confirmed the importance of sustainability to the Andalusian chain. In addition to ongoing reductions in the carbon footprint index (9.72%) last year, which measures CO2 emissions generated by the hotels during the course of their activity, and that currently stands at 11.21 kg of CO2 per guest, the group has lowered its ecological footprint by 9.15%; decreased its consumption of other resources, such as diesel and water, by 9.08% and 2.41% respectively; and has promoted the recycling of numerous types of waste such as glass, cardboard and paper, vegetable oil, plastic and aluminium cans. The company has also led an innovative CO2 emissions compensation project, allowing Fuerte El Rompido (Huelva) to gain a position as the chain’s first “zero emissions” hotel.

View infographics with the main data 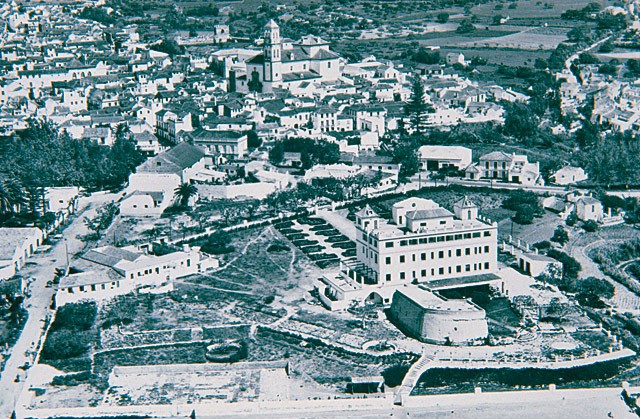 On a different note, for years Fuerte Group Hotels has been getting ready to celebrate the 60th anniversary of its creation. Some related actions have already been carried out in 2015, such as the refurbishment of the chain’s emblematic hotel Fuerte Miramar (now Amàre Marbella); improvements to the facilities at other establishments, such as Fuerte El Rompido and Fuerte Marbella, to revamp their respective ranges of services for families and adults, and to incorporate new gastronomic concepts; and the creation of the new corporate brand Fuerte Group Hotels, to define the hotel division of the El Fuerte Group and to act as an umbrella organisation under which the Fuerte and the new brand of Amàre hotels operate. This latter brand of hotels was also created in 2015 for the purpose of exploiting a sector that has proven itself to be a niche tourism market in the future: hotels recommended for adults.

If there is one group of people that will have an intense experience of such a special landmark date, it is the chain’s workforce, made up of an average of 620 people per season, 90% of whom come from the Andalusian provinces where the establishments are located. It is very likely that improvements seen in staff retention indices in the hotels, and the greater stability among staff seen at the end of 2015 are related to a range of interesting social improvements, such as assistance with buying books and paying for nurseries that employees have been able to benefit from, and over 12,000 hours of training that were given during this period.

Lastly, emphasis should be placed on the other two groups of stakeholders that Fuerte Group Hotels, whose corporate slogan starts with the phrase “Caring for people”, paid particular attention to in 2015: the first group – communities in areas where group hotels are located – benefitted from the execution of 13 social and cultural projects channelled through the Fuerte Foundation; and the second group – suppliers, particularly local ones -, from whom products worth 1.4 million euros were purchased during the course of the financial year.

To conclude, emphasis should be placed on the fact that figures included in the 2015 Corporate Social Responsibility Report confirm the excellent economic results obtained by the Andalusian group at the end of the aforementioned financial year. In this regard, the revenue earned by the chain during 2015 amounted to 51 million euros, 12.55% higher than in 2015; EBITDA stood at 16.1 million euros, compared to 8.8 million obtained during the previous year.

The El Fuerte Group, which also includes the agricultural operations company Agrodesarollo, the We Company business group and the Fuerte Foundation, it is well known for its sustainable development strategy, which includes management systems that guarantee minimal environmental impact, promotes local culture and economies, and focuses on employee welfare, guest satisfaction and the development of underprivileged groups.