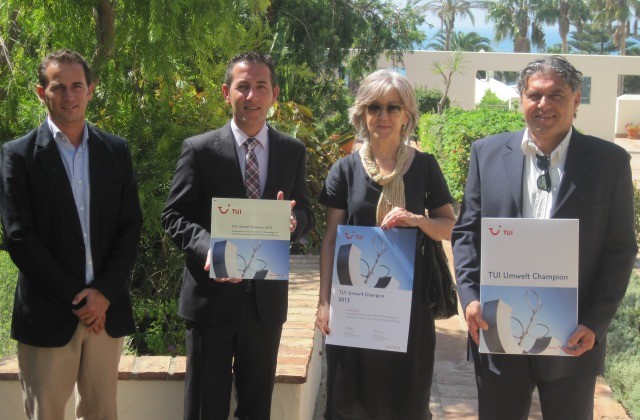 TUI Ranks Fuerte Hotels Among The 100 Most Sustainable Establishments

The German tour operator TUI has selected Fuerte Hotels as some of the most environmentally friendly in the world. Specifically, three of the hotel group’s locations have been designated as TUI Environmental Champions for 2013, as a part of one of the largest tour operators’ recognition of the 160 most sustainable hotels, worldwide.

This year, Fuerte Conil-Costa Luz grabs the spotlight with 32 ranking, followed by Fuerte El Rompido at number 78 and Fuerte Marbella at 103, as part of 48 Spanish establishments recognized for their efforts.

Over 6,000 hotels are considered for this recognition each year and are reviewed on the basis of a corporate social responsibility audit system as well as a satisfaction survey by TUI customers. In order to be considered, at least 80% of the guests staying at the hotel should assess their environmental performance positively.

For this reason, according to José Luque, CEO of Fuerte Hotels, the challenge “is not only to innovate in sustainability, but to involve guests to experience and understand the contribution to responsible tourism”. Therefore, he continued, “our challenge is to sensitize guests through activities in contact with the nature, culture and society of the establishment with visits to our organic orchards, bike tours and offering special amenities such as the recently implemented electric car rental service.”