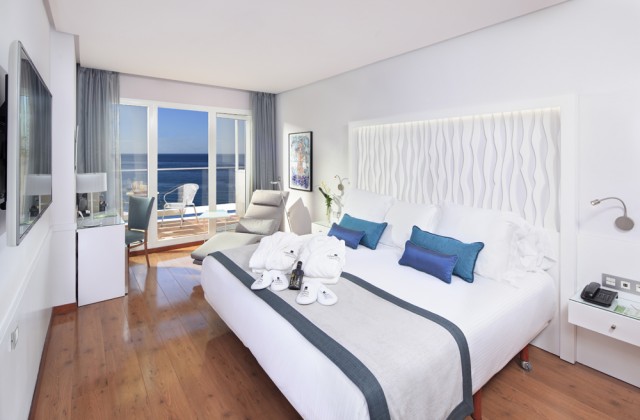 Marbella’s Fuerte Miramar hotel will invest 6 million euros to undertake ambitious reforms aimed at specialising in the adults  holiday sector. Works will begin next November and will be complete by March 2015 for the new season.

Following an integral redesign process, the second Fuerte Hoteles property in Marbella will be redefined to become a beach front destination for singles, couples and groups of friends. This change in philosophy will involve a far-reaching plan of architectural and decorative reforms, with new spaces and rooms.

One of the major attractions of the new Fuerte Miramar will be its private guest-only beach area, with the creation of Amàre Club, offering a range of services across the Amàre Lounge, Amàre Beach and Amàre Pool areas. It will a swimming pool, poolside sunbathing, lounge, beach restaurant, beach sunbathing and a large area of hammocks and Bali beds, where a DJ will take charge of creating an atmosphere beside the sea. 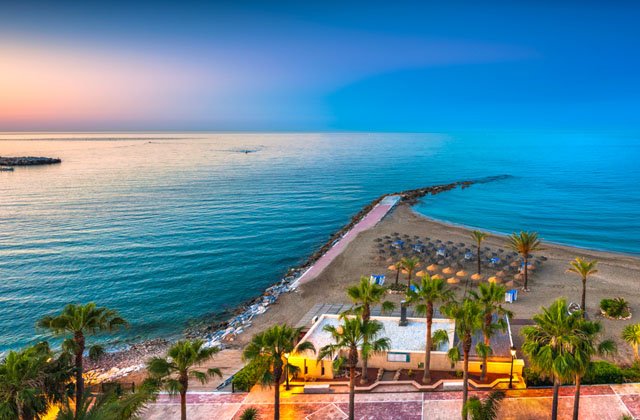 This panoramic view over the Mediterranean will only be shared by the Roof Top Bar at the highest point of the building. The façade of the hotel will also be renovated, along with common areas, rooms and the SPA; a new gym will be built.

In the words of José Luque, managing director of Fuerte Hoteles, “everything at the new Fuerte Miramar, from its impressive entrance hall to the extraordinary Beach Club, is designed as an open door to the sea, making it difficult to distinguish where the hotel ends and the beach begins”.

With 7 establishments found in Marbella, Estepona, Torrox, Grazalema, Conil de la Frontera and El Rompido (Cartaya), Fuerte Hoteles is one of the main Andalusian hotel chains and is well known for the sustainable management of its hotels and firm commitment to responsible tourism.

Not in vain has it recently been included in TripAdvisor’s GreenLeaders sustainable hotels programme; it has also received a Certificate of Excellence from this website thanks to guest opinions. Furthermore, each year it is included on international sustainability rankings drawn up by major institutions like TUI and HolidayCheck.