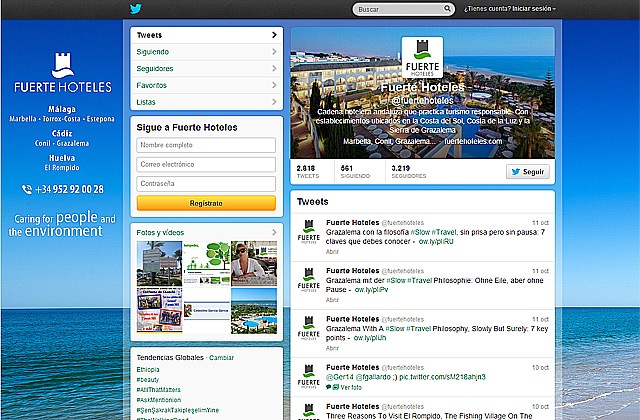 Fuerte Hoteles has managed to become part of the ‘#top10 of hotelesqueconversan’ (or top ten talked about hotels) with customers on the Internet, according to the second report on the presence of Spanish hotel chains on Twitter, conducted by the web site Hoteles-sociales.com. Specifically, the hotel group is ranked 5th of the most influential hotels on the 140 character social network. 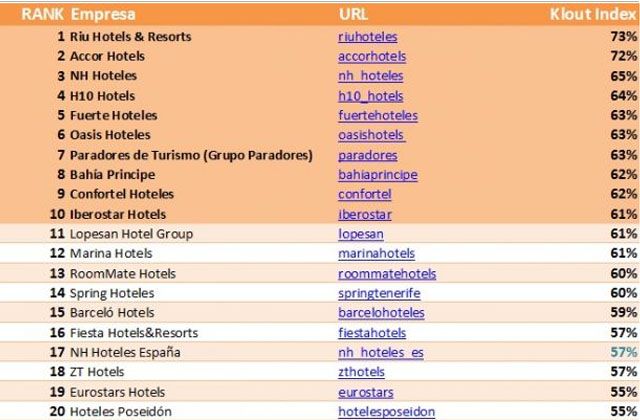 With this ranking, Hoteles-sociales.com has highlighted the “great leap” that has ocured recently by Fuerte Hoteles on Twitter, advancing 16 places over their position in 2012, putting them just below Riu, Accor, NH and H10. This announcement makes them the only hotel chain in Andalucia, ranking them ahead of 22 hotels with more overall Twitter followers in Spain. 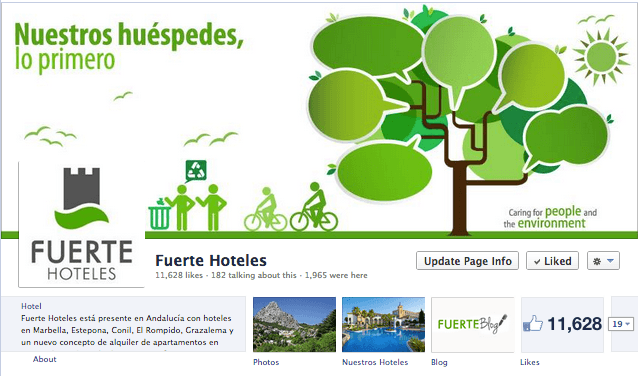 According to the Director General of the hotel group, José Luque, the ” strong commitment we have made to our reputation online this summer has earned great results.” From June to September, the social networking campaign ‘#yorepito with Fuerte Hoteles’, hosted on Facebook, YouTube and Twitter (@fuertehoteles), has raised over 100,000 interactions with current and potential guests of the chain, “which has resulted in a significant improvement of our Internet visibility” added Luque .