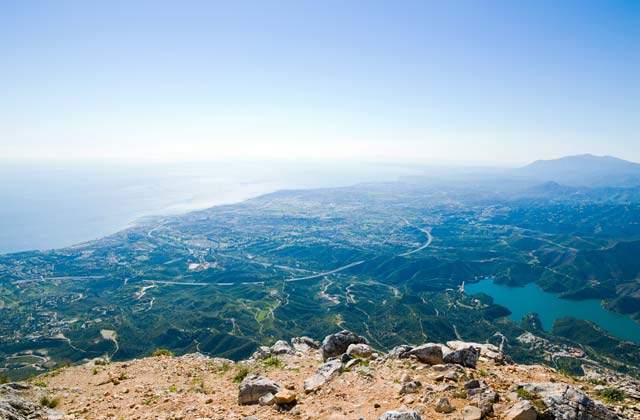 Posted by Fuerte Hoteles on Sunday, February 18, 2018 · Leave a Comment

The book “ Marbella naturalmente ”, published by Asociación Marbella Activa in collaboration with Fundación Fuerte, takes us on a guided tour of the most surprising natural hideaways on the capital of the Costa del Sol

19 February 2018. Although Marbella is famous for being a beach destination and its exclusive supply of luxury, it is also one of the greenest cities in Spain. The city has a long list of publicly accessible natural hideaways, which have recently been covered in the book “ Marbella naturalmente ”, edited by Asociación Marbella Activa, in collaboration with Fundación Fuerte. If you’re heading to the south this spring, make sure you don’t miss out on one of these 7 green spaces that you can take in on foot, by bicycle and in some cases, by boat: 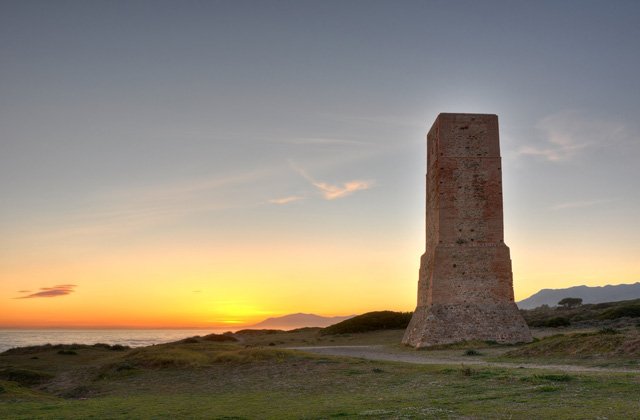 Marbella is home to 17 rivers and creeks, which, in almost all cases, run a relatively short course. In winter, they tend to swell whereas in summer the flow of water is much smaller. Some rivers like the Guadaiza, Guadalmina, Río Verde and Río Real have received recognition because of their extraordinary environmental wealth and are subject to EU protection.

Nestled in the heart of Sierra Blanca, Juanar has been a favourite amongst Marbella’s residents for many years now, as it forms part of their traditions and is integrated in the city’s physical and emotional landscape. What’s more, it is home to important species from an environmental perspective, such as the salamandra longirostris, amongst others. The Refugio de El Juanar has taken the place of the former National Parador and Palacio de Juanar, a hunting pavilion built at the beginning of the 20th century by the Marquis de Larios.

The “Dunas de Artola” Natural Monument (declared so in 2003) is one of the most renowned spots of what was once a long ridge of dunes. Spanning across 15 ha (protected area) and stretching approximately 20 km in length, this natural enclave is defined by its complex structure of dunes, home to a wide range of flora and fauna typical of barely touched dune systems. If you decide to visit this landmark, don’t be surprised to come across chameleons zigzagging the area.

Torre del Cable is a former loading dock that formed part of an aerial-tram system built in 1957 which, via towers and a monocable ropeway, transported iron from the mine, over the N-340 highway, to the hulls of the ships that were unable to enter the fishing port because of their size. Environmentally speaking, it is interesting in that the top section serves as refuge and a nesting spot for many birds, whilst its submerged base is home to a wealth of underwater life. 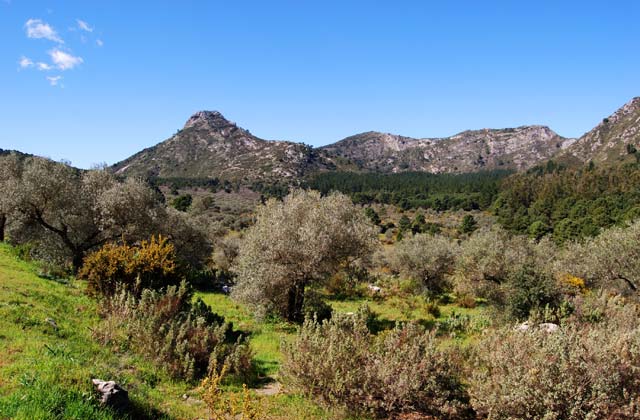 This artificial wetland, located in Nueva Andalucía and built in 1890 to irrigate Colonia de El Ángel, is a traditional recreational spot amongst Marbella’s locals because of its beautiful landscapes. Despite the threats posed by urbanisation, visitors can often spot the tortoises (or tortugas, in Spanish), that gave their name to this area.

Marbella is home to several cork-oaks forests that serve as a testament to the large forests that once stood along the city’s coast. These small, scattered forests, known as “island forests” are an important refuge for the city’s biodiversity. The most well-known forests are in Elviria, Mina-Cortijo de Castro and Los Manchones.

Its name in Spanish, white mountain range, can be traced to its white peaks with scarce plant life. Its highest point, known as La Concha, at 1215 m is a genuine symbol of Marbella. Its abundant natural resources have provided sustenance to a wide range of tradesman, including shepherds, esparto grass gatherers, miners and lime artisans, to name but a few.