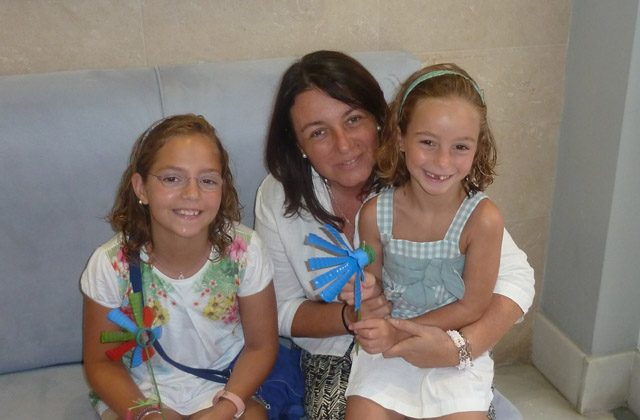 As we have explained in another post, hotels are always full of stories and this is especially true with family hotels like Fuerte Hotels. Children always bring such joy and innocence with them that we find so endearing and end up creating endearing situations like the one we have to share today: The Tooth Fairy and her deliveries as told by Susana Sirtori, the person responsible for Customer Care at the Hotel Fuerte Marbella. We’ll share her story”

There once was a girl named Paula and her sister Mary, from Tudela, who stayed at the Fuerte Marbella  for a vacation with her parents.

Paula had an inclination that her tooth was about to fall out and one day while playing in the pool with her sister, it came true and the tooth dropped out and was lost. Paula was very concerned because if she had nothing to leave for the Tooth Fairy, she would not receive a gift.

However, Mary was a great diver and found it in the pool. I quickly took it for safekeeping so it could be taken that night to the land of teeth. That night, the team at Fuerte Marbella conspired with the Tooth Fairy to let them know that she was in Tudela and with some help, prepared a letter and some presents for Mary and Paula.

Arriving after dinner, they found a shipment from Tudela from one “Tooth Fairy from Tudela”. Paula was very excited – she hardly slept – and in the morning she found a few gifts and a letter from the Tooth Fairy where she explained that she knew about the lost tooth and had taken it to the land of teeth and they must keep it a secret  because these things can not happen to teeth – they must be dealt with immediately.

Paula has decided to share her secret with us about the Tooth Fairy and her parents were happy enough to spend their vacation with us again next year! What a great trip girls! And finally, thank you for choosing us.