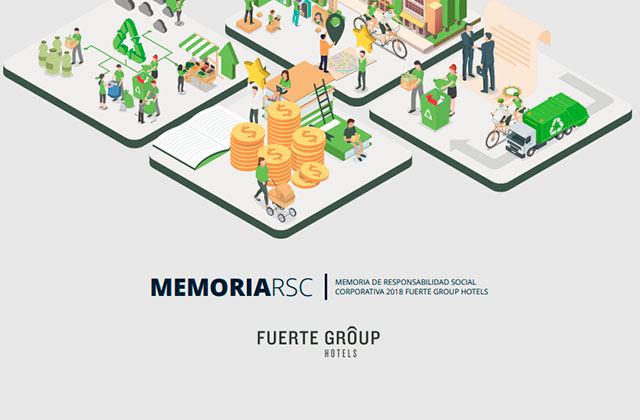 The company, considered one of the most sustainable hotel chains in our country, recycled 98,423 kilos of cardboard and paper, 87,100 kilos of glass and 7,375 litres of vegetable oil last year and reduced its carbon footprint by 1,025%.

Furthermore, thanks to the good performance of the tourism sector in 2018, the Andalucian group was able to increase its average workforce by 6% to 638 employees, of whom 84% were local staff from the geographical areas where the hotels are located, and 71.6% held permanent contracts. 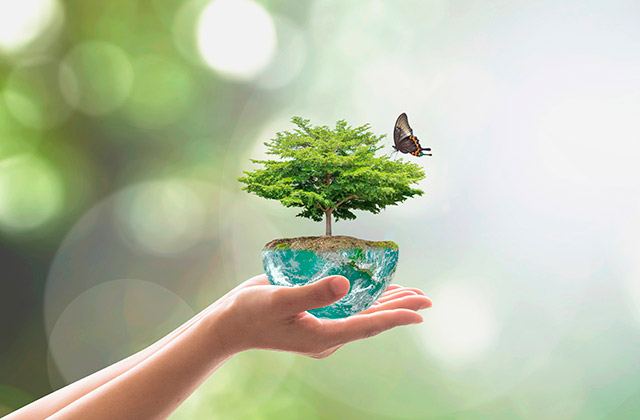 19 July 2019. For yet another year running, Fuerte Group Hotels wanted to enhance the company’s transparency by publishing the Corporate Social Responsibility Report for 2018. This year has been very positive for the group, as the 7 establishments operating on the date of the report (it currently has 2 more establishments, after the 2019 incorporation of Costa Conil and Amàre Beach Hotel Ibiza) achieved an average occupancy of 81.84%.

This improvement allowed the Andalucian company to create jobs and increase its average workforce, which in the high season stood at 638 employees, by 6%. The most noteworthy aspect in this regard is that 84% of these personnel were local, with people hired from the geographical areas where the chain’s hotels are located; and that 71.6% of the jobs were permanent, a high percentage in the tourism, which is very affected by the seasonal nature of the sector.

Another of the most noteworthy aspects of 2018 was the continuation of its commitment to developing sustainable tourism, a milestone that Fuerte Group Hotels once again achieved in 2018 by reducing its electricity consumption by 8.62% when compared to the previous year, and its carbon footprint by 1,025%. This significant achievement was made possible thanks to recycling activities, with which the family business managed to recycle a total of 98,423 kilos of cardboard and paper, 87,100 kilos of glass and 7,375 litres of vegetable oil during 2018. It was also important the participation in projects like the recovery of ecologically valuable pine groves in the Sierra de las Nieves Natural Park.

Finally, emphasis should be placed on the fact that Fuerte Group Hotels, founded 62 years ago, has been able to maintain its founding values, including giving back something of what society contributes to it. Therefore in 2018 the group, through the Fuerte Foundation, donated 150,545 euros to social activities run by both local and national projects, as well as to some international projects. In addition, to boost the economy of the destinations where the hotels are located, the group’s hotels invested 2,893,102 euros in local and regional companies, a figure that increased the percentage of purchases from suppliers in the area by 45%.

According to the Managing Director of Fuerte Group Hotels, José Luque García: “2018 may have been the last of the years in which Spain has benefited from its status as a refuge destination. The recovery being led by other Mediterranean countries is causing some large tour operators to divert their operations to them, and markets that have worked very well in recent years, such as Germany, are reducing their usual presence on our coasts”.

This is why he concludes: “There is an urgent need for an action plan that unites the public and private sectors with a clear objective: to make Spanish tourism a professionalized industry capable of attracting customers with purchasing power, who are not guided solely by price. In this sense, it should not be forgotten that in times of crisis, tourism has been responsible for ensuring that the engine of our economy has been able to keep running.