Fuerte Group hotels, the only Spanish company to take part in the European platform for Roma inclusion

Posted by Fuerte Hoteles on Tuesday, November 28, 2017 · Leave a Comment

The person in charge of representing the Andalusian chain was the director of Fuerte El Rompido, a hotel that has been collaborating with the “Learn by working” programme, backed by the Spanish Red Cross, the Romany Secretariat Foundation and the “La Caixa” Charity

29 November 2017. Fuerte Group Hotel was the only private Spanish company to participate in 11th Edition of the European Roma Platform for Inclusion, which was held on 27 and 28 November in Brussels (Belgium), which advocates in favour of the entrance of vulnerable groups onto the labour market through education. 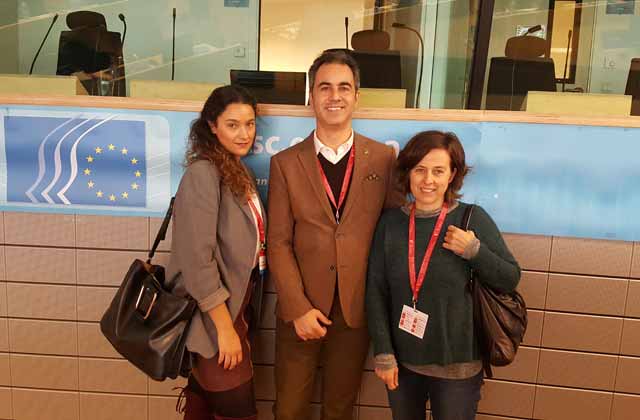 The person in charge of representing the Andalusian hotel chain at this major equal opportunities event was Tomeu Roig, director of the Fuerte El Rompido hotel and expert in the subject, as he has worked with ‘Learn by Working’ Programme for some time.

Thanks to this initiative organised each year by the Spanish Red Cross, the Romany Secretariat Foundation and the “La Caixa” Charity, over the last 3 years over 70 young people aged between 18 and 30 years have been given training at Fuerte El Rompido on skills related to essential hotel duties such as maintenance, kitchen, restaurant, reception, rooms, entertainment and Spa. In addition to receiving training, around 26 people have found employment at this establishment, thereby achieving full entrance onto the labour market.