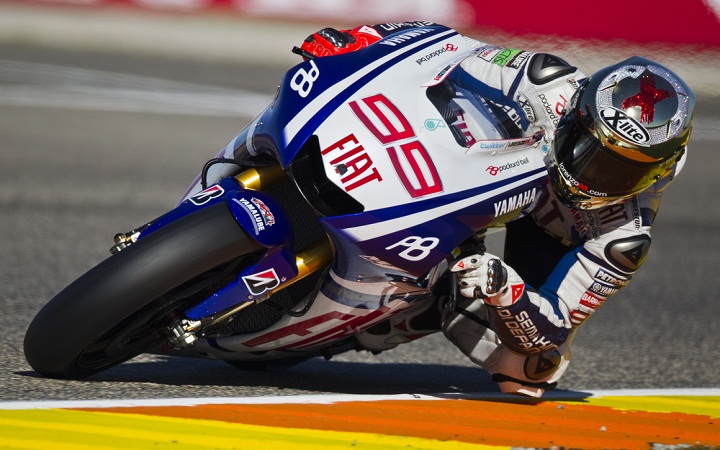 Each year, from May 3rd through the 5th, motorcycle enthusiasts descend on this corner of Southern Spain for one of the most anticipated events of the sporting world – Will you be there? Will you have a place to stay?

This special event offers a not-to-be missed gathering of fans of speed and all things on two-wheels. The competition will be held from May 3rd through the 5th and the Hotel Fuerte Conil-Costa Luz provides the ideal spot for attendees to the event to stay and the perfect starting point to explore the best of what Conil has to offer. In addition to the annual Jerez Moto GP, guests can easily access miles of pristine Atlantic beaches and savour the delicious cuisine that the region has to offer.

Following events in Qatar and Austin, the motoring world has shifted its attention to Jerez circuit, which boasts a long biking tradition, built on two and a half decades of hosting the Grand Prix. Like every year, the event is seen as one of the most popular and crowded Moto GP championship gatherings and an incredibly important event for nearby Cadiz and Jerez, a city brimming with passion for the competition.

Following the Qatar Circuit, Yamaha and Honda have emerged as the leaders of the world rankings, with Jorge Lorenzo in first place with 25 points, Rossi in second with 20 and Honda rookie Marc Marquez in third place after beating out teammate Dani Pedrosas. This last development has some worried, including Repsol team boss, Livo Suppo, who fears that possible resentment between veteran and young talents could boil over on the course. For the rest of us, the tension adds to the anticipation and excitement.

Building on enthusiasm from earlier years, fans are looking to Spanish riders for success this season. Last year saw Jorge Lorenzo and Dani Pedrosa on the podium, setting the stage for another demonstration of courage and speed from the skilled riders. Moreover, after the creditable third place finish in his debut, Marc Márquez has increased expectations about his chances of success at the end of the season.
In the lower categories, the world placements also boast the Spanish stamp. In Moto2, Rabat is first and Espargaro is second. Meanwhile in Moto3, Alex Rins and Luis Salom are ranked second and third, respectively.

The Hotel Fuerte Conil-Costa Luz is located less than 50 minutes from Jerez circuit and has all the comforts and amenities to make your stay an unforgettable experience. There is no better way to finish the day than to relax in the Spa after the race or swim a few laps in one of their pools. However, what sets this location apart is the charm of its beachside location.

More than 250,000 spectators will enjoy in Jerez at the start of the European leg of the championship in a circuit that was built in 1986 and witnessed milestones in the history of Spanish motorcycling MotoGP, including the speed record set by Jorge Lorenzo in 2008 or circuit record by Dani Pedrosa in 2010. What are you waiting for? You can be one of the privileged few to have this unique experience, but you have to act fast.