Posted by Fuerte Hoteles on Monday, February 25, 2013 · Leave a Comment 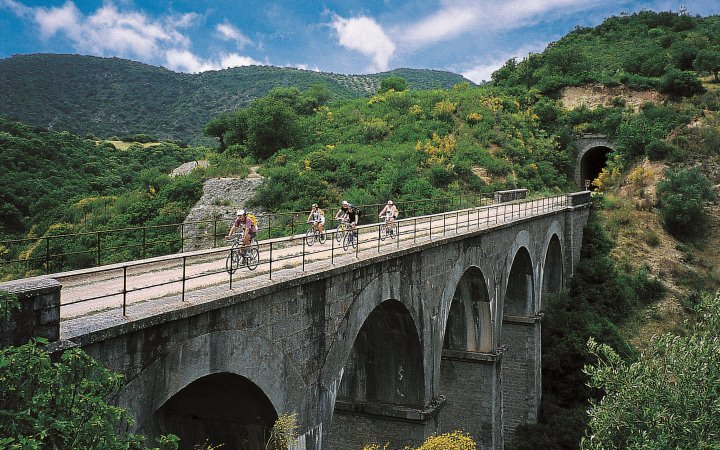 A plan to enjoy with family or friends. Photo: Greenways Foundation

Were you aware that Spain’s Southern Andalucian region is home to more greenways than any other in Spain? For over twenty years, the region has developed a program based on the British “greenways” experience with the aim of rehabilitating old, unused railways into spectacular trails for outdoor enjoyment.

Today, Spain has more than 102 greenways, spreading across 2,000km, which are explored by millions of visitors each year, including bikers, hikers, walkers, rollerbladers, wheelchairs and strollers. These paths are indeed open and accessible to all. A treat for all, these paths allow visitors to get the most out of Andalucía’s natural and cultural landscape for a day, weekend or long holiday.

One of the most popular of these is the Via Verde de la Sierra, which attracts more than 100,000 tourists a year by bike or hike, linking Cadiz and wonderful Seville.

The astounding 36 miles that make up the Via Verde de la Sierra run between Puerto Serrano and Olvera, parallel to the Guadalporcún Guadalete River. During their tour, visitors to the beautiful corner of Spain can enjoy spectacular sites, including the Rock of Zaframagón, one of the most populated reserves of vultures (Gyps fulvus) in all of Europe or immense forests of oaks, carob, mastic and olive trees, situated aside ancient castles and charming white villages.

This path also presents the rare occurrence of a route that never saw the passage of a train on this particular railway line. This project was originally intended to link Jerez and Almargen, which was paralyzed by the Civil War and built without the laying of the tracks.

A Horse or a Bicycle

The Via Verde de la Sierra can be explored by riding, cycling, walking or wheelchair (except in two particular points), staring from the old station at Puero Serrano in the valley of the Guadalete, where visitors can park their cars.

The path starts visitors on their way into the first of many tunnels that spread throughout the area called Los Llanos la Reyerta, where they can find a water mill that harnesses the power of the Guadalete River. From there, travellers can head further over the creek to the first viaduct, offering magnificent views of the area. From here, visitors will find a valley where the creek joins the Guadalete Guadalporcún, earning the place the name, Junta de los Rios. 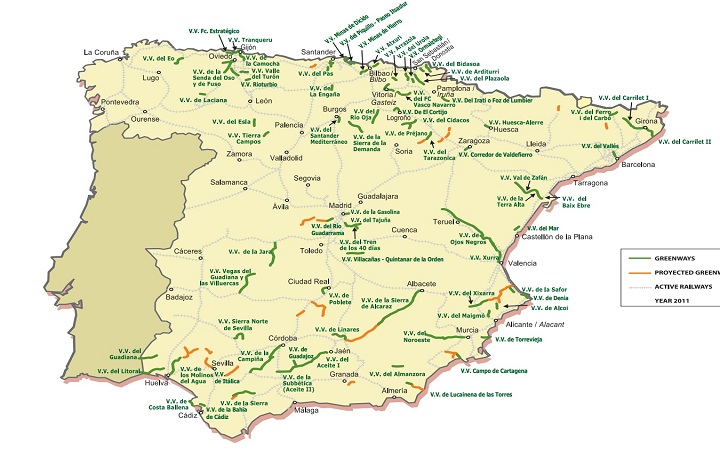 At mile 15, visitors to the greenway will find Coripe Station, which has been refurbished as a restaurant. There they can begin the route to Zaframagón Station, now converted into a natural interpretation centre, and the legendary, aforementioned rock, which is the main attraction of the path.

After passing through the Navalagrulla station, visitors find themselves in the last stretch to the old road of livestock linking the Colada de Morón and Olvera stations, offering a magnificent panoramic view of a typical white Andalucían village, crowned by a castle.

For those looking for dates to come explore this one of a kind, outdoor experience, we recommend the choice of the charming Hotel Fuerte Grazalema, located 35min from Puerto Serrano. From here, you can also complete your visit with a number of other hiking trails and incredible facilities for relaxation.

Hotel Fuerte Grazalema is situated in the middle of an incredible forest of cork trees, in the heart of the Grazalema Natural Park, complete with a swimming pool and outdoor Jacuzzi, rooms designed for comfort, offering a magnificent view over the valley of Guadalete.