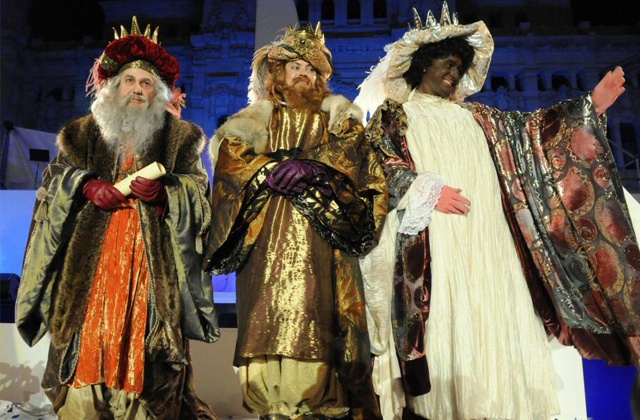 The Three Kings (Three Wise Men) Are Coming: We Present Original Ways To Welcome Them

Posted by Fuerte Hoteles on Tuesday, January 2, 2018 · Leave a Comment

The Reyes Magos or Three Wise Men are on their way and kids are starting to get nervous while waiting for their gifts. Their Majesties choose a number of different ways to visit every corner of our land to bring forth their magic. Motorcycles, skiing or riding are just some of the ways Melchor, Gaspar and Baltasar reach our children and our homes. Do not miss out on the seven most original ways to welcome the arrival of the Three Wise Men to Andalucia. 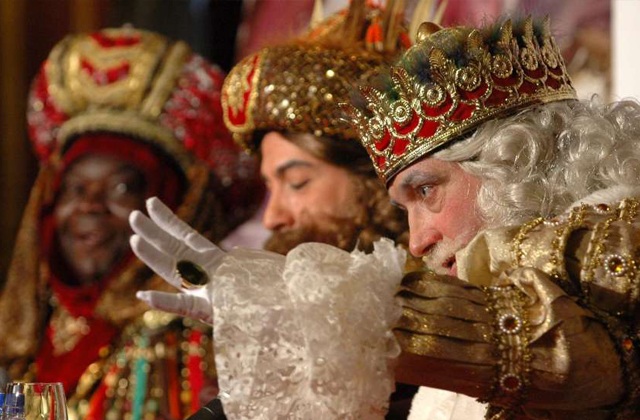 Every January 6, the Three Kings bring gifts to young and old and the families get together to share the famous Three Kings cake, but where this tradition comes from?

According to the tradition this celebration has its origin in the Gospel of San Matthew, where the Wise Men, Melchior, Gaspar and Balthasar, travelled during the night from the distant borders of the world to give gifts to Jesus, whom they worshipped as the son of God. They came from three different directions following the wake of light of the star of Bethlehem, that, as it is told, was suspended for several days on the site where the Virgin Mary gave birth.

In Spain, there are Epiphany parades since the 19th century, and they began as mere representations of the arrival of their Majesties to the city. However, since then they were kept as an emotional tradition and it’s the longest parade of Spain.

1. Skiing in the Sierra Nevada 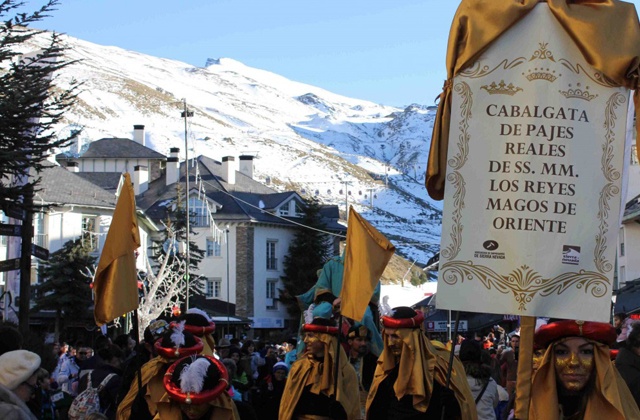 The white landscape of Sierra Nevada annually hosts one of the most distinctive and curious event of the year. The Reyes Magos come skiing down the hill to distribute toys to children from Granada. Accompanied by their entourage on sleds, this display is one of the most genuine of Andalucia. If you want your children to enjoy their Majesties in a truly original way, do not hesitate to bring the to this beautiful place Granada .

2. Into Malaga By Boat

The Mediterranean Sea welcome the Three Kings to its shores each year. The shores of Malaga just one example of this event, bringing together you and old for one of the most important days of the year. Their Majesties appear mounted on fishing boats, arriving on the shore to take on the enormous task of gift-giving. 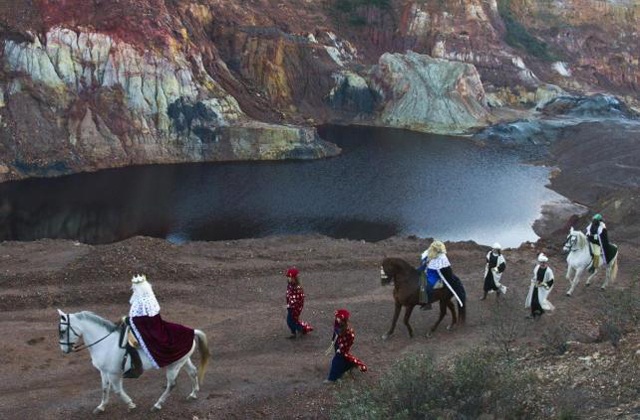 Last year, statements by Pope Benedict XVI confirmed the Andalucian origin of the Reyes Magos has changed the way of understanding this celebration across the province. In his book, “Childhood of Jesus”, the Pope said that the Three Kings came from the ancient Tartessos, making specific reference to Tharsis (Huelva). Since then, the travels of Melchor, Gaspar and Baltasar have taken on a new importance, following the Biblical telling of the event.

4. By Train to Fuengirola 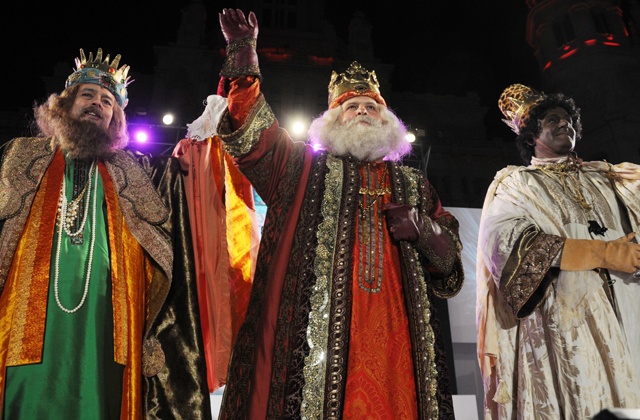 The Reyes Mago can also use public transportation. An example of this is their arrival on the Costa del Sol – Fuengirola specifically. Hundreds of children nervously await at the train station near Malaga for their Majesties to arrive and pass out sweets and treasures. It is tradition shout out last minute wishes that have been left out of letters and from those who have not reached out to them before.

The Wise Men’s camels have been transformed into a Harley Davidson. At least they have for those who belong to the Sevilla Hog Chapter, who use their bikes, leather jackets and enthusiasm to deliver presents to children each year at the Virgen del Rocio Hospital in Sevilla. Their arrival always brings out smiles among the young people at the hospital, helping them forget about their pain and condition, if just for a little while.

6. Dromedary and Camels in the Doñana 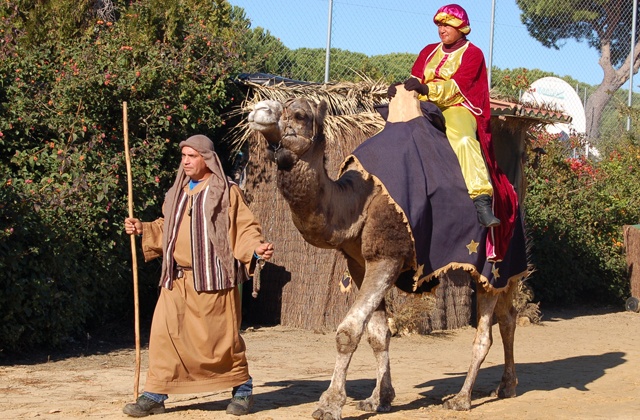 It is well known from ancient texts that the Reyes Magos preferred form of transportation was the camel. In the Doñana National Park, these animals join the fun each January, helping the Wise Men distribute gifts to local children. “African Aires” is an initiative where young and old can learn first hand about typical African species, including taking a long ride on their backs to enjoy to the natural beauty of the area.

7. The Pinsapar with the Reyes Magos 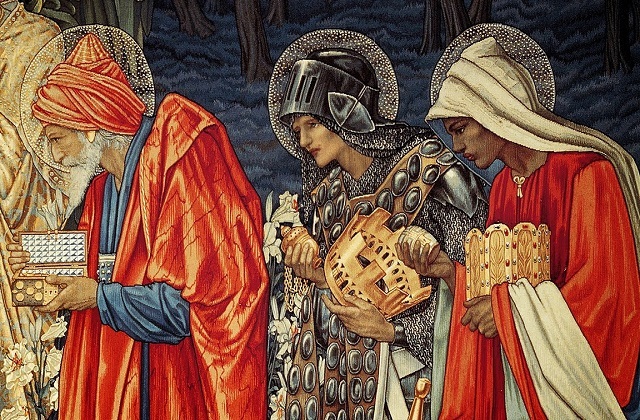 Melchor, Gaspar and Baltasar love nature and one of their favourite places is the Sierra de Grazalema. So, on the eve of the Reyes Magos, there is an organised tour of the Pinsapar. Parents and children alike can enjoy this event with their family, including a trail where a stunning species of spruce takes centre stage This is a feast for the eyes in a privileged environment.

Schedules of the Epiphany Parades 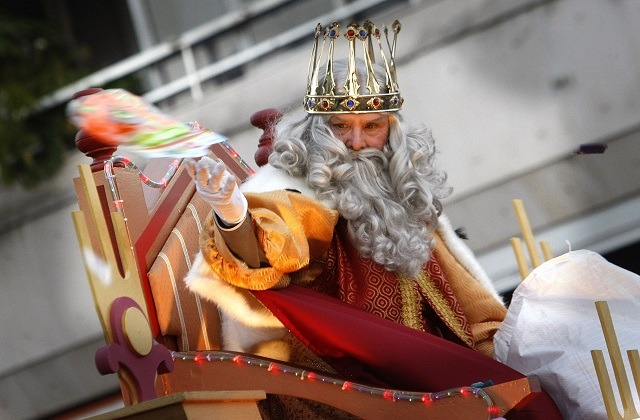 Their Majesties from the East will tour the old town of Cadiz in the Epiphany Parade this year. On January 5, as is already traditional, the floats adorned with Christmas decorations will make the delights of the youngest and the oldest in a night that will be remembered by all.

The Parque Genovés will be the starting point of the parade with their Majesties from the East at the head, and it ends in the Plaza de San Juan de Dios.

Huelva is ready for one of the most magical nights of the year. The parade of their Majesties, held on January 5, just like every year, crosses a great number of streets so thus all the children from Huelva can see Melchior, Gaspar and Balthasar.

The parades of Cartaya and El Rompido will travel, like the others, through the streets of the towns on January 5. The first will depart at 5:30pm from the Greco Street, next to the IES “Sebastián Fernández”, and will tour the Glorieta de San Isidro, the Avenida El Rompido, and the streets Convento, Moreno, Misericordia, Pérez Pastor, Flor, Corral Concejo, Santa María de Consolación, Convento, Villeda, Nueva, San Pedro, Castillo, Hospital and Plaza Redonda.

Just after the parade, you cannot miss the spectacular offering of the Three Kings, this is held in the entry staircase to the Cathedral and after this you can enjoy the concert of the Escolanias of the Gibraljaire and San Estanislao of Kostka schools.

Their Majesties will arrive in Marbella on January 5 in a ship that will dock in the port to then go to the Plaza de los Naranjos on car and then continue along Avenida Severo Ochoa, Avenida Ramon y Cajal, Avenida Ricardo Soriano and end in Plaza Monseñor Rodrigo Bocanegra.

Their Majesties from the East will arrive at 4:00pm to the town of Nerja and the parade begins at 5:00pm. And will go through the Parque Verano Azul, Jaén Street, Diputación Street, Granada Street, San Miguel Street, Plaza Cantarero Pintada, Puerta del Mar and ends in the Balcony of Europe.

The activities in Estepona on the occasion of the Epiphany will begin on January 4 when the Herald of their Majesties will be received so he can start the official reading of the royal decree, that will announce the imminent arrival of Melchior, Gaspar and Balthasar. The Three Kings will arrive at Estepona on January 5 to participate in the Epiphany parade. It will travel through the streets of Estepona: San José School, Avenida Andalucía, Avenida Juan Carlos I, Avenida España, Terraza Street, Félix Rodríguez de la Fuente Street. 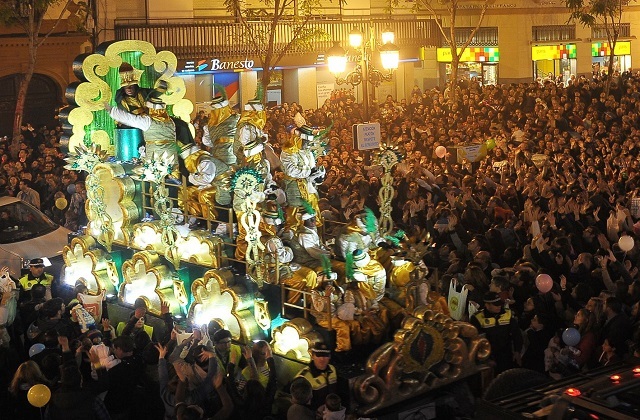 Do not hesitate to come to see their Majesties on the evening of the 5th of January and don’t forget to ask your last wishes. On one of the most emotional days of the year, children take on the central role of the day. Candies, streamers and confetti are strewn across the Spanish streets, as floats make their way from house to house, with expectant little eyes waiting for them to pass.

Fuerte Hoteles is always the best option to stay in Andalusia, visit its cities and rest. The chain has places where you can, in addition to its services, enjoy the best of each part of the region. With more than 50 years’ experience, Fuerte Hoteles is the best starting point of your perfect trip or journey.