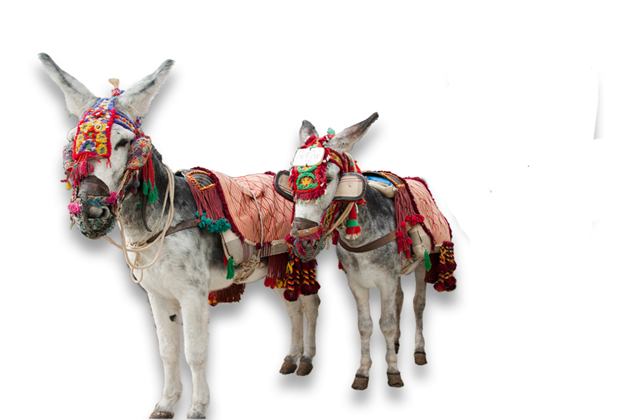 Original Villages Of Andalucia: Taking A “Donkey Ride” In Mijas

Posted by Fuerte Hoteles on Wednesday, January 8, 2014 · Leave a Comment

The Costa del Sol offers endless choices for visiting tourists, including places only found in this area of Southern Europe, combining the charm of its Moorish past with gorgeous weather throughout the year.

One of these special sites is the narrow streets and whitewashed houses of Mijas, located just 35km and 20 minutes drive away from the tourist epicentre of Marbella.

From its perch, one can see one of the most beautiful views of Malaga towards the sea, with the Sierra de Mijas behind and the Mediterranean ahead. While the village of Mijas alone is worth a visit, its donkey taxis are what really sets it apart.

The Origin Of The “Donkey Taxis”

Below, we’ve gathered the funny origins of the donkey-taxis in Andalucia. In the 1960s, area farmers returned to town with their donkeys only to be stopped by German, French and English tourists who wanted to be photographed with them, or taken for a ride. As the story goes, business for the donkey visits became so strong that tips given by tourists outpaced wages the donkeys could earn by working in the fields. Thus, the inhabitants of Mijas decided to make donkeys their new business, which is why they have become one of the town’s main tourist attractions today. Currently there are 52 licensees and 17 donkey carts running along the most scenic routes of the town’s white walled streets, nestled between the mountains and the coastline.

Additionally, animal lovers should know that this activity works in support of the species’ preservation and maintenance. After forty years of a shrinking population, with almost a million disappearing due to a slowing agricultural industry, the local donkey population has stabilised around 75,000.

Beyond The “Donkey Taxis”

The village of Mijas has been able to preserve its traditional Andalucian architecture and culture, but it has not always been easy. It was finally designated an official point of Historic and Artistic Importance in 1969. This recognition came from the town’s picturesque quaintness and character, as well as its ideal location, complete with a beautiful balcony perched on the hill overlooking the sea. Mijas has a typical cluster of narrow streets and squares, simply designed and decorated with pristine whiteness, where bars and balconies are lined with geraniums and bougainvillaea flowers.

Among its most well known buildings are the Sanctuary of the Virgen de la Peña, the Plaza de Toros and the area that forms the Church of the Conception, the Auditorium and Gardens.

10 to 22h During The Summer Months 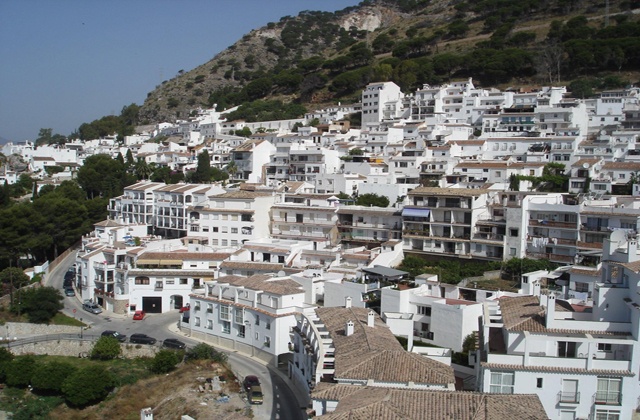