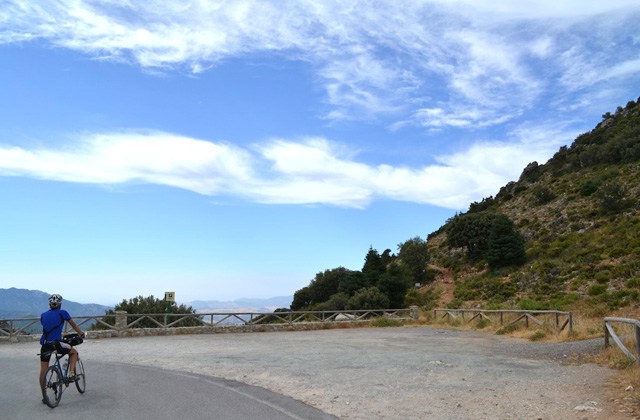 The Mountain Passes Of The Sierra de Grazalema: A Gift For Road Cyclists

Posted by Fuerte Hoteles on Tuesday, August 6, 2013 · Leave a Comment

In addition to trails accessible on foot or on horseback, winding rivers and rural tourism, one of the many attractions offered by the Sierra de Grazalema are its varied mountain passes. In a relatively small space, these routes offer the beauty and level of difficulty that sets them apart from the finest in Europe, ensuring the excitement and enjoyment of road cyclists.

The conditions are ideal for the sport. In addition to privileged geography, the Sierra de Grazalema has:

An environment so ideal for cycling that during several seasons, the professional cycling team ONCE based their winter training program here. 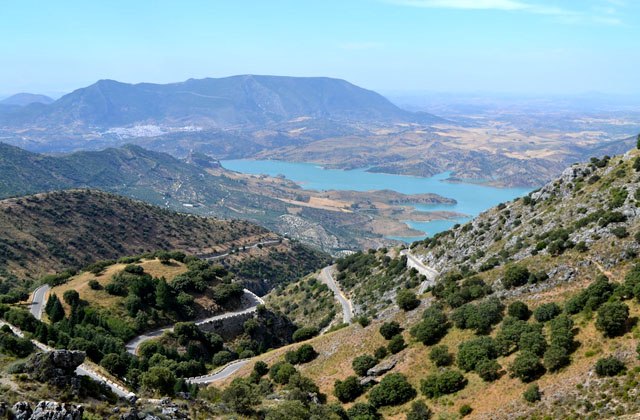 One of the largest ascents of the Sierra is the Puerto de las Palomas, listed as the highest quality and the offering the highest in the province of Cadiz. The most difficult section, running from Zahara de la Sierra to Grazalema, has been included in the Tour of Spain three different times, in the 1986, 1990 and 2002 editions.

The view that is visible from the top of this route is simply spectacular. Weather permitting, riders heading south can make out the Tajo de Ronda, the Sierra de las Nieves, the Port of Alamillos and the Sierra del Endrinal with its meanacing, smaller Reloj and Simancón. To the north, riders can see the Garganta Verde and the Sierra Algodonales Líjar. Reaching the summit is tough but the views found there will make the struggle worthwhile.

Next up, the 49-kilometre route begins and ends at Hotel Fuerte Grazalema, ascending to the Puerto de las Palomas by its shortest route from Grazalema to Zahara de la Sierra. The numbers reflect its difficulty, but its layout and landscapes make this run undoubtedly one of the most beautiful in Andalucia. It’s worth the challenge. 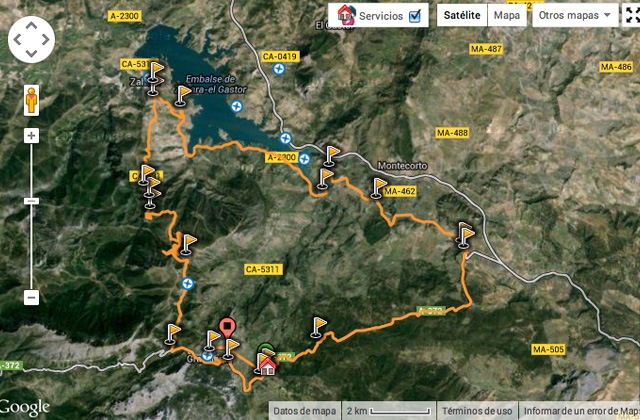 We left the Hotel Fuerte Grazalema and over the first two kilometers, we made an easy descent of about 750 metres before beginning to slowly climb. We reached the border of Grazalema at the top before being introduced to the Valle del Boyar.

At the camping height, we encountered a 100 metre ramp with an angle of 13%, allowing us to finish warming up our legs as it moved upstream. Then, after a brief respite at the Guadalete River Bridge, we again found ourselves on a slope with an angle of 6 to 7%. We then reached a crossroads that led to Puerto de las Palomas on the right and Puerto del Boyar on the left. Still about 3 miles from the pass, we encountered two fairly uniform slopes between  7-8%, with a short upper slope ramp. The view from this area is spectacular, with the green Gaidóvar Valley below us, on the right. Soon after, we accessed the top after a soft mile.

We were impressed by the altitude and force it took to get to the top but were able to recuperate quickly once we saw the views awaiting us at the lookout. We then made a quiet descent to Zahara, enjoying the views as we went. Coming down, we gradually approached the Zahara de la Sierra and its unique castle, which we could see from above.

We ran along a swamp on a road we’d just travelled. We took an exit on our right that led to the La Ribera pass, one to the left that led to the Montecorto and back up the gentle slops of the Puerto of Montejaque, at 720 metres high. We left another exit on our left to take us to the Ronda-Sevilla road leading into the beautiful cork forest that runs another bearable 10 kilometres that took us back to the Hotel Fuerte Grazalema.