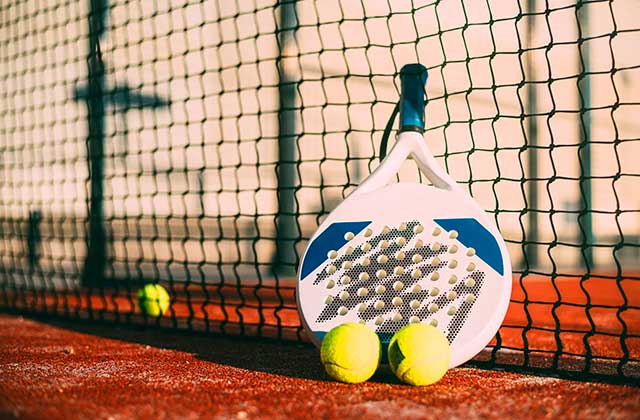 Paddle has had an exponential growth during the last years for being an entertaining and with a strong social dimension sport. At this time both Costa del Sol and Costa de la Luz have become one of the nerve centers of this sport in Spain thanks to its good temperature throughout the year and the biggest and most modern outdoor infrastructures where to practice it. In this article we give you some places and some tips to enjoy this entertaining sport. 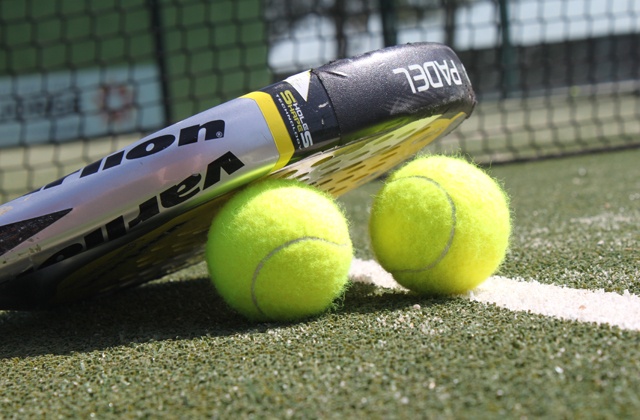 This sport was invented in Acapulco, Mexico, by Enrique Corcuera around 1969. After its popularity in various South American countries and in Spain, began to spread its practice in America and Europe. The great success of this sport in Spanish areas such as Costa del Sol made it popular among tourists from Northern Europe, mainly from the United Kingdom.

The English word paddle, in its sense of racquet or racket, was translated as «pádel» and was included in the 23rd edition of the dictionary of the Spanish language of the Royal Spanish Academy. This allows to differentiate it from a namesake sport that is practiced in United States with different rules and under the name of paddle tennis.

What is the best time to play paddle tennis? 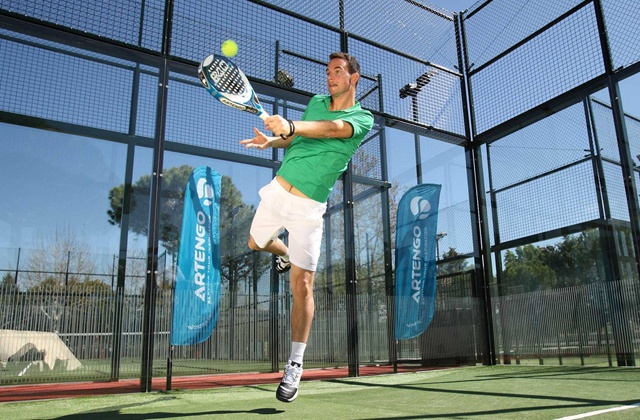 Paddle is usually played in shared courts. That is to say that we ‘book’ one hour or one shift to play (the matches, if played in full, usually last more than one hour).

On many occasions is the time we can gather the four players, which already by itself can be tricky, so when we become enthusiasts we try to book in our busy week a few hours for paddle in accordance with our game partner. But sometimes we have more ‘freedom’ to book the court when we want and certainly that we have asked if some hours will be better than others and all that depends on:

The Club El Candado is one of the most prestigious in Costa del Sol by its facilities and location (just ten minutes from the Center of the capital). It offers seven paddle courts and the biggest sports school so that young and old learn and improve in this sport that is easy to play, but that any support lesson will help us to progress more quickly. The Candado Club hosts the paddle provincial tournament matches. 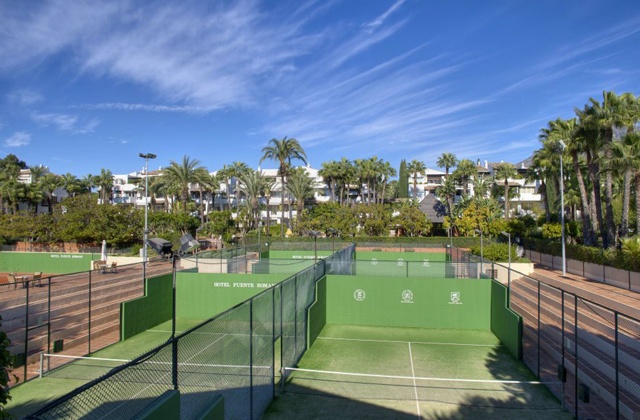 From the creation of the Club Puente Romano (was inaugurated by the legendary tennis player Bjorn Borg), the paddle has had a privileged place between its activities. The center has four courts by which have passed some of the best rackets and racquets of the national panorama thanks to the hosting of tournaments as the Andalucía Tennis Experience, included in the official circuit of the WTA and one of the official trials of the World Paddle Tour. 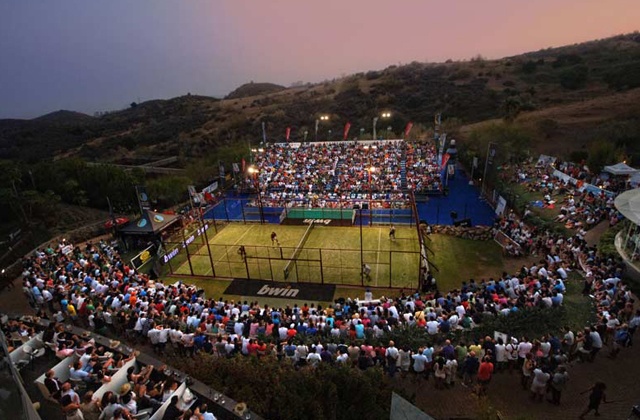 In Benalmadena, we have two landmarks in what refers to the practice of paddle tennis Costa del Sol. The Club Municipal de Raqueta de Benalmadena is a place designed exclusively for the practice of tennis and paddle. It is located in the heart of the town just three minutes from the beach. By its part, at Reserva del Higuerón is located one of the largest racket complexes of Costa del Sol and of Andalusia, with up to 11 courts to play this sport.

Paddle center located in Puerto de Santa Maria. Has 5 paddle covered courts and a space of 500 m2 with three independent rooms for the practice of collective activities, like spinning and bodybuilding. Also places at the disposal of its customers a coffee shop and a children’s Playground.

These facilities welcome during the month of July the event El Puerto de Santa Maria International Open 2013 of the World Paddle Tour circuit.

The Montepalma Sports Complex is located in one of the most privileged areas of Algeciras, specifically in the young neighborhood of San Bernabé and has about 24,000 m2.

Has 10 paddle courts (8 of wall and 2 of glass), 6 tennis courts, gym, soccer fields and sauna. A complex that aims to attract the entire family. 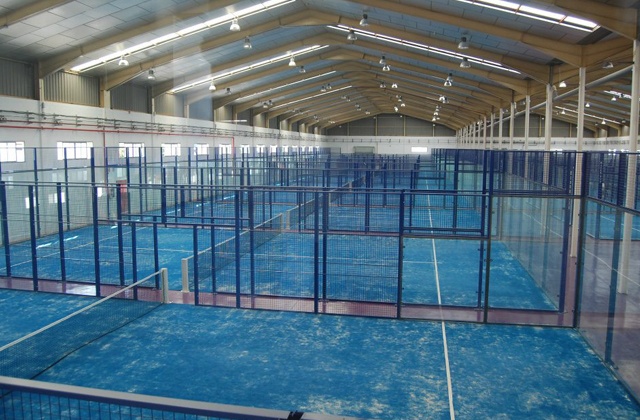 The Club Padel Indoor Conil is one of the best covered facilities of the province of Cadiz, has 5 paddle glass courts, 4 double and one single. You can also find a Paddle school where you can have monthly and private classes. 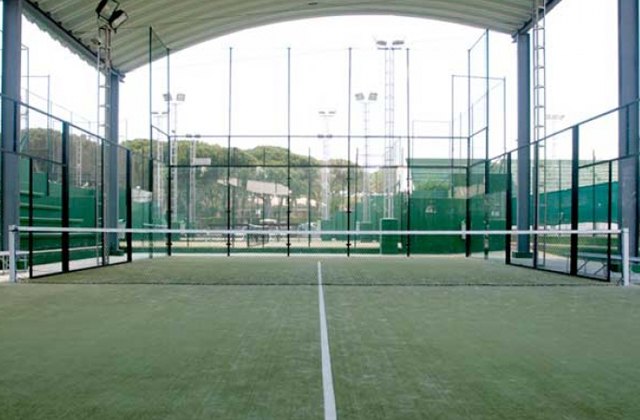 With more than 35 years of history Vista Hermosa Club de Golf is already a veteran entity, recognized and respected since the beginning, that during all this time has been a mirror of good work and social and cultural animation in the province. Although it is not a club dedicated to paddle, it has 9 paddle courts, organizes all type of paddle competitions and has its respective school.

Besides having the usual facilities and services in paddle centers, places at the disposal of its customers tennis courts, golf courses, pools, restaurants and all the imaginable in a club of such tradition.

The Real Club Marítimo and Tenis de Punta Umbría has currently two clay tennis courts and two paddle tennis courts of wall and a carpet surface. Also has changing rooms for ladies and gentlemen and bar and restaurant. In the Summer, championships are held and throughout the year classes both of tennis as of paddle are taught. 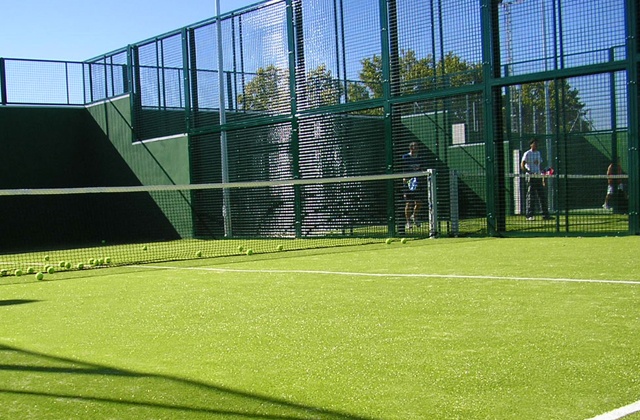 The Polideportivo Municipal de Isla Cristina turned along the years in one of the most complete of the area, thanks largely to the enlargements and improvements that it went through.

It currently has major facilities such as the four paddle courts, two of them of artificial grass and glass, all surrounded by a landscaped outdoor for paddle tennis Costa de la Luz. 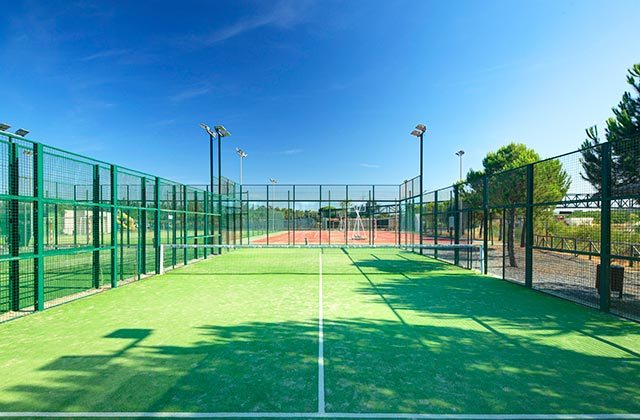 The best option to stay if what you are looking for the best paddle courts is Fuerte Hoteles. The chain has facilities where you can enjoy, in addition to its services, the best of each point of the Andalusian coast. Its more than 60 years of experience are the best guarantee to dedicate your time only to relax and enjoy the Sun and the sea. Marbella, Torrox, el Rompido and Conil are some of the spots where you can find these incredible accommodations next to the paddle tennis court where you can enjoy of the best matches.