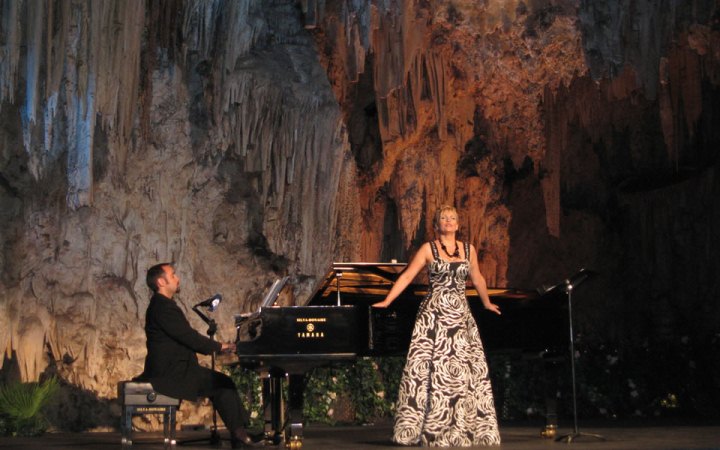 Flamenco and classical music come together against the beautiful, natural backdrop of southern Spain’s Costa del Sol stunning Nerja Cave from July 17 through the 21st.

Held in the legendary Nerja Cave, just east of Malaga, the 53rd annual edition of the Music Festival and Dance offers the opportunity to enjoy five days of dance, flamenco and world music against a one of a kind backdrop of stalactites and stalagmites.

In addition to providing a truly one of a kind setting for such a festival, the Nerja cave offers exceptional natural acoustics for the musical gathering on the eastern Costa del Sol. Just minutes drive from the Malaga airport, Nerja is an ideal escape, complete with wonderful weather and an endless offering of cultural activities such as the International Festival of Music and Dance held each summer.

Opened to the public on June 12, 1960, the Cave of Nerja first hosted music and cultural performances with the ballet “Le Tour de Paris” accompanied by the Symphonic Orchestra of Malaga. The unique settting was chosen for the innagural showcase that became the International Festival of Music and Dance.

Offering a natural setting of exceptional beauty and acoustics, the cave has helped make the music and cultural event a roaring success in every one of its previous years. Today, the festival stands as not only a celebration of music and tradition, but also the discovery of such a unique performance space.

The Discovery of the Cave of Nerja

Discovered about a year and a half before the festival began, the Cave at Nerja came to light on January 12, 1959, when Francisco Navas Montesinos, Miguel Muñoz and Manuel Zorrilla, José Luis Barbero de Miguel and Jose Torres Cardenas decnded into the space now known as “La Mina” sumbled upon the Cascade Ballet- the impressive Cueva de Nerja.

The Cave of Nerja, now known as the “natural Cathedral of the Costa del Sol”, is located 750 meters above the coastline on the face of the Sierra de Almijara. The cavity open to the public has an area of about 140,000 square meters, with a length of 700 meters.

However, perhaps the site’s most exceptional and impressive attraction is the large column in the Hall of the Cataclysm, with a height of 60 meteres and diameter of 18 meters.

Not long after the cave discovery, the full impact of the finding was recognized with the declaration of the site as a Historic Artistic Monument and, later as a Site of Cultural Interest, with the category of Archaeological Zone.

The Cave of Nerja is also one of the richest deposits of southern peninsular prehistoric art forms, complete with 589 types across 321 groups. The artwork is classified into two large groups, the Upper Paleolithic and Late Prehistory, though unfortunately, the rock art on site cannot be visited by the public for conservation reasons.

A Holiday Escape in Nerja 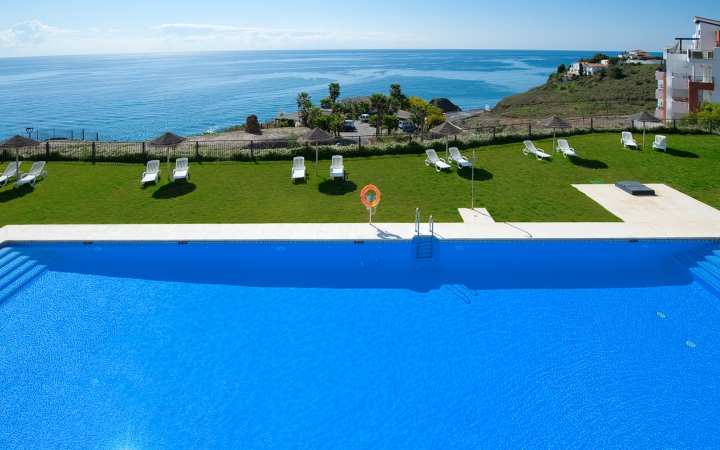 With the draw of the region’s weather, sites and cuisine, the annual festival is just one more reason why Nerja provides an ideal escape for travelers to the eastern Costa del Sol. Offering easy access to the beach and the cave, the Calaceite Fuerte Apartments in Torrox Costa allow a comfortable stay with all the amentities of home.

Part of the Fuerte Group of Hoteles, the apartments offer a relaxing stay for couples or families in a charming, exsquisite corner of the Costa del Sol, just minutes drive from the Malaga airport. Visitors are treated to time by the pool or Southern Spain’s culinary delights on spacious terraces overlooking the sea.

Fuerte Hoteles is a hotel chain with seven locations and a vacation apartment establishment situated in the Spanish cities of Marbella, Estepona, Torrox, Conil, Grazalema and El Rompido. This hotel chain is mainly characterized by its concern for tourism excellence, environment preservation, continuous training for their employees and its commitment with social and cultural development.