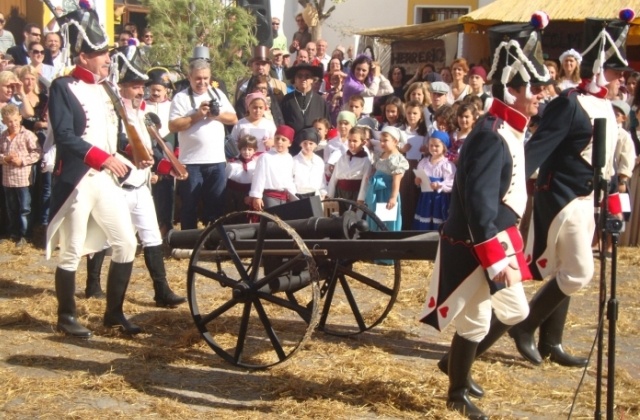 Unique Festivals of Andalucia: The Battle of ‘The Bridge’ in Montejaque

On the 19th and 20th of October, the Cadiz village of Montejaque, in the Sierra de Grazalema, will host the recreation of the ‘Battle of the Bridge’, where 200 brave villagers were victorious in the face of 700 French soldiers.

In 1810, neighbours from Montejaque, Benaojan, Atajate, Cortes de la Frontera and Jimera Líbar joined together under the command of guerrilla José de Aguilar, to expel French troops in a battle that took place beneath the Gaduares River Bridge during the War of Independence.

Blacksmiths, saddlers, chestnut farmers, millers, bakers, seamstresses and waitresses are all represented in this story that came to define the future of the local people. During the battle, Napoleon’s troops were so impressed with the valiant, fighting spirit of the women of Montejaque in their efforts to defend their life and home, they were said to have remarked: “Do not kill a woman from Montejaque, marry one.”

We urge you to enjoy a unique event in unique surroundings. Those attending the weekend’s festivities can also find a number of other activities, including hiking, caving, mountain biking and horseback riding. What’s more, the Hotel Fuerte Grazalema is located only 24 km from Montejaque, in the heart of Sierra de Grazalema Natural Park, one of the most protected reserves on the European continent.

Further, if you decide to stay for the entire weekend, we suggest hiking the beautiful, “La Puente” hiking trail, which begins and ends at the doorstep or our hotel.