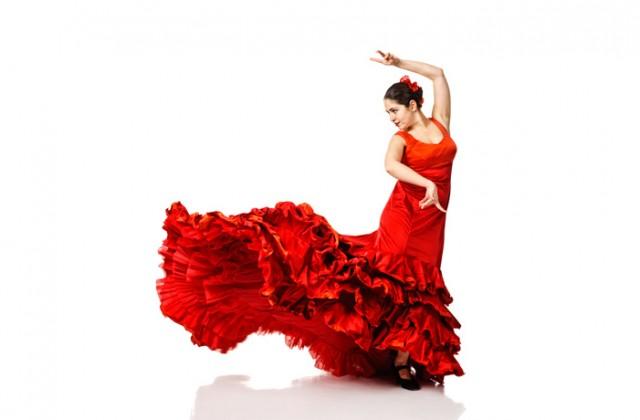 Posted by Fuerte Hoteles on Thursday, March 12, 2015 · Leave a Comment

Flamenco comes to Málaga for another year to flood the streets with this art for the people of the province until next September. The IV Bienal de Flamenco de Málaga will feature 40 municipalities where dancing, singing, concerts and cultural exhibitions on this subject will put this Intangible Heritage of Humanity at your fingertips according to UNESCO.

Do not miss the opportunity to experience this first-hand between February 17th and September 20th, 2015, where more than 200 artists from all three disciplines – singing, dancing and guitar – can be found. Amongst others, there will be José Mercé, Eva La Yervabuena, Marina Heredia, Farruquito, Argentina, El Pipa, La Moneta, El Pele and Antonio Canales.

Let flamenco music seduce your senses and enjoy everything the Costa del Sol has to offer. 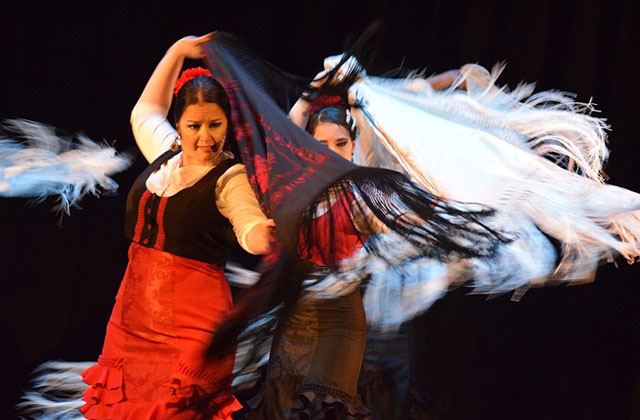 Undoubtedly, the IV Bienal de Flamenco de Málaga contains the best flamenco shows you can find. The organisation has set up a website here you can learn about the events. You can enjoy every variety, including romance, soleá apolá, seguiriya, granaína con abandonaos, tientos azambrados, soleá por bulerías y jaleos and others. Great figures of the flamenco music world come to Málaga to dazzle us with their art.

The IV Bienal de Flamenco will feature seven months of concerts, recitals, exhibitions, courses, presentations of albums, educational workshops, training courses, lectures and film screenings. A whole range of possibilities at your fingertips to see first-hand one of the most significant essences of Spain.

The Programme and Its Stages 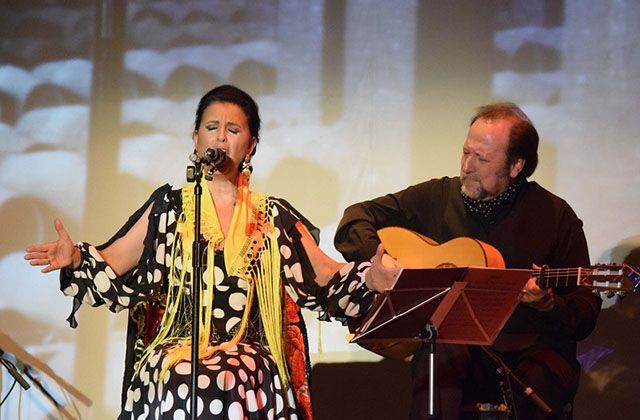 La Cueva de Nerja, Gibralfaro Castle in Málaga, the Muralla del Carmen de Ronda or the Corralón de Santa Sofía are some of the flamenco bars dedicated to the enjoyment of all lovers of this art. Do not miss the most significant events and places which we will state for you below.

March 13th: Luisa Palicio from Estepona will be at the Auditorium Philip VI of Estepona on March 13th with a new show, ‘Sevilla’.

May: Málaga dancers residing outside of their land will have their own space at the Biennale in the series ‘El baile por bandera’. The Edgar Neville auditorium belonging to the Council of Málaga will be the stage on every Saturday during May. They will perform weekly in this order: Carmen González, who will count Antonio Canales as a guest artist, Sergio Aranda, Ramón Martínez, Adrián Santana and Moisés Navarro.

June 5th: the dancer Úrsula Moreno is due to perform on June 5th in the Corralón de Santa Sofía, a space shared with La Repompa (June 4th) and La Cañeta (June 6th).

June 27th: The local dancer La Lupi will perform at the Teatro Municipal de Marbella with her show ‘RETOrno’

August: “El Colmao de El Pimpi” will complete the thematic cycle to be performed over the next seven months in the province. A dinner for 40 people with flamenco show included. Every Friday during May, June, July and August.

Tickets can be purchased here. 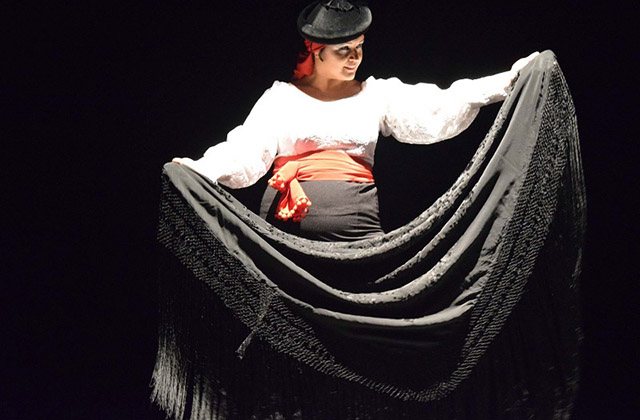 The artists that go to Málaga flamenco bars during this IV Bienal de Flamenco are the most recognised of this musical form, both for singing and dancing. During this March, Pilar Soto puts the most traditional touch with her powerful feet in “La Pincelá”, a show where the dancer and her company, made up of six women, amaze with their feminine movements that highlight the elegance of their arms and hands, accompanied with shawls, plain, castanets and batas de cola.

In April, for example, we can enjoy the magic of Paco de Lucía disappeared in a documentary entitled “Paco de Lucía, la búsqueda” (“The Search”) where the artist’s routines are followed on a tour conducted in 2012. This didactic and introspective way is perfect for geting to know one of the biggest Spanish talents on the guitar and pay tribute.

In May, in the show “A palo seco” (“A capella”), Carmen González takes the stage with another of the greats, Antonio Canales. Every month continues with the cast of characters who visit Málaga such as Juan Pinilla, Manuel Moya, Manuel de la Curra and Fran Vinuesa, Isabel Guerrero, Carlos Haro and José Mercé, among others. 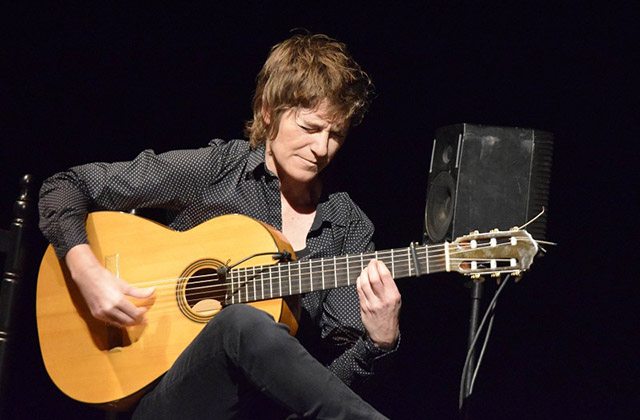 Speaking of Andalucia and of UNESCO is to speak of flamenco. In 2010, it was declared Intangible Cultural Heritage of Humanity and represents the style of music and dance typical of Spain. Its birthplace is in Andalucia and it covers a wide range of varieties. A guitar and a voice are enough instruments for a great flamenco show, all seasoned with a good bailaora (flamenco dancer).

Flamenco is a very popular form of dance and it spreads internationally every day. In Latin America, there have been a number of associations and academies of flamenco, and in Japan, there are even more than in Spain.

Flamenco in Andalucia is present at public and private parties and has become an economic engine for the cultural industry. Now with this IV Bienal de Flamenco, Málaga pays a tribute to this art without borders. Do not miss one of the world’s richest and most complex cultural manifestations. 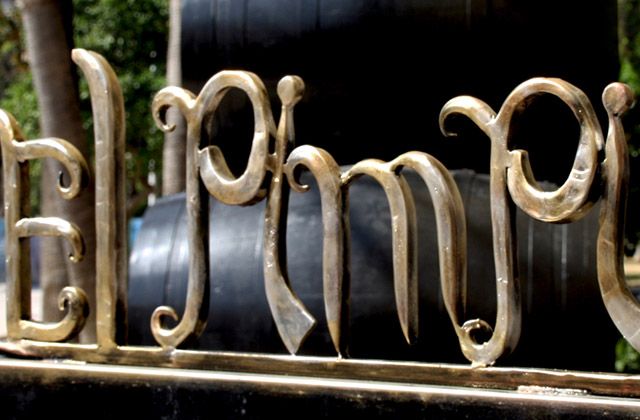 If all this art is combined with local cuisine, the mixture can be explosive. Flamenco bars always serve the best wines and the best tapas. In the capital of the Costa del Sol, we suggest that once the flamenco show ends, come and eat some croquettes at El Pimpi, a good plate of Spanish ham at the Cervecería de los Gatos, or lomo de orza (fried pork tenderloin) at La Tranca.

There are many establishments in Málaga and its province that offer good tapas at an affordable price. Tapas are a tradition to be followed if you spend your holiday in Andalucia. To all this, you can add a delicious sweet Málaga wine which you can try in the winery Antigua Casa de Guardia, among other places.

Don’t hesitate; plan your holiday now and select the province of Málaga as the destination. You won’t regret this flamenco-based experience. Don’t wait for a friend to tell you about it, see it for yourself. 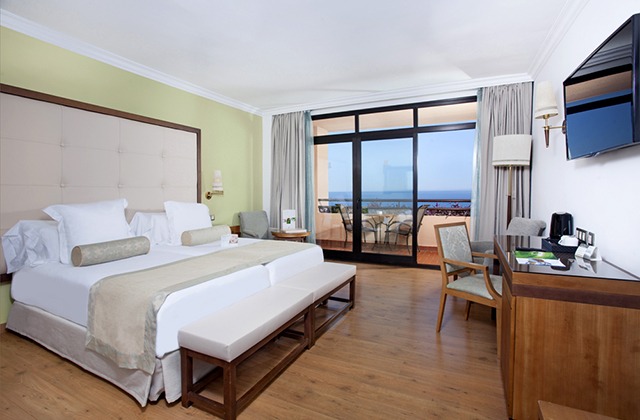 The best place to stay for this special flamenco route through the province of Málaga is definitely Fuerte Hoteles. The chain has hotels where you can, in addition to their services, enjoy the best of each area in the province. The chain’s more than 60 years’ experience are the best guarantee. Marbella, Conil, Grazalema and Torrox are some sites where you can find these amazing hotels, close to all the shows of the IV Bienal de Flamenco de Málaga.