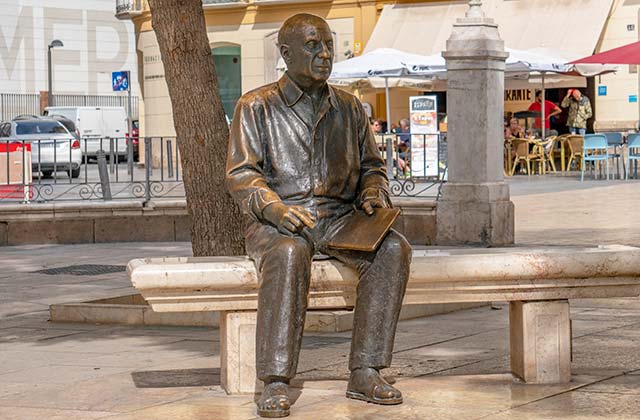 Posted by Fuerte Hoteles on Tuesday, October 6, 2020 · Leave a Comment

On the shores of the Mediterranean Sea in the city of Málaga, 139 years ago, Pablo Ruiz Picasso was born, the father of Cubism and a legendary artist. The young painter lived the first 10 years of his life in the capital of the Costa del Sol, his childhood being marked by the marine nature of Málaga, which would then influence be reflected in his work.

The land where he was born also wants to pay homage to him and enhance, among other venues, Picasso’s place of birth and the museum which also bears his name. If you are traveling to Málaga, don’t settle for seeing the typical places which honour the artist; plunge further into the city that was the birthplace of the painter. We offer this Route which will allow you to enjoy first-hand the everyday spaces that were part of the life of this universal genius. 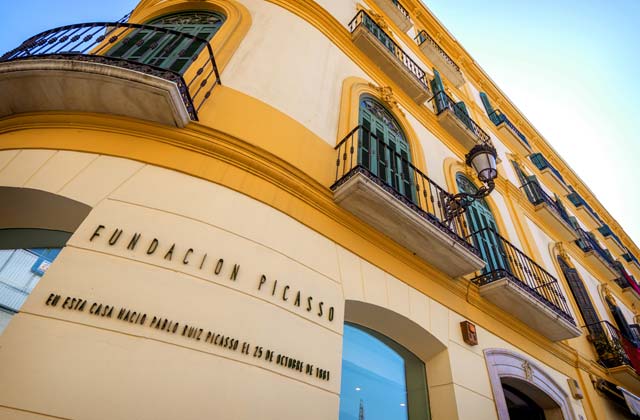 The route must begin with the birthplace of artist located in the Plaza de la Merced, Málaga. Just before you reach the house where he was born, you can take a picture with the bronze figure of the painter which sits on a bench. Once there, it will take you back to the late nineteenth century to his infancy within the walls inside which he was born. Facilities include a documentation centre, art collections, a cultural promotion department that organises exhibitions and conferences, and the Birthplace Museum which you can visit. An excellent starting point for an alternative route in search of the origins of the father of Cubism. 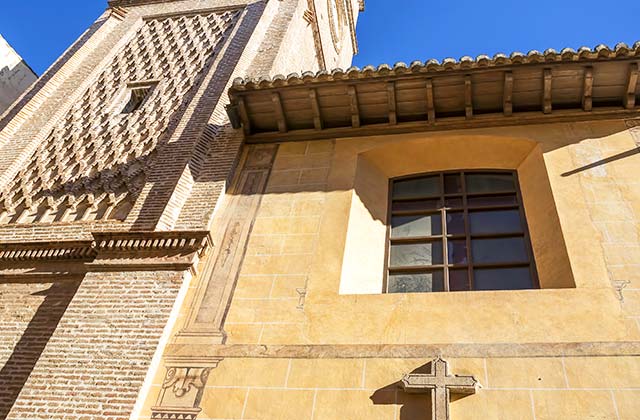 Pablo Diego José Francisco de Paula Juan Nepomuceno María de los Remedios Cipriano de la Santísima Trinidad Ruiz y Picasso: this is the full name by which the artist was baptised in 1881 in the church of Santiago. This unmissable enclave on the Picassoan Route has been declared of Cultural Interest (BIC). This is the first Christian church built in the city after the Reconquista and still retains Muslim elements of the mosque which stood on the site before it was transformed into a Catholic church. An important place to enjoy its aesthetic elements and to be part of Picasso’s family’s faith. 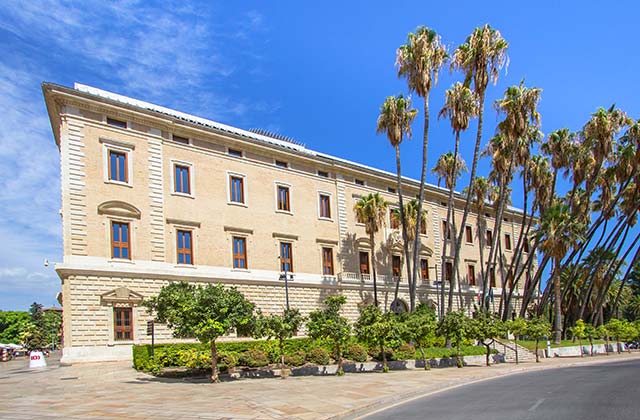 Picasso’s father, José Ruiz Blasco, was an art professor at the School of Fine Arts in Málaga called San Telmo. The building currently houses the Ateneo in the city. Undoubtedly, this was the first contact Pablo Picasso had with classical studies which his father instilled him since childhood. Although he never made any progress in this place, the influence of this school was always present in his evolution as an artist. Do not overlook this historic building and enjoy its elegant Mannerist interior. 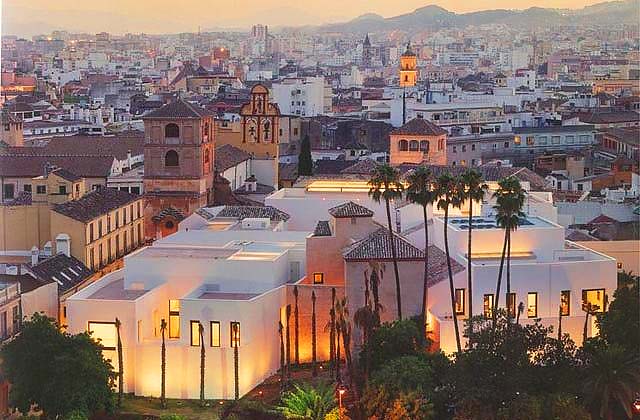 The Old Municipal Museum in Málaga was another space where Picasso learned the noble craft of painting from his father. José Ruiz was curator of the Municipal Museum and had his workshop installed there. The museum space was located in the Convent of San Agustín in the historic centre next to the Buenavista Palace, the current location of the Museo Picasso Málaga. The artist fondly recalled on numerous occasions this stage with his father. “A place like any other, with no special conditions; a little dirtier, perhaps, than that I had at home; but it was quieter there …” confessed the painter. The child would accompany his father at times and learn the routines and secrets of painting. On the Picassoan route on offer, make sure you don’t miss this point where the artist’s young eyes were feasting on his father’s techniques of drawing. 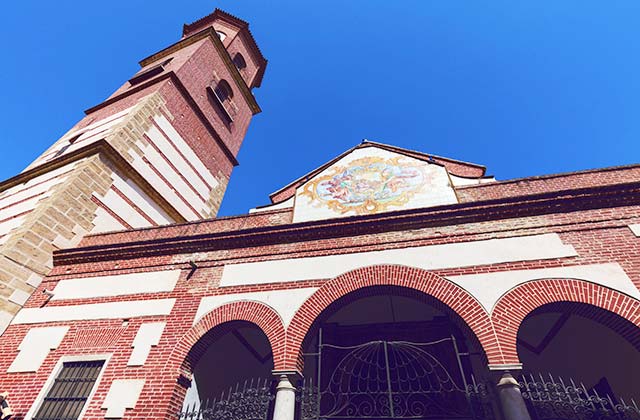 Church of the Martyrs, Málaga

Another place to go if you want to learn about the daily life of the young Pablo Picasso is the street Comedias, where the San Rafael school was located. It was a secular and modern school, although the painter in his childhood didn’t enjoy attending classes. Legend has it that sometimes he would carry some of his father’s objects to the classroom so that he had to go at midday to pick them up. He would say he felt sick so as not to go to school and to stay close to his father at the School of Fine Arts. There is no school there now but is pleasant to take a walk through one of the narrow streets of Málaga and come out at the Church of the Martyrs. An area with an artisanal feel through which young Picasso ran every day. 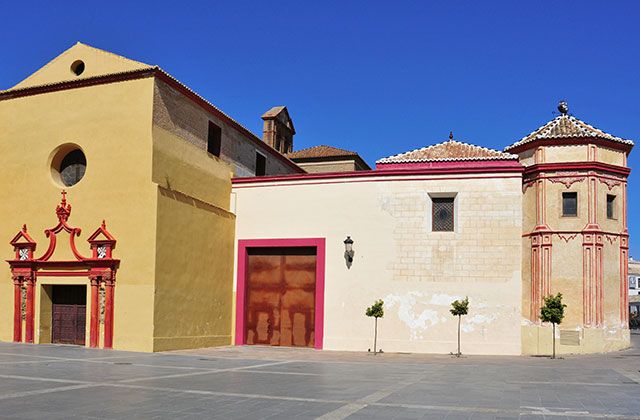 El Perchel or Los Percheles is a neighbourhood in Málaga that is currently located in the downtown district of the city but it was not always so; initially, it was the first suburban settlement of the capital. The current name comes from the industry that made the area famous for drying fish, for which perchas (hangers) or sticks were used. Part of the Picasso’s roots arose here as his maternal grandmother, Inés Lépez Robles, belonged to a poor family of coopers. One of the letters that Picasso himself wrote reads: “(…)I was born of a mother who was the daughter of a fifteen-year-old born in Malaga in Los Percheles, the handsome bull that engenders me, its head crowned with jasmine.” Take a tour of this traditional neighbourhood in Málaga which was named in Don Quixote by Miguel de Cervantes himself.

7.     Port of Málaga and the historic city centre 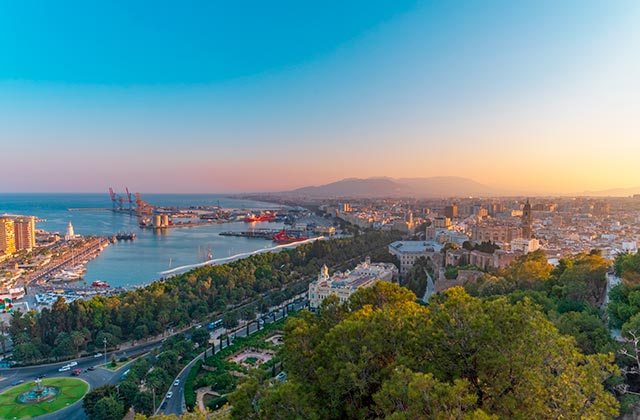 The influence of Málaga in the artist’s work is latent, although he had to leave town at the age of ten. As a child, he painted “View of the port of Málaga” which reflects the sea where he was born. You can visit this marine enclave and then delve into the historic city centre to understand the Málaga spirit that pervaded the artist throughout his life and which is reflected in Cubist works with traditional Andalucian still life paintings and paintings of flamenco dancers. In the street Granada, you can buy bottles of both Ojén and Málaga wine (shown in various paintings) and stop by the gardens of the Plaza de la Marina to see the sculpture of El Cenachero, a fisherman who carried fresh fish in his cenacho (hamper) through the city to sell and which Picasso also reflected in his work. Breathe the air of this wonderful city and take a break from your Picassoan route in the Plaza de la Merced to see how the pigeon’s flutter, animals which the painter saw from his window every day and which were also reflected in his paintings and drawings. 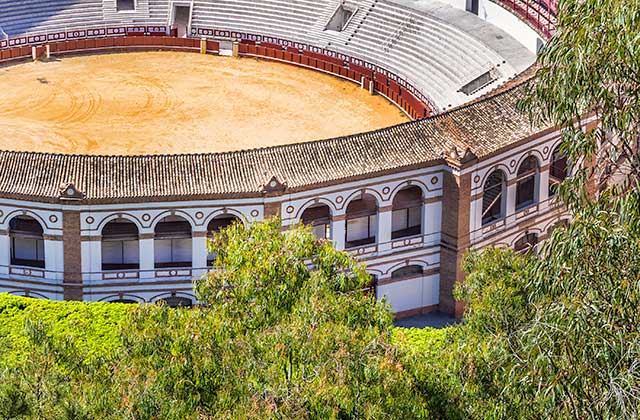 Picasso started painting at a young age and when he was eight, after a bullfight and under the guidance of his father, he painted “The Little Picador”, his first oil painting. Bullfighting was always present in his work and La Malagueta is the bullring where he went with his father as a child to enjoy the art of bullfighting. On this route, you must come to the Neo-Mudéjar bullring where, among other celebrations, the “Corrida Picassiana” (“Picassoan Bullfight”) is held during Holy Week, named after the artist. 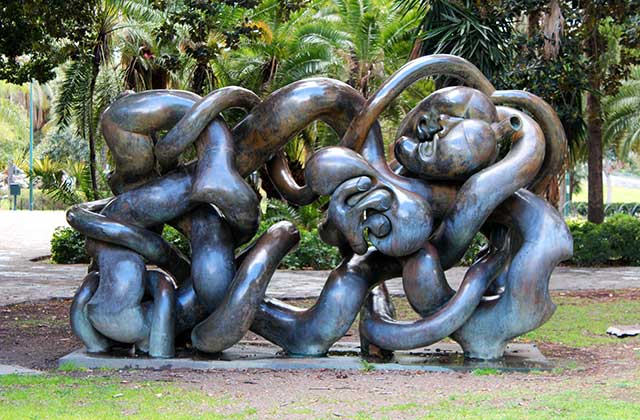 Picasso has had streets, plazas and monuments dedicated to him throughout Málaga. One of the highlights of the capital of the Costa del Sol which bears the name of this universal artist is Picasso Gardens, located where the old textile factory, La Aurora, stood. There are more than 16,000 square metres full of greenery where you can walk peacefully and remember the Cubist painter. Here you will find several examples of ficus that are among the largest in Europe. 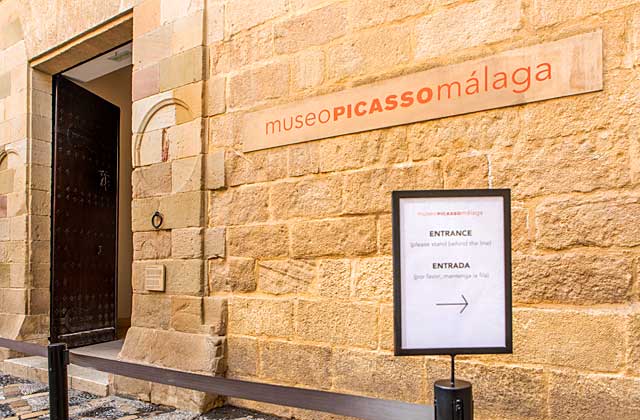 Located in the Bellavista Palace in Málaga is the Museo Picasso Málaga (MPM). This space reflects the desire of Pablo Picasso that his work is present in the city of his birth. The 285 works in the MPM Collection are the result of their being transferred by his heirs. This museum space includes the revolutionary innovations of Picasso, as well as the wide variety of styles, materials and techniques he mastered. They stretch from the first academic studies to his vision of classicism, via the overlapping planes of Cubism, ceramics, his interpretations of the past masters and his paintings from the seventies. On the Picassoan route, this unmissable enclave is an essential spot.

Discover the 12 most important museums in Málaga, the cultural destination in Andalucia

The best option in which to stay in Málaga and to understand the childhood and the memory of Pablo Ruiz Picasso is, undoubtedly, Fuerte Hoteles. The chain has branches where you can enjoy the best of each area throughout the province, in addition to its services. Its more than 60 years of experience are the best guarantee. Marbella or Torrox are some sites where you can find this amazing accommodation.