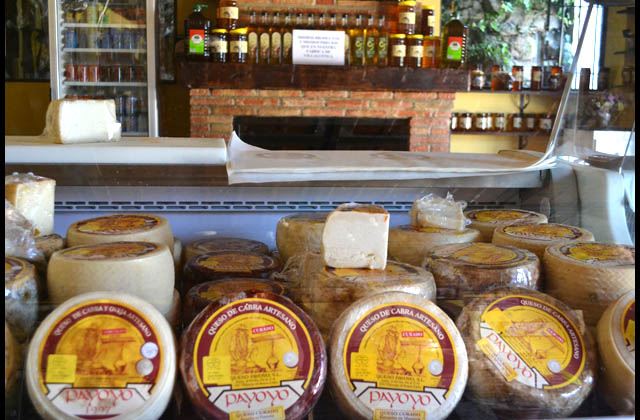 The Payoyo Cheese, One Of The Treasures Of The Sierra de Grazalema’s

The Payoyo Cheese, an artisan cheese of the Sierra de Grazalema, is one of world’s finest cheeses. Recognised several times at the “World Cheese Awards”, it is made with milk of the native cattle species: the payoya goat and the merina sheep from Grazalema (known as “grazalemeña”).

Around the middle of the 1990s, the entire goat and sheep population that grazed around Sierra de Grazalema was sold to French companies, leaving almost no profit to the local community. In 1996, Andrés Piña and Carlos Ríos created a cheese factory, taking advantage of the peculiarities of the local flock, which contributed to the preservation of the native species and traditional cattle techniques, and also helped to develop a small, sustainable industry that respects the environment.

The house bet (correctly) on the coming popularity of fresh and semi-cured goat cheese, some of which are covered with butter, rosemary, wheat bran and red pepper. This proved to be a great innovation in a region that was usually only known for cured sheep milk cheese, sometimes mixed with goat milk.

Nowadays, more than just awards, the company’s cheeses have earned a place at three Michelin stars restaurants around the world, and sold at “delicatessen” stores in Japan, United States and United Kingdom (at the famous Harrod’s, as an example).

At the Payoyo Rural’s building (Finca Las Hazuelas, Grazalema) tastings can be attended every Sunday at 12:30 and beginning in the middle of August, cheese workshops can be scheduled allowing participants can take home fresh batches that they make themselves.