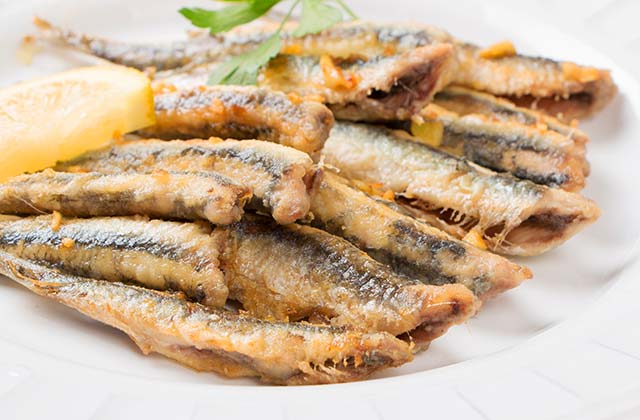 Posted by Fuerte Hoteles on Tuesday, August 25, 2020 · Leave a Comment

During a visit to Malaga, there are a number of places worth visiting. In addition to touring the streets of the old town, some of the sites that are well worth a visit are the Alcazaba, the Cathedral and its Museum, the Roman Theatre, the renovated Port, museums like Picasso and Thyssen or the Castle of Gibralfaro. However, when approaching a city and culture, one of the important issues is its gastronomy.

In the case of Malaga, if we think about its cuisine, it is impossible we don’t mention the “pescaíto” (little fish) and more specifically, one of the stars of the dishes of Málaga: Malaga’s anchovy or “vitoriano” or “boquerón” which owes its name to the season it is fished, around the time devoted to the virgin of Victoria, the patron of Málaga.

The ‘Victorian’ anchovy in history

Surely many citizens born in recent decades do not know where it comes from or what a Victorian anchovy is; it is just considered a delicatessen. It is the collective awareness found in the connection between Málaga with this fish and vice versa, establishing itself as an icon of the city. Not in vain the inhabitants of the city proudly call themselves “boquerones”.

The first records of the term date back to the seventeenth century mentioned by the local poet, Juan de Ovando. There were subsequent dictionary definitions from the RAE since the end of the eighteenth century referring to its “delicate taste, they are caught in great abundance in Málaga”. Multiple testimonies of poets and writers throughout the nineteenth century praise its quality and reaffirm their identity with Malaga. In the words of Granada Pedro Antonio de Alarcon: “Málaga, home of the best anchovies in the world” and the essayist and gourmet Cadiz, Dionisio Perez (Post-Thebussem, 1929): “there’s only one type of anchovies, which are fished from Estepona to Malaga.” From this specimen, undoubtedly the top ten have been the ‘Victorian’, in the words of Alfonso Canales, those “fry teenage fish caught around September 8th, the festivity of Our Lady of Victory”, hence the name.

Day of the Victorian Boqueron 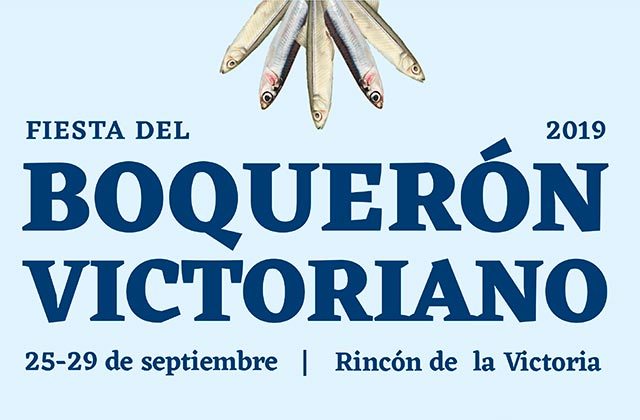 The ‘Vitoriano’ anchovy has such fame and effect that lately there have even been parties in its honour. It is the case of the municipality of Rincón de la Victoria, which on the second Sunday of the month of September, celebrates the day of the Boquerón Vitoriano, which closes the tourist season and pays tribute to the star product of its cuisine.

During this three day festival, visitors and locals can taste this delicacy while they stroll along the promenade, as well as different products from the local cuisine, with the entertainment in charge of Panda de Verdiales. At the same time, a gastronomic competition is held with young professionals of the local cuisine, with anchovies Málaga starring as the main ingredient.

While this little fish is abundant throughout the Mediterranean and in other waters, Málaga has gained special importance in the production of anchovies and its various preparations. It is a dish that can be found in a bar or restaurant that serves typical Málaga food. The anchovy in the capital of the Costa del Sol can be eaten in many different ways. 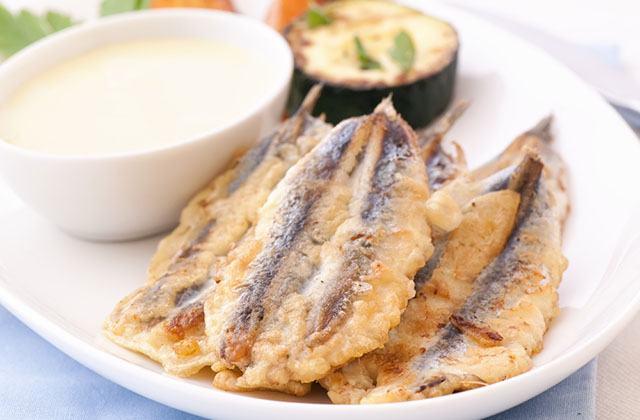 This dish does not need a very specific recipe, but should we would like to present you with some tips to correctly prepare this dish.

To start with this dish, the first thing we need to do is to clean the anchovies by removing their organs. After washing it well, we put salt to taste and heat the oil until it’s hot, but not too much so that the heat does not burn the fish. We cover the anchovies with flour, shaking them slightly to remove the excess. We fry them in batches, so that the oil is not cooled abruptly and frying fits better. We serve them freshly fried, and they can be served with salad. 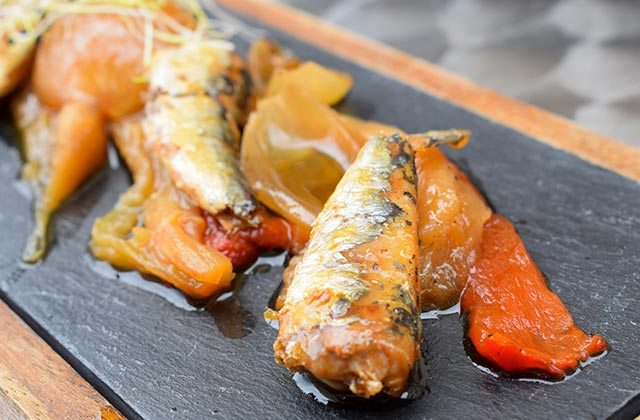 This recipe is made to take advantage of fried anchovies that were not consumed. We start by frying bunches of 3 or 5 anchovies. We chop the peeled garlic and add saffron, oregano and cumin. We prepare a brine with water and salt. We add vinegar to the mixture. We try and add salt or vinegar according to our taste. We put the anchovies in a bowl and add the marinade. We cover everything with lemon slices and bay leaves. We close the container and leave it in the fridge at least 24 hours before eating so that it becomes impregnated with all the flavours. 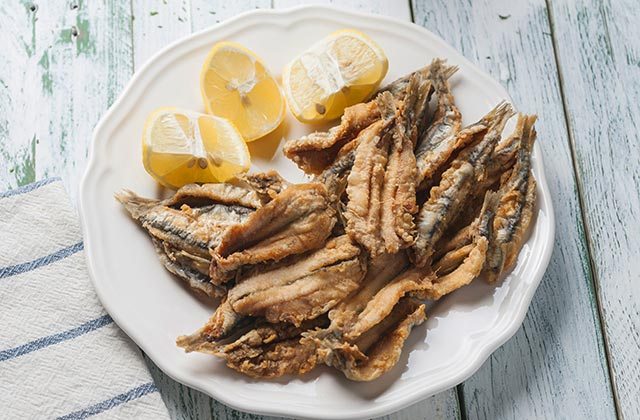 It is another variety of fried anchovies. In this case the anchovy is sliced open and its thorn removed. Allow it to marinate in lemon juice and finally cover it with flour, to individually fry them in plenty of olive oil. It is another option for those who like fish seasoned and completely free of thorns.

Pickled anchovies are one of the most brilliant creations of Spanish cuisine, but it is not easy to prepare them, that’s why we share the perfect recipe with you.

The first thing you must do to prepare this dish is to remove the spine, head and guts of the anchovies, then wash them and leave them submerged in cold water for 15 minutes so that they bleed out. Subsequently move them to a container, placing between each layer some salt and coating the fish with a mixture of 80% vinegar for 20% water, approximately, and let them rest for about 8 hours, at most 10. If the anchovies are large, a couple more hours. If they are different sizes, separate them into two containers or they’ll get very dry when serving, or the larger fish will be raw.

Drain them well, mince garlic in not too small pieces (so that they can be removed) and parsley to taste arranging the layers again but this time bathing them with oil. Let them rest in the fridge at least 24 hours.

You can serve them with a little salt on top, olives, bread with tomato and French fries on the side.

Places to eat anchovies in Málaga

For the people in Malaga, a dish of anchovies is a common food on the table for any home, restaurant or bar. For those visiting Malaga, they not only come to a city with a wide range of leisure activities to offer and culture, but they also have the opportunity to enjoy a rich and healthy cuisine based on local produce, so here are a few establishments where you can taste good anchovies in Málaga: 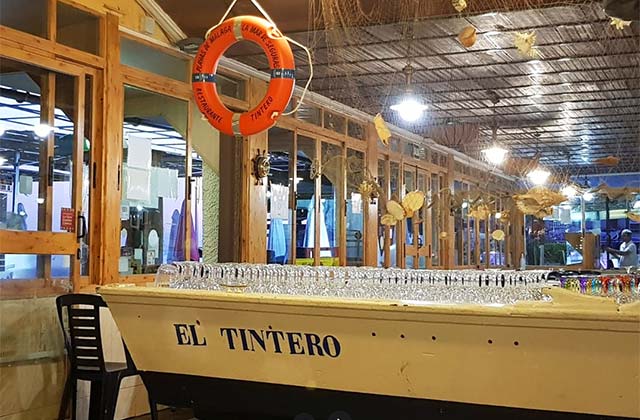 This place located on the beach of El Palo has a special recognition among places that serve “fried fish” in the city of Málaga. Here you can try the classical fried anchovies and Tintero, along with a varied menu that includes fried and grilled fish and seafood. What makes this restaurant a special place is that here the fish is “auctioned”, i.e., the waiters walk by announcing the dishes before the tables and diners raise their hands so that the “prize” can be “awarded” to them. At the end of the meal, a waiter will charge them according to the amount of plates found on the table. 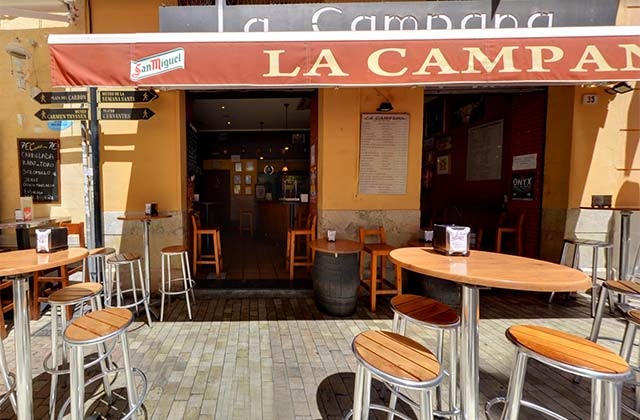 It is a small bar located in the historic centre of the city, near the Picasso Museum. While it has now become a tourist site, if we don’t take into consideration the typical tavern with wine barrels, it retains the feeling of good Malaga cuisine where you can eat seafood and fried fish at good prices. And honouring the name of the bar, do not be surprised if you hear a bell while you’re eating: they make it ring each time someone leaves a tip. 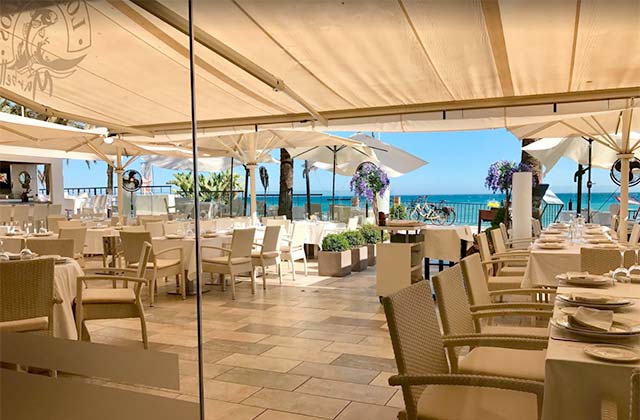 This place is located in the heart of Málaga, and is one of the best places where to taste rice and fried fish. Its restaurant area is very elegantly decorated, as well as the tapas room. Here you can order some anchovies in vinegar as a starter, as well as fried boquerones with lemon and cooked in the traditional way. 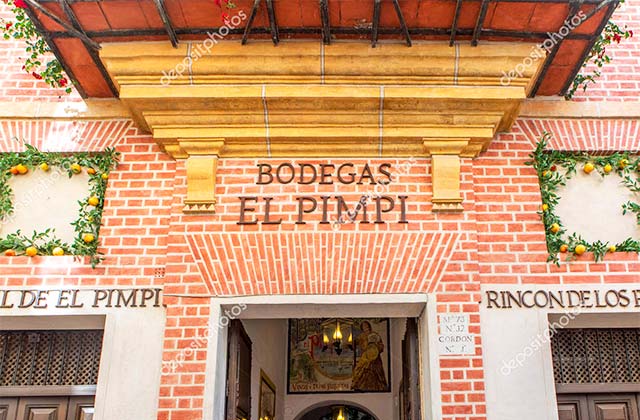 Located in the heart of the city, it is known for the many celebrities who have passed through and left their mark since its opening in 1971. Inside the premises we will find photos and wine barrels signed by names ranging from the Duchess of Alba to Antonio Banderas, as well as countless renowned personalities from the worlds of culture and politics. It also has a nice courtyard entrance and terrace with a privileged view of the Roman Theatre and the Alcazaba.

Through food, the traditions of a destination can be known, and in Málaga it is essential to have a bunch of anchovies to know the taste of this Andalusian coastal city.

And if the anchovy is the king of the table, the queen is the sardine made with the traditional sardine espeto from Málaga.

Fuerte Hoteles is always the best option for you to stay in Andalusia, visit its sites and rest. The chain has places where you can, in addition to its services, enjoy the best of each part of the region. With more than 60 years’ experience, Fuerte Hoteles is the best starting point of your perfect trip or journey.