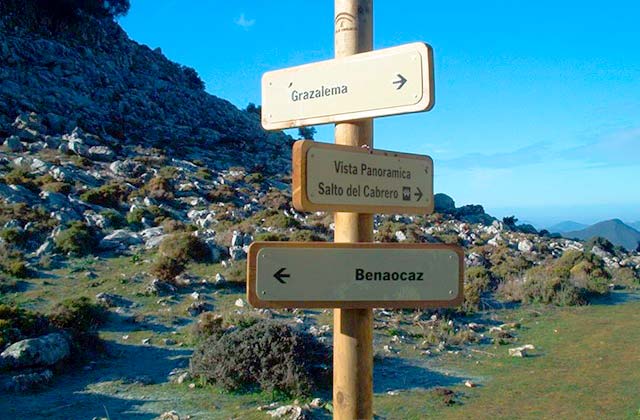 Posted by Fuerte Hoteles on Wednesday, February 18, 2015 · Leave a Comment

As already mentioned, we have decided to give some space on our blog to a very special guest who wanted to share with Fuerte Hoteles her travel diary from her five day stay at Fuerte Grazalema. After the Llanos de Endrinal (Endrinal Plains) route, today we continue with the Salto del Cabrero tour. Over to Petra to tell us about her experience with trekking and nature:

The starting point for today’s excursion was the car park at Puerto de Boyar, at an altitude at 1103m.

Unfortunately, the weather was cloudy and misty; the views over the wide expanses of countryside couldn’t be enjoyed. The first part of the walk was along a well-made private road, as far as a goat farm. They had just released the goats into the field. We hiked through the meadow where a donkey was coddling its foal, which seemed very gentle.

As we went through the oak forest we often came across fine views. There were cow pats everywhere, so following the path got a bit acrobatic at times. We saw some more beautiful flowering plants, as well as wilted peonies.

Rosa had to look after an injured French visitor, who had been given treatment, and was happy to go with him and his wife to Benaocaz. 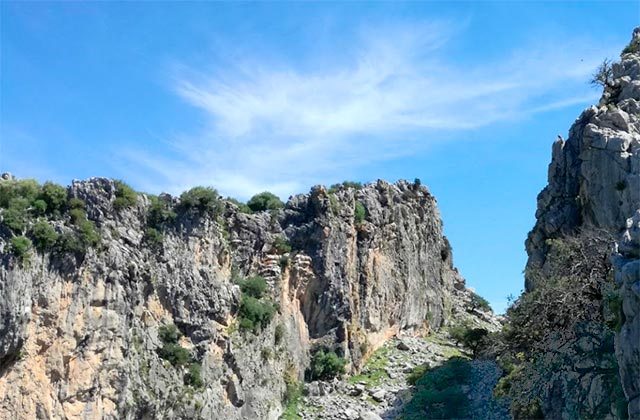 We enjoyed some wonderful views and watched the vultures spiralling above, as well as deer and roe deer jumping over the rocks. We saw Benaocaz in the distance from a meadow where the cattle was quietly grazing. That is where Christo lives.

We started a very stony ascent, part of which runs along the old Roman road. Christo explained to us that the women of Benaocaz have always been a bit special. They got rid of all of their valuable possessions to protect themselves from enemies and to allow the village to live in peace. Men used to spend a lot of time outside the village, so the women had to defend themselves. After passing some Iberian pigs calmly rooting for food, we successfully crossed an old stone bridge over a dry stream bed; just a short time ago this was a raging torrent and the bridge was impassable.

Christo showed us one of her favourite places – a beautiful meadow where he often spends time with her daughter in the afternoons. The excursion is over and we are in the village of Benaocaz.

We waited for Rosa, who stayed with the injured man and ordered a taxi for him.

Rosa took us back to the hotel by car. As soon as we arrived, the sun came out again.