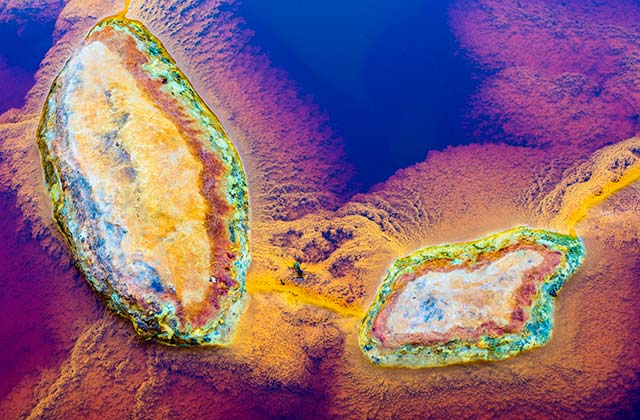 River Tinto, the most unusual natural area in Andalucia: discover its optical illusions

Posted by Fuerte Hoteles on Thursday, October 22, 2020 · Leave a Comment

Andalucian geography hides a host of unusual nooks and crannies, as well as optical illusions that mean visitors can get more enjoyment from an area of landscape. This is the case of the River Tinto, Huelva. The effects caused by the copper-coloured water put your imagination into overdrive. If you take a photo, as well as a print of an orange coloured river, it is possible to “see” tornadoes of fire in the water. This natural sleight of hand has been listed in second place by the newspaper “20 Minutos” in its ranking of the 15 best optical illusions created by nature. If you are on a trip to the province of Huelva, make sure you schedule a visit to this magical spot to enjoy a dual landscape of water and fire, with seven unique features: 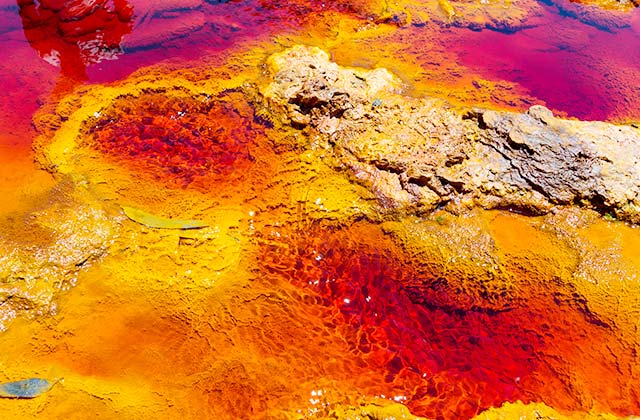 A normal picture taken of this peculiar River Tinto mining landscape, specifically of the water in the river, cheats the human eye into thinking that it sees fire tornadoes. Of course, fire tornadoes do actually exist, but this is not a real one The river is acidic due to mining work that has taken place in the province over the years, and its bright red colour is caused by its high heavy metal content. Visitors to the area can discover this and other optical effects, as the waters trace out a range of shapes that can be captured using a camera. 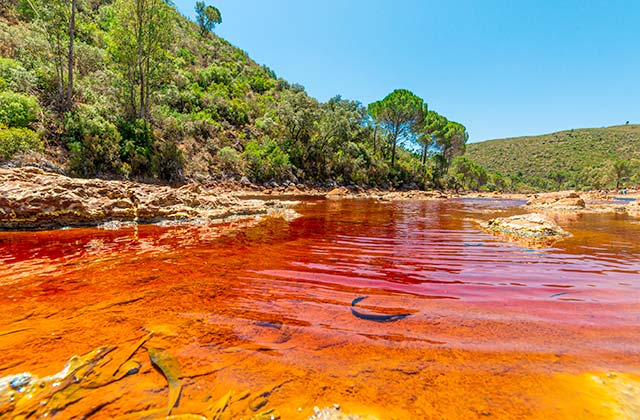 The main unusual feature of the Tinto River is the red colour of its water. It is a significant and unique aspects that never fails to surprise visits. Many artists have travelled to the area to paint it in their pictures, and many more have created photographic images. Seeing how the water traces out unusual landscapes as it flows is a priceless experience that shouldn’t be missed. 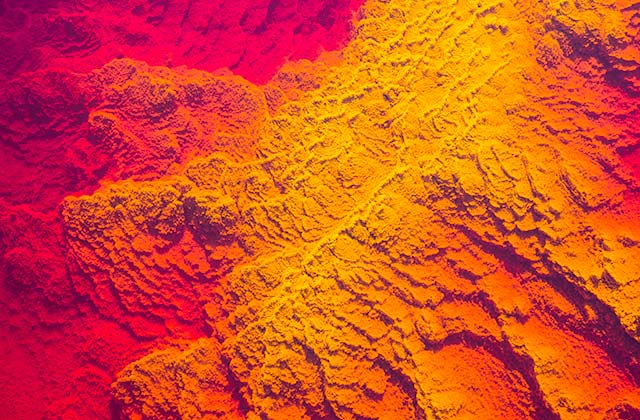 The river is known for the reddish colour of its waters, hence its name (Tinto = red in Spanish). Its colour is caused by the weathering of minerals that contain heavy metal sulphates, found in deposits along the length of the river. The deposits are hydrothermal, mostly comprising pyrite and chalcopyrite rocks. The weathering process involves the microbiological oxidation of these minerals, mainly caused by special bacteria that transform sulphate ions into sulphuric acid, releasing the heavy metals into the water. It is because of this flow of sulphuric acid that the river’s water is very acidic. 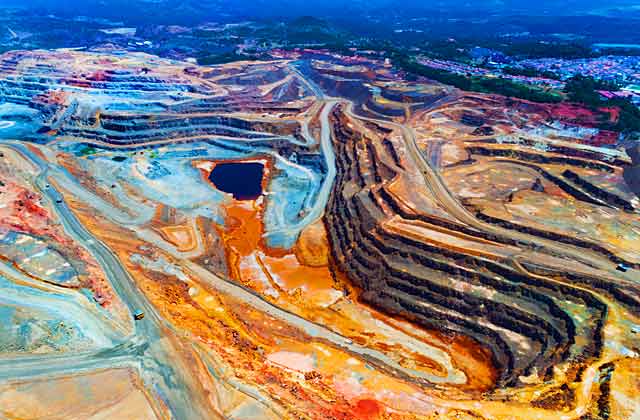 The province of Huelva, and particularly the area surrounding the course of the River Tinto. Every since prehistoric times, the first inhabitants of these lands exploited the minerals found there. Mining continued during Phoenician and Roman times, until the arrival of the Moors during the second half of the 15th century. Copper was the main metal extracted, along with iron and magnesium. Large scale mining exploitation began during the 19th century, mainly under the control of companies from the United Kingdom. After achieving maximum production in 1930, production slowly decreased before copper mining ground to a halt in 1986 and silver and gold extraction ended in 1996. 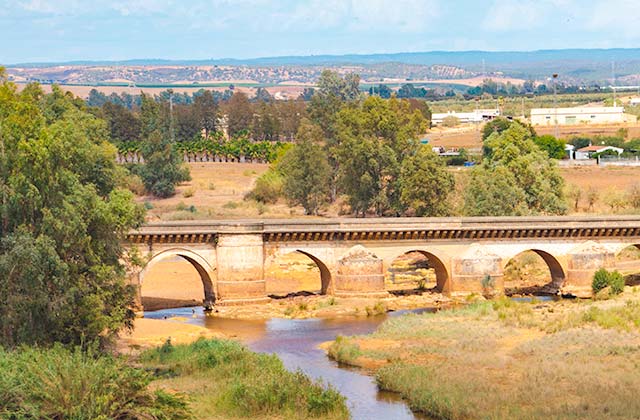 It was necessary to build a railway line to transport ore from the river basin to Huelva. The construction of bridges was required due to the rugged nature of the terrain. These structures now form part of Huelva’s personality and are unique examples of 19th century industrial architecture. Visitors to this area are also able to enjoy viewing these bridges, which bear witness to the history of the province. Don’t miss the bridges over Rivera del Nicoba, Arroyo Candón, Arroyo Giraldo or the Niebla bridge over the River Tinto itself, among others. 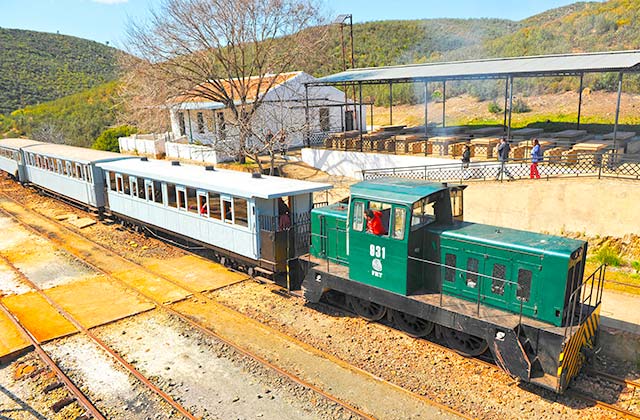 As well as playing tricks on your mind with the River Tinto, the area also offers the unique experience of riding on an authentic 19th century railway. A locomotive and carriages have been restored and now run along the same rails as the mineral trains of yesteryear. A visit to the Rio Tinto mining site includes a full tour with access to the museum, to House 21, a guided tour through an underground mine tunnel and the open cast exploitation, rounded off with a ride on the authentic mining train. This trip should not be missed if you travel to the province of Huelva. 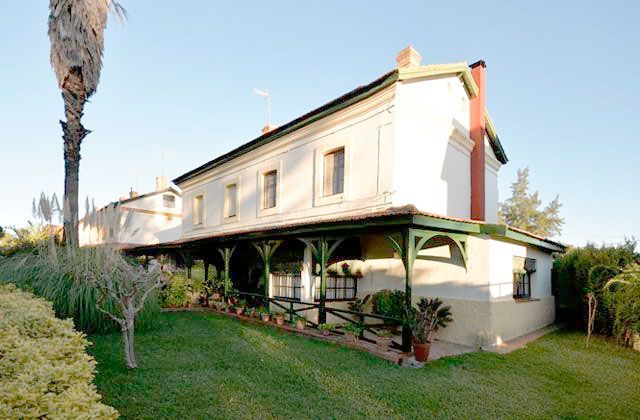 One of the attractions of the Rio Tinto mining site is an example of a Victorian house from the English mining operations period. In 1873, a foreign financial consortium, with mostly British capital, purchased the Rio Tinto mines and became the first British presence in the River Tinto mining basin, which lasted until 1954. From the first moments onwards, foreign technicians, mostly British, took charge of the technical management of mining work and houses were constructed based on the technicians’ tastes in a specific neighbourhood for them. Guided tours are available of house no. 21, which is open as a museum. It has three floors and two gardens, with a total surface area of 540 square metres. A tour around this house is a change to travel back through time to the Victorian era.

Make sure you bring your camera to keep a record of this optical illusion, which is unique in the world. A stroll through a unique landscape, during which you can marvel at the mysteries of the area’s mining past and contemplate this period of history up close.

11 natural environments you cannot miss in the South of Spain: Natural Parks of Andalucia

If you want to discover the fire tornado hidden by the River Tinto, there is no better place to stay than Hotel Fuerte El Rompido. It is located on a shoulder of land that dominates the entire natural landscape of the Piedras River. The hotel is constructed in traditional Andalusian style, in perfect harmony with the environment. It is an ideal place for rest or relaxation, or for practicing sport in natural surroundings. A 14 kilometre long virgin beach that can be accessed by boat is one of the best experiences for guests at this hotel. Enjoy the quality of a chain of hotels with more than 60 years experience.