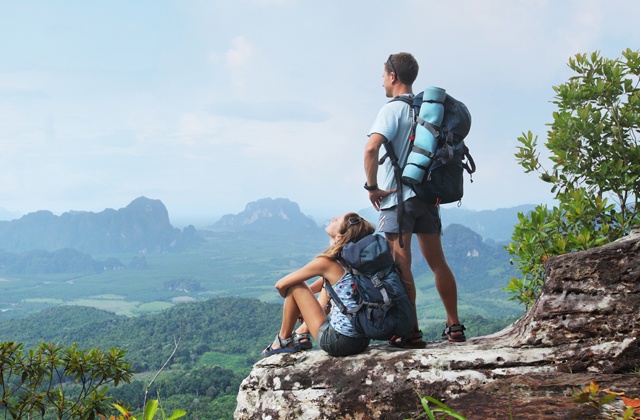 Posted by Fuerte Hoteles on Thursday, December 24, 2015 · Leave a Comment

Alhama, Tejeda and Almijara are an impressive mountain range that forms a geographical barrier between the provinces of Malaga and Granada. The mountains of Tejeda and Almijara are in the Malaga side,in the heart of Axarquía. Alhama corresponds to the western part of the province of Granada. From the peak of Tejeda visitors will be able to contemplate, from its 2065 meters of altitude, spectacular views of the Mediterranean coast and the neighbouring mountains.

Rivers and streams descend rapidly down the slopes of these mountains, offering spectacular jumps, such as Arboles Petrificados, where the limestone water mineralised the old trunks. In other cases, the waters lead to some of the most impressive gorges, called here Cahorros, generally a wide range of marked trails that highlight all the natural and cultural wealth of the Park, while we enjoy the practice of trekking. These paths include:

It is located in Ótivar. This trail takes us down a path from mid-mountain terrains in the eastern end of Sierra Almijara, until it reaches streams and the most attractive karst canyons in Andalusia, which make the source of Río Verde. During the route we will enjoy spectacular views of the La Almijara mountain range, with a large population of mountain goats and its precious gene pool, consequence of the large number of endemic plants the area treasures. Its length is about 7 km of medium difficulty terrain.

Four kilometres from Castril heading towards Pozo Alcón, we find the beginning of this path. This itinerary will crown one of the highest levels of the park, such as Pico del Buitre (2,020 m). The uniqueness of this peak and landscapes that can be seen from its summit certainly justify the ascension. During the tour, we will also have the opportunity to visit the high mountain pine groves as well as the brooms and brushes at the tops, in many cases endemic and exclusive of these mountains. Its length is 8 km of medium difficulty terrain. 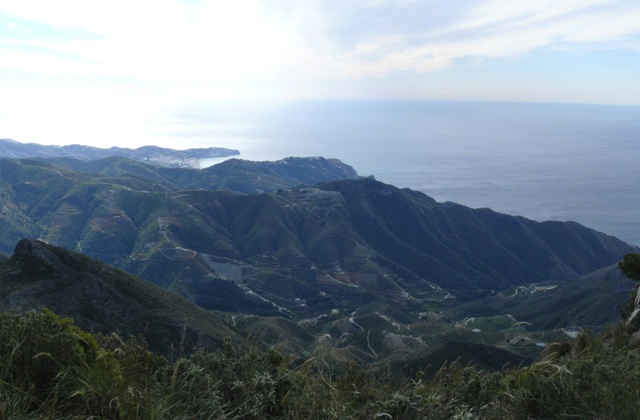 This trail can start from different points beginning from the same town in Nerja. The easiest access is to start the route from the entrance to the caves of Nerja. It has a length of 10 km, and the difficulty is high.

Access with cars is possible up to the so-called “Ffabrica de Luz” in Canillas de Albaida, which we can reach from the town itself. It has a length of 5 km and the path’s difficulty is medium.

Along this path, we will ascend to one of the most emblematic peaks of the park, called Pico del Lucero or Raspón de los Moriscos. This route is one of the most popular among mountain lovers in the area due to its almost alpine itinerary, offering spectacular views up to the summit. Access to the starting point of the route is done through Alhama. Rey. It has got a length of 3 km of medium difficulty terrain. 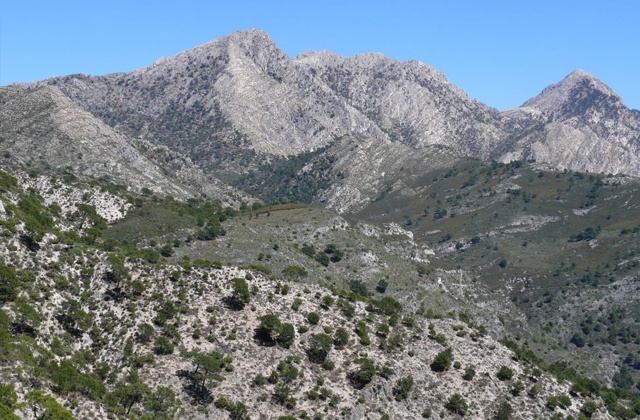 This route, 8 Km in length, can be started from three different points which connect in Collado de vuelta grande, where the Gaviarra path, which is the oldest, joins Collado and Casa de la Mina. We can contemplate the ravine of Juan Rojo, Cerro Verde and Atalaya. It has a length of 5 km and the path’s difficulty is low. 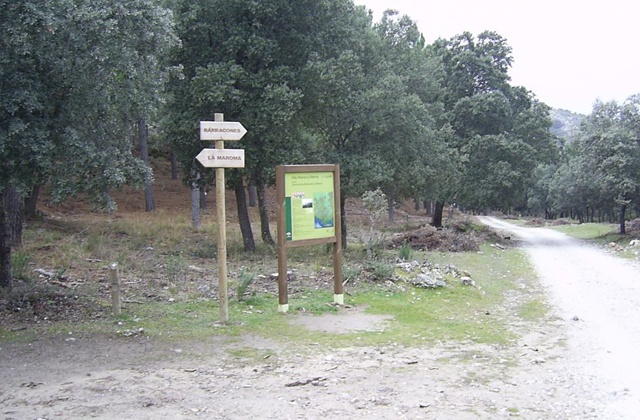 The ascent to the peak of La Maroma by its North face is undoubtedly one of the most suggestive routes of the Natural Park “Tejeda, Almijara and Alhama” as well as one of the best known by mountaineers and hikers. With an altitude of 2,065 m above sea level, this peak belonging to the Sierra Tejeda becomes the maximum height of this protected area, located to the west. It has got a length of 8 km of high difficulty terrain. We can access it from El Robledal. 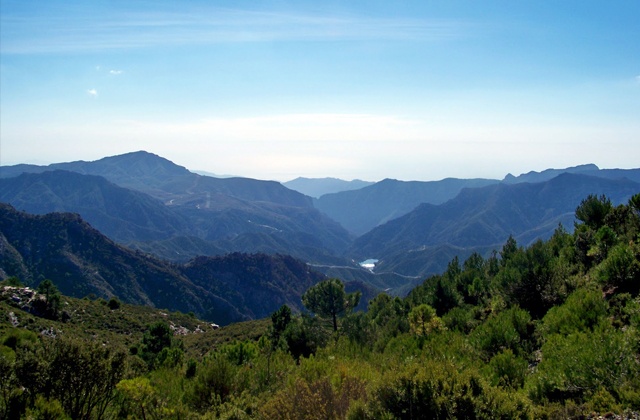 This trail located in the Sierra de la Almijara, allows us to view much of the southern part of the park and the spectacular line of summits that form its backbone, along a short and low difficulty path. At the starting point of this route we have the so-called Suspiro del Moro about 500 meters past the Inn of Los Prados de Lopera located at Km 28 of the Granada-Almuñecar route. The route provided offers great views of the Natural Park from Granada’s side. It has a length of 2 km and the path’s difficulty is low. 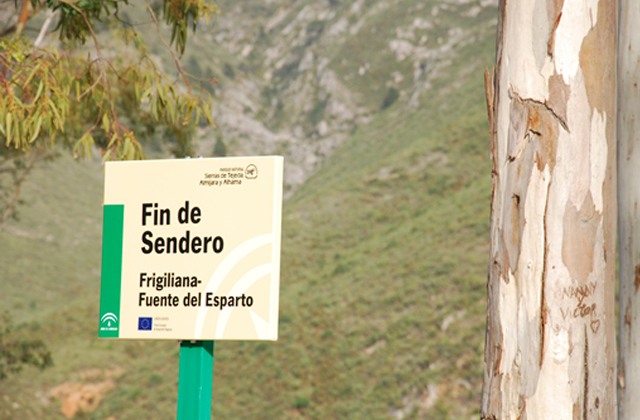 This tour begins in the beautiful village of Frigiliana. Once we reach the village, it is easy to spot the location of the building called “El Ingenio”, a landmark of the town thanks to its industrial past. Near here we find the barracks of the Civil Guard. The tour begins at the building’s right side. It has a length of 5 km and the path’s difficulty is medium. 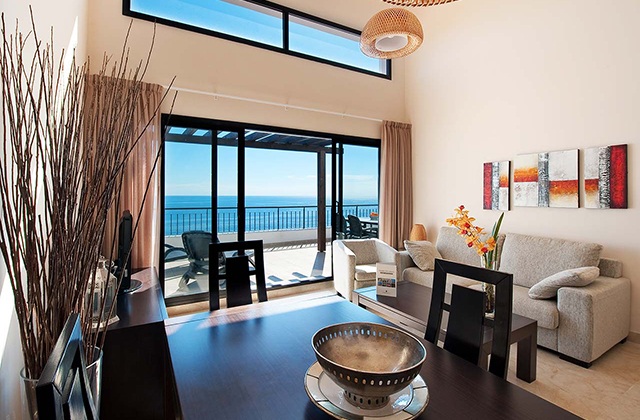 In order to enjoy the Axarquia in Malaga, there is nothing better than going to Fuerte Hoteles. The Apartments at Olée Holiday Rentals are located in the perfect spot in eastern Costa del Sol, between Torrox and Nerja, typical Andalusian towns with the best weather in Europe. This type of accommodation offers relaxing moments and a great number of activities and places to visit. The complex has air conditioning, a wide hall with satellite TV and a modern kitchen equipped with an oven, dishwasher, washing machine and drier. Some features a terrace and beautiful views of the Mediterranean Sea.