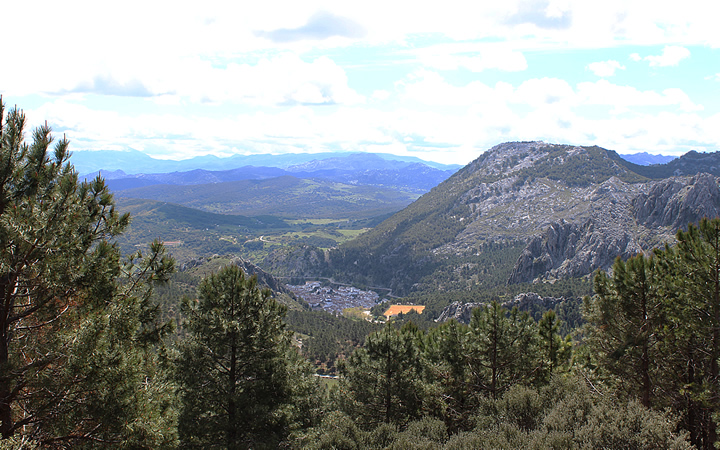 Grazalema village views from the mountain

To most, Spain’s long southern coast is an immediate invitation to sun, sea and sand, allowing hours to flow by just meters from the softly lapping Mediterranean and Atlantic waves.

However, what many often forget about Andalucía is the deep wealth of natural beauty that climbs high into the mountains, offering stunning views of plant and animal life found no where else in the world.

In order to preserve these exceptional natural surroundings across Andalucía, access is often limited to visitors during the busy summer months. As the crowds fade and the temperatures soften, these pathways open once again, offering the chance to explore the forests and hillsides with ease and in peace.

This October 15th will see the reopening of what UNESCO has deemed to be one of the most well-preserved biosphere reserves in Europe – the Sierra de Grazalema Natural Park. Closed each year from June 15th on to help avoid over use and protect the unique beauty of the area from the high risk of forest fires during the summer months, the park reopens in October to the delight of hikers, nature lovers and photographers.

The trail through the park is ranked as a moderately difficult route because of its length (12km) and the time it takes to complete it (about 5 hours) and can be accessed through an entrance located 2 km from the village of Grazalema and ends at the impressive Benamahoma fresh water spring.

From a parking lot outside the quaint town of Grazalema, the trail starts rising up the northern slope of the Sierra del Pinar, where hikers can travel up towards the reservoir of Zahara de la Sierra and far Ronda and the Sierra de las Nieves.

Once they’ve reached the top, visitors are treated to the surprise of a spectacular view of one of the world’s largest pinsapares. From there, hikers can stop and catch their breath as they take in a true masterpiece of nature. Continuing up and to the left, the trailheads deeper into the increasingly lush and thick pinsapar, reaching an old well often covered in snow. The structure dates back to the seventeenth century and is where so called ‘neveros’ preserved their meats and drinks at the time.

From this point, the trail heads downhill into a shaded area underneath the shelter of the firs that give this area its designation as a Biosphere Reserve. Majestic trees tower overhead, creating a scene out of a charming storybook, transporting visitors into a different world full of strangely shaped rocks covered in moss and old sturdy oaks. 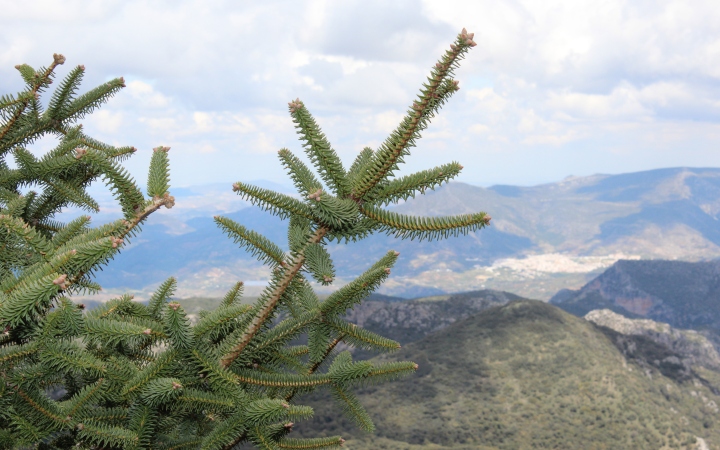 The pinsapo is a specie of the Andalusian region

The Spanish fir is a unique type of Mediterranean tree found only in Andalucía, in the Serrania de Ronda and Grazalema. This incredible gem of botany, described by Swiss botanist Pierre Edmond Boissier in his ‘Voyage dans le Midi Botanique de l’Espagne’ in 1838, was much more common across the globe millions of years ago, thanks to more common weather conditions.

Continuing along the path, visitors come to a more level area called the Puerto del Pinar, which later becomes an accessible dirt road. Just like elsewhere on along the trail, the views there are stunning, especially for those hoping for a glimpse of local animal life, including vultures, deer or wild goats that scale the rocks with agility and amazing ease.

Finally, the route ends at the river’s Majaceite in Benamahoma, which spouts clean, fresh water at a spot surrounded by lush vegetation and is home to a Water Ecomuseum, which is well worth a visit. There, hikers can sit a spell and relax with a drink or maybe some tapas, offered at the town’s many quaint cafes and bars.

If this route sounds inviting, we recommend staying at the Hotel Fuerte Grazalema, a fantastic four-star hotel immersed in an amazing forest of oaks. It is an ideal natural paradise for a few days of peace and tranquillity just 15 minutes drive from the trailhead. It features rooms with spectacular views over the valley, a fabulous pool with a view of the scenery, an outdoor Jacuzzi, children’s entertainment, visits to their own organic garden and farm.