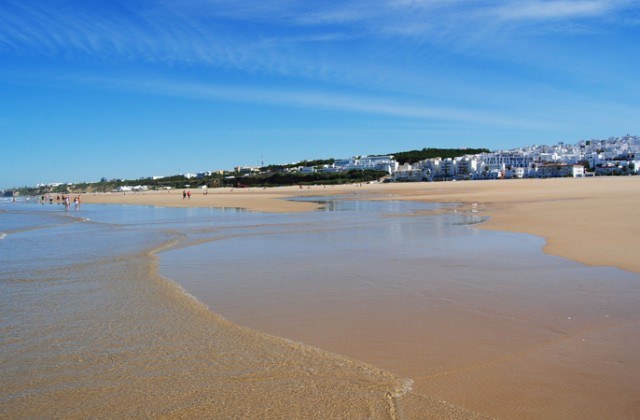 Several places in Andalusia benefit from the a well preserved coastal environment. One zone is undoubtedly the coast of Cadiz. Luck, or rather the wind ‘levante’ allowed Cadiz to become one of the XXI century’s still wild and natural beaches . One example is Conil de la Frontera.

The ‘levante’ is a thermal wind that lives between Europe and Africa. It is one of the winds which dominates the weather scene of the Gibraltar strait. The ‘levante’ are winds that come from the east. They can blow at any time of year, but especially in spring and summer.

The East wind blows with great frequency in the Alboran Sea to the Gibraltar Straits. It comes from the eastern edge of the Azores anticyclone and strengthens in summer with thermal low pressure in North Africa. These easterly winds are part of the same circuit that creates North East ‘Alisios’ winds in the Canary Islands.

The Strait of Gibraltar becomes a funnel for the winds coming from the Mediterranean to the Atlantic Ocean. This situation is favoured by the Penibetic and Rif-Atlas ranges which create, what is called as a strong ‘Venturi’ effect.

In summer the prevailing wind from the east has preserved one of the most beautiful beaches we enjoy today such as that of Conil de la Frontera. Conil Beach stretches to Cape Trafalgar, a walk of 18 kms.

A huge white sandy beach and clear waters, a single beach surrounded by nature has not yet been invaded by tourism development. The blowing ‘levante’ during summer is the protector which keeps these beaches beautiful that we enjoy today.