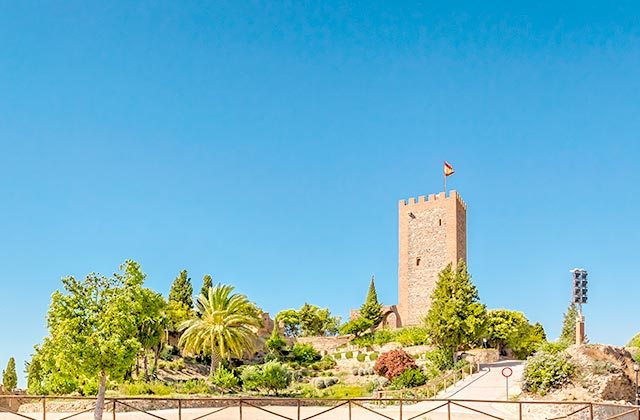 Six landscapes that inspire a trip to Vélez-Málaga, the heart of the Axarquia

Posted by Fuerte Hoteles on Tuesday, February 23, 2021 · Leave a Comment

Vélez-Málaga is one of the best memories of the Muslim past that we can find in the province of Malaga, and today we return to this city, the largest and most important of the Axarquia, to make a new tour through the streets, a tour in which we discover its best views. 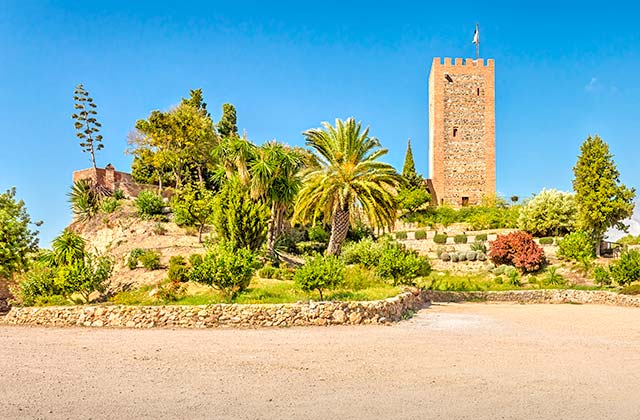 This castle or fortress dating from the thirteenth century, stands crowning a hill that dominates the old part of the town. Along with the Puerta de Antequera, it was almost totally destroyed during the French invasion and its remnants used as a quarry.

The keep was recovered and its environment improved. It has been used as a royal home, captaincy general, jail and town hall. Its location about 80 meters above sea level, provides us the best views of Velez-Malaga, where we can see the plain of Velez and the historical site of the city. 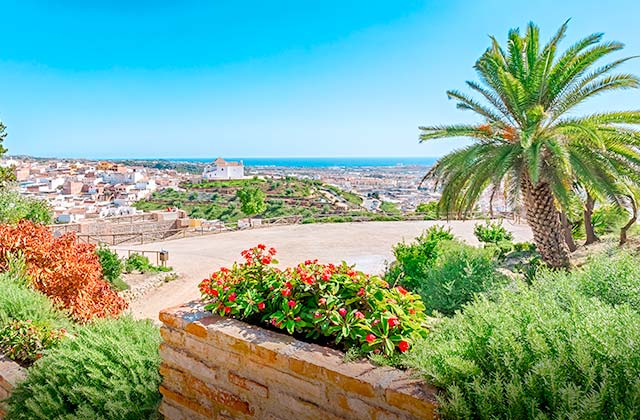 At the foot of the fortress we find another nice viewpoint, called Ibn Batuta. Ibn Batuta is the name of the greatest of Arab travelers, a traveler who came to cover more distance than the famous Marco Polo and passed on his journey through Velez-Malaga and Torre del Mar. 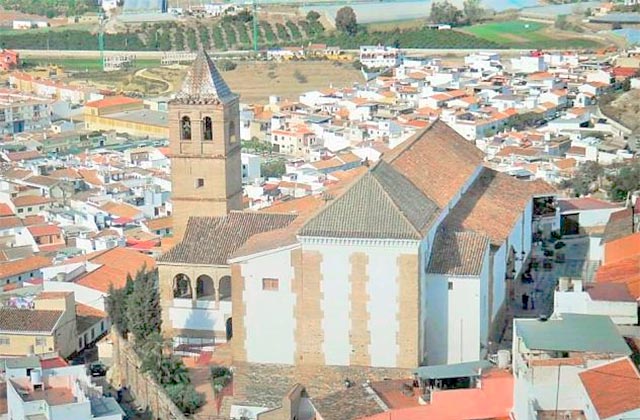 Also known as Church of Santa María de la Encarnación, it is a Catholic church built in 1487. It presents Moorish and Gothic features, typical of the time of construction. On one side is the Cloister where you can stroll along an open gallery, arcaded with columns and horseshoe arches from where you can see a beautiful view of the city. From the cloister we can descend a stair close to the services where the cistern is, dating from before the construction of the Church, on the fifteenth century, earlier in the same place where we find the Church, was located the Mosque of Vélez Málaga, that when the city was conquered by the Catholic Monarchs, in the same settlement built the present Church.

On the premises of the church is the Museo de la Semana Santa, where all the elements that are part of the staging of the processions are. Admission is free and visiting hours are:

In the cloister of this temple a viewpoint is opened from where we will get a good view over the river Vélez and the plains it leaves behind. 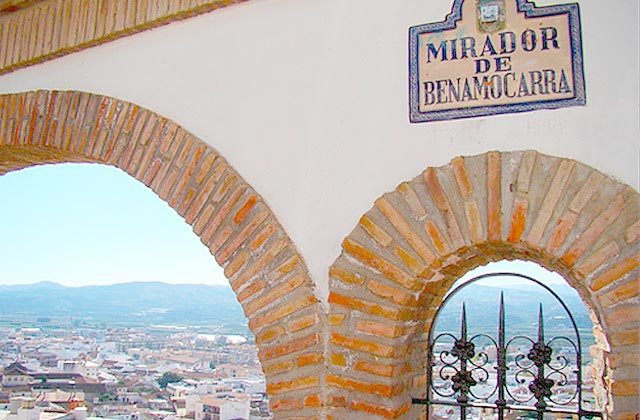 At the foot of the church of Santa Maria, is the viewpoint of Benamocarra, which overlooks the urban fabric of Velez-Malaga and all the lands of the valley watered by the river Vélez. This city viewpoint is named after its orientation towards the Axarquia municipality. 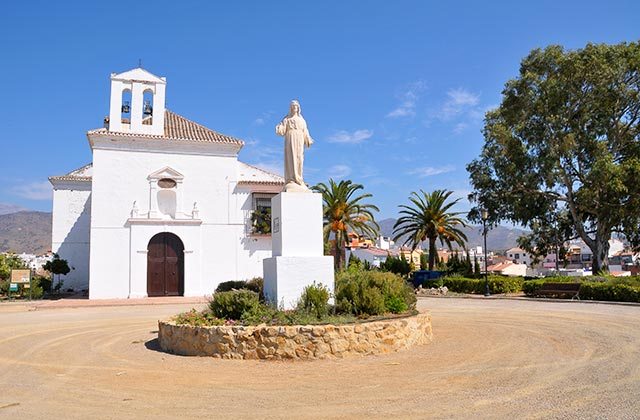 One more reason to go and visit the Chapel of Virgen de los Remedios in Vélez Málaga, is the spectacular view that can be seen from its viewpoint. In the same square is a statue of Jesus that appears to see the whole city from its base, in the environment, roses, carnations, jasmine and some benches to sit and look at the city.

From there you can bird’s eye view almost all the most important monuments, such as the Beniel Palace, the walls, the castle. 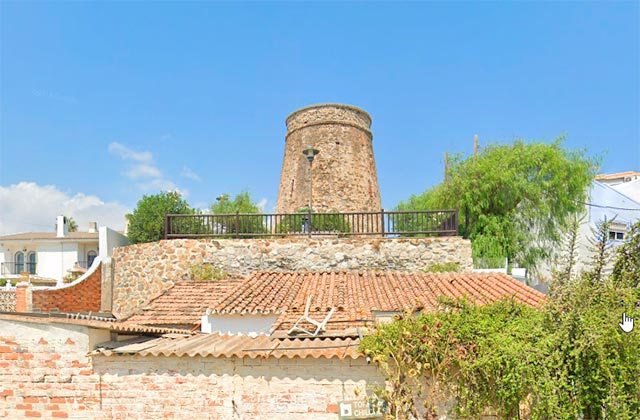 Throughout the municipality of Vélez along the coast are numerous watchtowers, usually around them were created urban centers, one of the best preserved is located in Chilches Costa.

This town has just over 3,000 inhabitants between the hinterland and the coast, the latter is the destination of many residents who seek the sun and the beach and get away from the big city. There are other towers in Benajarafe, Almayate or Los Lagos, so driving on the N-340 cruising along the coast can be a good option to see these buildings and enjoy the beautiful views of the coastline.

What to see and do in Veléz-Málaga 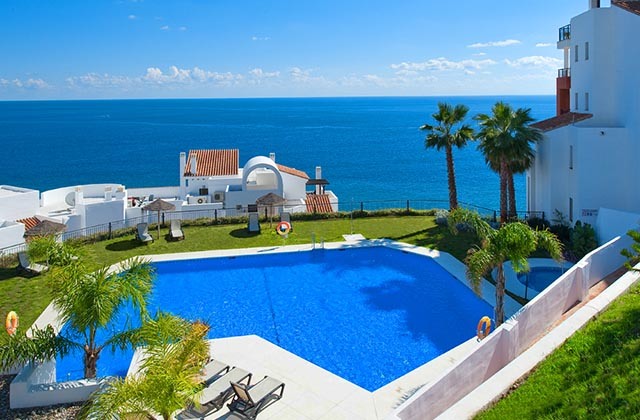 To enjoy Axarquia nothing better than to trust Fuerte Hoteles. Olée Holiday Rentals apartments are in a perfect location in the eastern Costa del Sol, between Torrox and Nerja, typical Andalusian villages with the best climate in Europe. This property offers tranquility while leaving at your disposal a wide range of activities and places to visit. The resort has air conditioning, a spacious seating area with satellite TV and a modern kitchen equipped with oven, dishwasher, washing machine and dryer. Some have a terrace and wonderful views of the Mediterranean Sea.