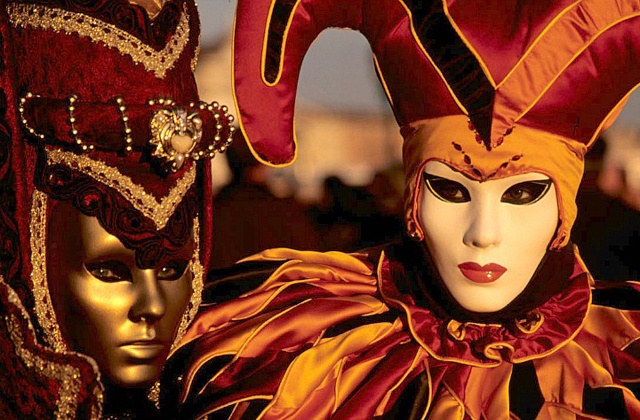 The 5 Carnival festivities you cannot miss in Andalucia

Posted by Fuerte Hoteles on Wednesday, February 12, 2014 · Leave a Comment

Carnival is one of the most fun holidays of the year. Andalucia is filled with colour in every corner and on every street. Original costumes are the stars in these days of fun which get the entire city excited.

Visit Andalucia during these days of February and March is a must; the originality of their costumes, the majesty of its floats and, above all, the friendliness of the satirical lyrics sang by the troupes and chirigotas to the people are more than enough reason to take a trip to Andalucia.

For those who have never heard of the chirigotas, they are musical groups that sing verses or songs during the celebration. These songs portray the current affairs of each town with humour. Make notes of the five most original carnivals from the south of Spain:

Funny, charming and unique. The Carnival of Cádiz is one of the most famous in Spain and each year welcomes thousands of visitors who do not want to miss the opportunity to live this unique experience. This year, it will take place between February 12th and 22nd. El Gran Teatro Falla located in the city, it the nerve centre of the celebrations. Inside its four walls, the troupes and chirigotas contest takes place.

Each of these groups chooses a costume that is common to all participants and after dressing up, the moment comes to get out on stage and sing the verses that make many politicians from all around the country tremble. These burlesque and satirical songs with lyrics make a fierce critique of current affairs, but always with humour. The King, the Prime Minister, the most important news of the year and the famous characters from gossip magazines are the main target of these performances.

Don’t think about it and go to Cadiz for Carnival. The atmosphere on the streets and the colour that covers every corner, mixed with the happiness and hospitality from the locals, sum up the perfect arguments to pay Cadiz a visit. 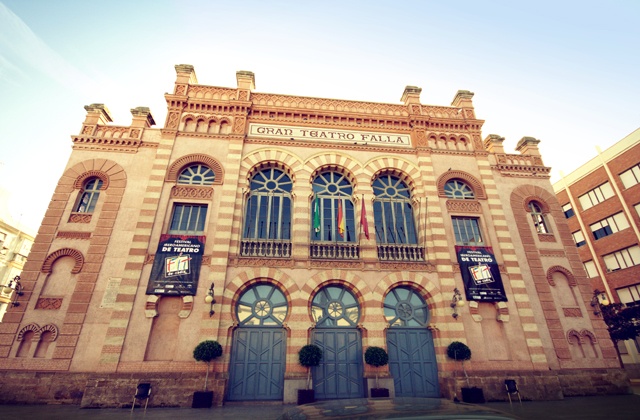 This tradition dates back from the Middle Ages enjoying great fame and success in all the territory. Its fame was so great that during a crisis that hit the city in the sixteenth century, the King provided a large sum of money so that the celebration could take place. One of the striking features is the “Burial of the Sardine” during Ash Wednesday. An ancient act originated in the southern towns bordering the Atlantic Ocean.

This symbolizes the end of the pagan holidays and the beginning of preparation for Easter, welcoming a time for retrospection and redemption. This is curious site to visit during Carnival (which takes place throughout the month of February up to 9th March) and which will not disappoint you if you decide to go. Also, its strategic location allows you to be close to nature parks and beaches washed by the Atlantic. Prepare your costume and start deciding what you want to do in this province as you travel. 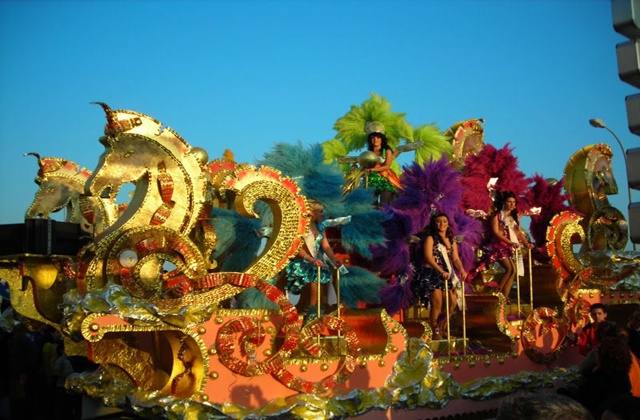 This beautiful city is located in the centre of Andalucia, surrounded by ancient monuments. The city’s majesty is also evident in its Carnival. The locals have a “mask” contest in the purest Venetian style. Neighbours create hand-made models with newspapers and glue as base. Then colour and glitter finish the job started, and everything is ready to parade the beautiful streets of the city under the costume that “hides your face”.

This place is worth visiting, especially because the atmosphere is just perfect for the occasion. Feel free to stop by if you’re planning a getaway at this time of the year. Besides the great weather in the province of Málaga lets you get close to the Costa del Sol to enjoy the Mediterranean beach. 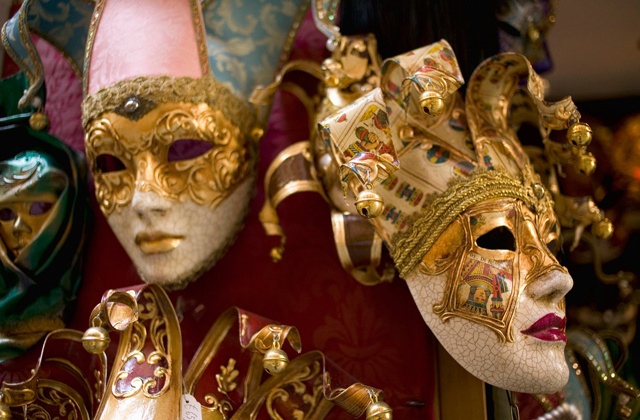 The Carnival of Isla Cristina is one of the oldest and most famous of Spain and has been declared “Festival of Tourist Interest” in Andalucia. The fancy-dress ball and the ride are the two highlights of this day full of fun for the islanders, which take place between 20th February and 2nd March.

Tradition is so strong here that even when Franco ruled the country, people continued celebrating them clandestinely, even when these kinds of festivals had been banned. If you are thinking about a destination do not forget this little corner in the province of Huelva. Also, if you decide to you enjoy this carnival, then Huelva is the place to explore the most fascinating history of the conquest of America, or unspoilt sublime places to rest, such as the beaches of El Rompido. 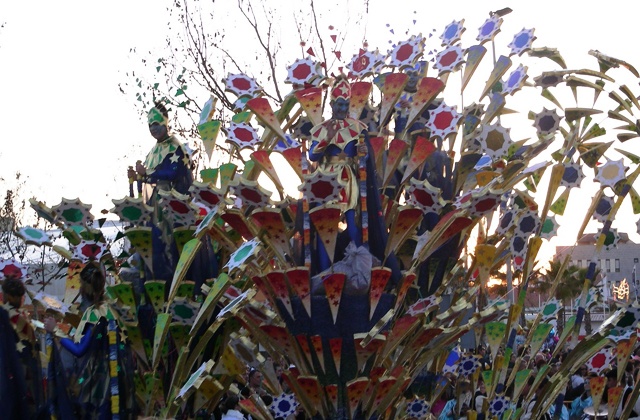 Jerez de la Frontera also celebrates Carnival together with its wine-making history. Allusions to the god Bacchus and great glasses of this delicacy are part of some of the features of this place. The floats go out, while clamour extends through every street of the city. What is great about the province of Cádiz is its historical connection with carnivals, as the locals let their imagination fly as they try to exceed themselves when it comes to originality every year. If you want to see this by yourself, this year the city will be full of colour from 23rd February to 2nd March.

There is a nice costume competition and a passacaglia for children which they truly enjoy. The province of Cadiz is sunny and usually fortunate to have an excellent weather. Its thin sand beaches such as Conil or Tarifa are another attraction to be added to this festive offer. Don’t miss this opportunity and visit Jerez and its surrounding towns during carnival season.

Don’t think about it and go to Andalucia for Carnival. The good weather of this region and the friendliness of its people is the best combination for a few days of fun. Prepare your costume and come to the streets of southern Spain to experience one of the most traditional festivals.

Fuerte Hoteles has great four-star facilities located on the beach or in the middle of unique natural areas in Conil de la Frontera, Grazalema, Marbella, Torrox and El Rompido.