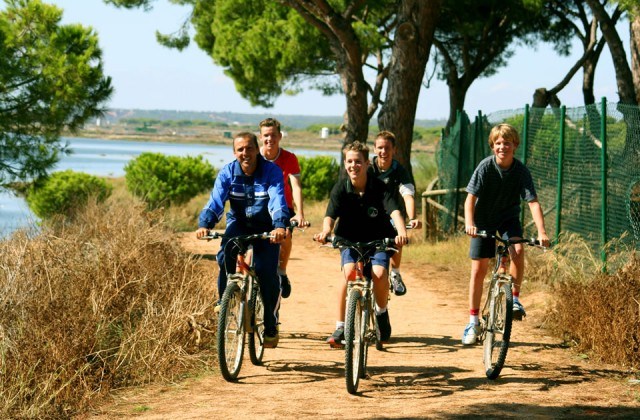 Did you know that Andalucía is the most protected region in the European Union?


This May 24th marks the European Day of Parks so we invite you to come enjoy the people, natural spaces, local community and crafts gathered to help celebrate this weekend, including bike trails, hiking, exhibitions, tastings of typical local products, informational lectures, workshops, exhibitions and seasonal fruit picking.

The beauty of the local terrain, ecosystems, unique flora, fauna and landscape make this corner of Southern Spain the ideal location to enjoy exceptional and responsible tourism that puts you in touch with nature. This is something we in Andalucía know a lot about. The region boasts the most protected natural areas in the European Union, with a total of 247 spaces spread across the province. These include the Sierra de Grazalema and the Doñana Natural Parks, both declared World Heritage Sites and Biosphere Reserves by UNESCO.

The Sierra de Grazalema is one of the most important natural treasures of Spain. In addition to its environmental value, the area is home to some of the most beautiful white villages of Andalucía.

The Sierra de Grazalema Natural Park is recognized as a Biosphere Reserve thanks to its varied landscape that makes it the ideal place to trek and explore routes like the Pinsapar, the Majaceite River or the Garganta Verde. Check here the different routes.

To mark the occasion of the European Day of Parks, the park’s staff has organized a guided hiking route called the ‘Puertos de las Presillas y del Boyar y Cabecera del Guadalete”. They will also host various workshops and activities under the theme, “Know Your Power”, as well as offer a botanical excursion on flora and vegetation.

Activities in the Doñana Natural Park

The nearby Doñana National Park, next to El Rompido, is a mosaic of ecosystems that host one of the unique collections of biodiversity in Europe. Of particular interest is the park’s marshland, which plays an extraordinarily important role as a point of transit, breeding and winter rest for thousands of European and African birds.

Visitors can also find a collection of endangered species in serious danger of extinction, including the Imperial Eagle and Iberian Lynx and explore the area by foot, horseback, camel, 4×4, Segway or even taking a boat down the Guadalquivir River. To mark the European Day of Parks, the area will host a festive fun-day at the Dehesa del Boyal visitor center, offering a puppet theater, workshops and a stew tasting.