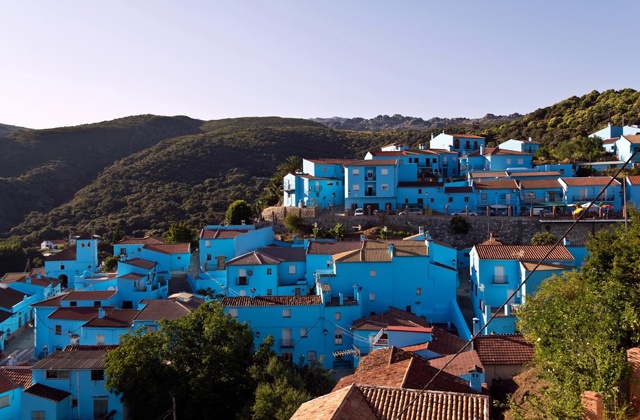 Original towns of Andalucia: the “smurf town” of Júzcar

Posted by Fuerte Hoteles on Friday, November 22, 2013 · Leave a Comment

There are original ideas that can put a town on the map without it having a truly great museum or being the home of a historical figure or artist to place it on a region’s tourist route. And this doesn’t make them any less interesting or curious. Such is the case with Júzcar, a lost town in the Serranía de Ronda in the Genal Valley, which will amaze visitors with its curious blue colour.

What happened was that two years ago an advertising company suggested that the multinational Sony look for a town to host the world premiere of the film “The Smurfs.” The company loved the idea of a town representing the film’s image and, never one to miss a trick, chose Júzcar.

When Sony proposed painting the town blue to the council, it consulted the inhabitants who accepted the idea. The idea was a huge success for both the film’s producers and the town. So much so that after the premiere, the inhabitants, having seen the positive effects “The Smurfs” was having on local tourism and the economy, decided to keep their houses blue.

Now and thanks to this original initiative, the town is world famous, even in Japan, and according to the locals, dozens of tourists, attracted by the first ever “Smurf Town”, visit each day. This small locality also offers many activities relating to hiking, mycology and outdoor sporting activities.

We suggest you make this lovely trip with your family. Surprise them with a themed getaway to Júzcar, but make sure not to tell the little ones that the inhabitants are smurfs; that we definitely can’t guarantee! 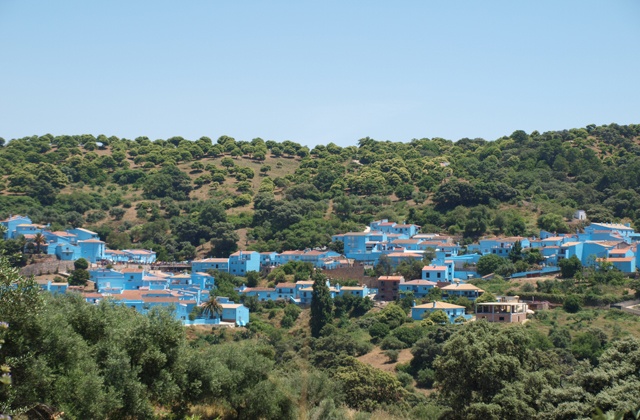