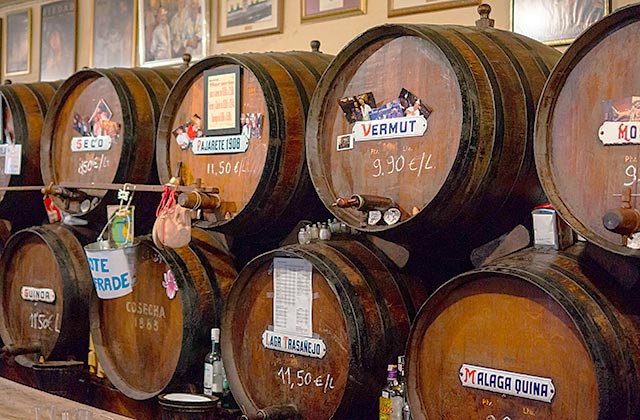 10 wineries in Málaga that shouldn’t be missed: the best local wine

Posted by Fuerte Hoteles on Thursday, January 21, 2021 · Leave a Comment

One of the tourism activities that has experienced most growth over recent years is wine tourism. Many visitors decide to visit wineries and vineyards during their holidays, taking part in tasting sessions and guided tours around the facilities, during which the wine making process is explained to them. Some tours end with tastings of the best wines, normally accompanied with tapas and other traditional dishes from the region. Some wineries even offer introductory wine tasting courses. 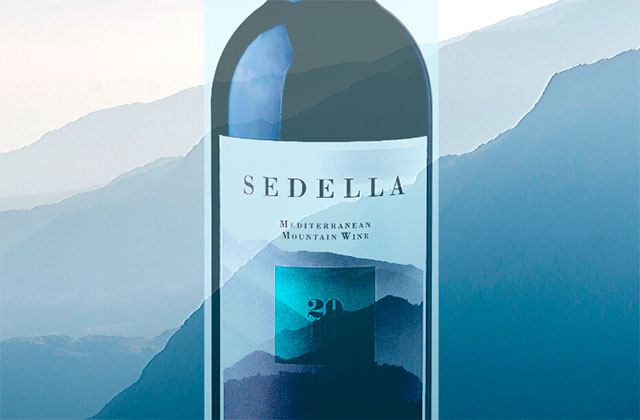 In Axarquía can be found Bodega Sedella, the place chosen by the young and innovative wine maker Lauren Rosillo. He develops his successful wine making formula based on terroir+technique+work. One of the fundamental phases of his wine making process is the use of long ageing periods in new French oak barrels. 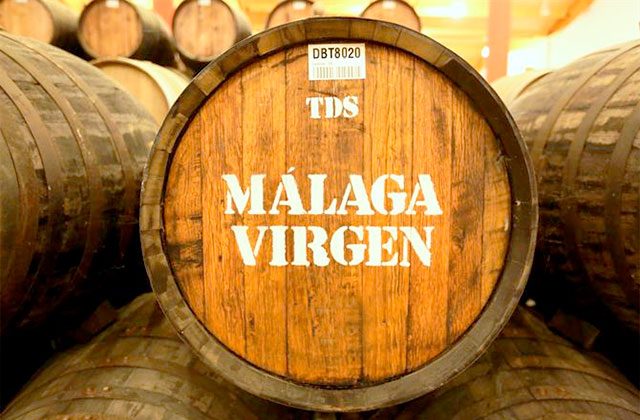 This winery was founded by Salvador López, and is one of the oldest wine producing companies in the province. It produces wines with a denomination of origin, known as Málaga Virgen, a sweet and noble liquor wine. The company also produces Málaga Pálida, Añejo, Trasañejo, naturally sweet and flavoured.

This winery has two centres of production: one at Finca Lagar de Benavides and the other at Finca de Vistahermosa, and vineyards with varieties of Pedro Ximénez, Moscatel, Chardonnay and Syrah. 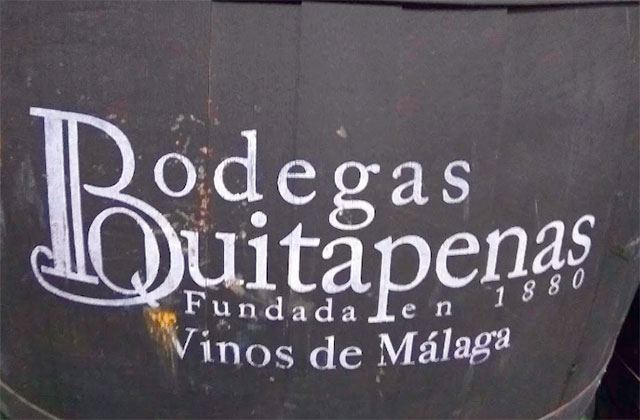 Five generations have been crafting the best known Málaga wine – Quitapenas. They produce a wide variety of wines, particularly dessert and aperitif wines from the Pedro Ximénez and Moscatel varieties, with a Málaga denomination, among others. 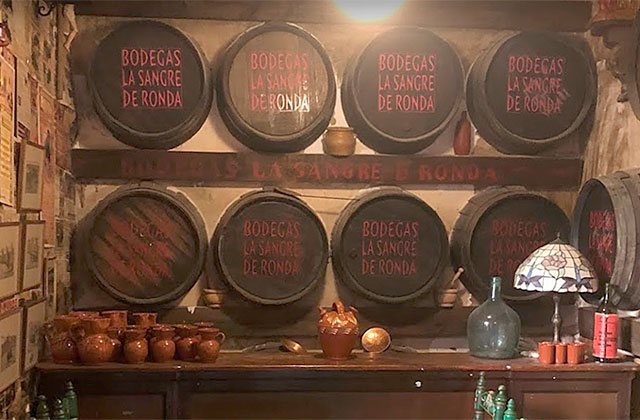 To produce their wines, Bodegas Sangre de Ronda use the latest technology, combined with ancestral elaboration processes. These natural and fresh, concentrated and expressive wines are the best expressions of each grape variety of the Ronda terroir.

During individual and group tours, visitors are shown two areas – the vineyards, set in the Tajo de Ronda landscape, and the centuries old winery, found in the heart of the historical centre. 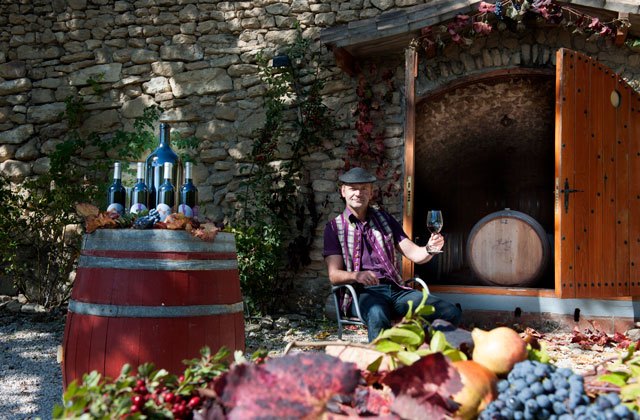 Wine maker Martin Kieninger’s project started in the year 2000 with the planting of vines from Austria at his estate, located on the slopes of Sierra de las Cumbres (Ronda). He brought with him a new boost to the traditional wine making techniques in this mountainous region, with unusual varieties.

Even so, he has not forgotten the native grape varieties, such as Tinilla de Tora and Garnacha Tinta, as well as major French varieties such as the well-known Sauvignon. 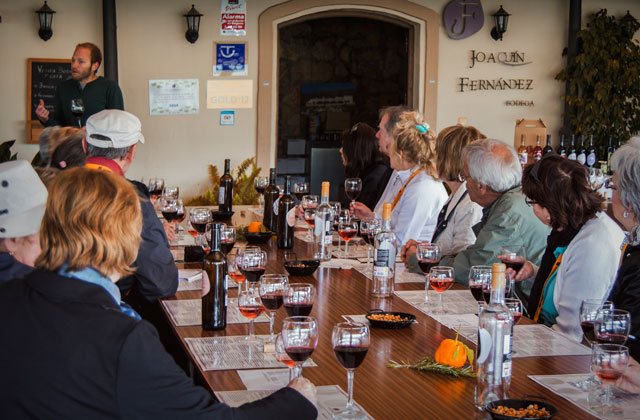 The Joaquín Fernández winery has been crafting its wines since 2002. It is located in a magical landscape, surrounded by mountains. This winery takes care of the environment by creating and producing its wines ecologically.

The wines are fruity, with mature and smooth notes of aromatic plants, spices and leaves. Their specialities are rosés and aged reds. 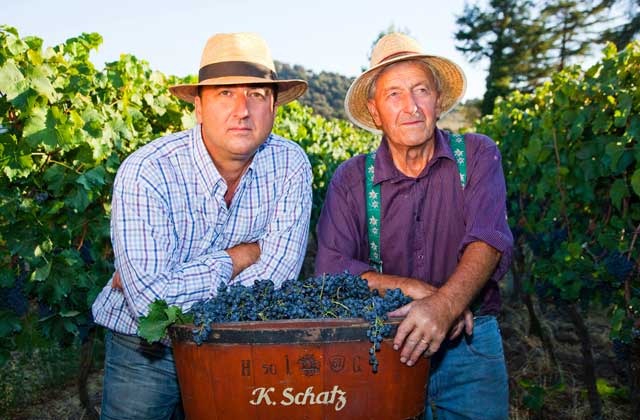 Federico Schatz arrived in Ronda in 1982 and planted 9 grape varieties on three hectares: Lemberger, known as “Acinipo” and Muskattollinger, also known as “Rosado” – two major German grape varieties that are perfectly suited to the soil of this mountainous region. The winery also produces Pinot Noir, a very special Chardonnay, a highly recommended Petit Verdot and a coupage called “Finca Sanguijuela”. 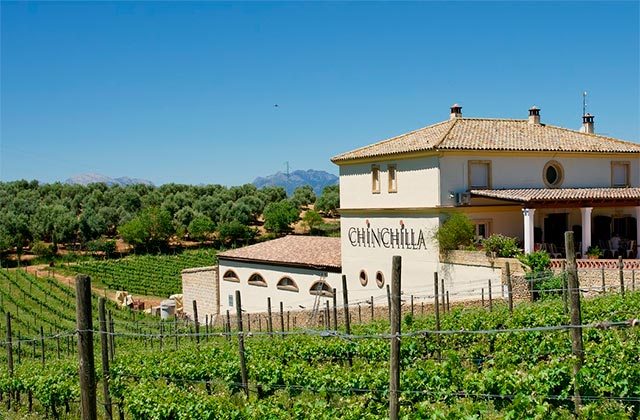 Also in Ronda can be found the family winery Bodega Doña Felisa, dedicated to the creation and ageing of high quality wines since 1999. It is located in an area known as “Chinchilla”, and the wines are based on the carefully harvested and limited production of the vineyard. 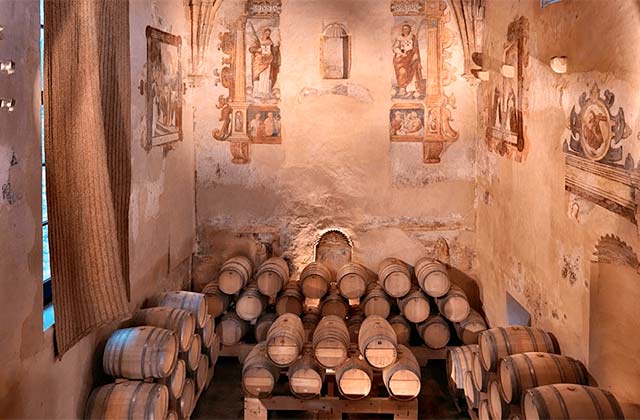 In the Ronda Mountains and close to the Grazalema Park, the Bodega Descalzos Viejos uses the grape varieties of Tempranillo, Syrah, Merlot, Cabernet Sauvignon, Pinot Noir and Graciano to create ecological wines with great structure and minerality.

The winery aims to recover traditional trades, such as the use of draft animals, combined with the use of new wine making technologies to obtain a 100% natural and high quality product. 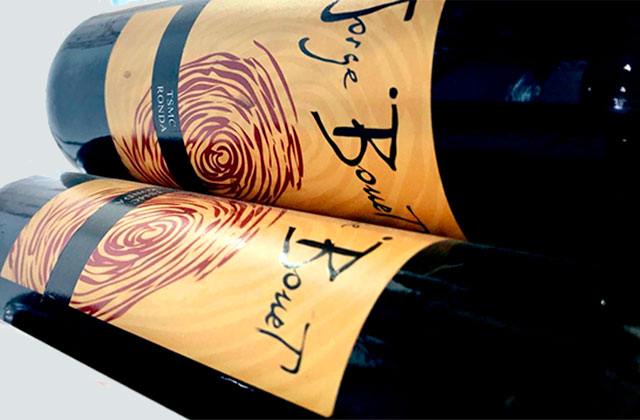 This winery was founded at the time of the restoration, in 2001, of the oratory of the 16th century Trinitarian Convent of the same name. This oratory houses the winemaking area and the barrel hall. The contrast between the walls of the church and the tanks and barrels makes this a unique and special environment.

In 2007, the winery was awarded a Mention of Honour in the restoration category of the Málaga Architecture Awards, as well as an M-Capital Special Recognition at the VIII Mediterranean Culture Awards 2007.

Wine Route of the essential wineries in Malaga

Olée Holiday Rentals apartments are found on a perfect spot on the western Costa del Sol, between Torrox y Nerja, typical Andalucian towns with the best weather in all Europe. The 87 apartments that make up the complex, have air conditioning, a wide living room with satellite TV and modern kitchen equipped with an oven, dishwasher, washing machine and dryer. Some of them have a balcony and wonderful views to the Mediterranean Sea.