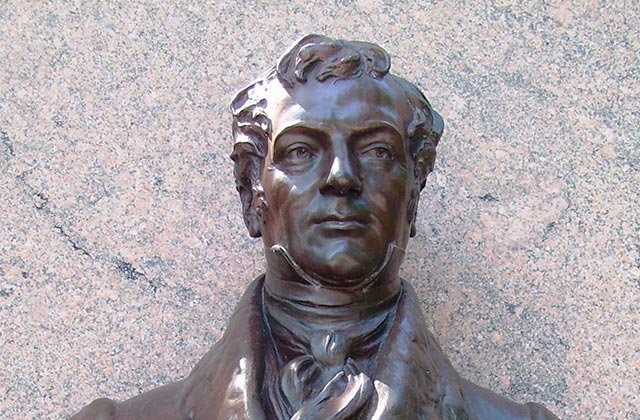 Discover Andalusia by bicycle with the Washington Irving Route

In 1829, the romantic and diplomatic American writer Washington Irving, fascinated by the wealth and exoticism of the Spanish-Muslim civilization, made a route from Seville to Granada through Antequera where he was enjoying and taking in every detail of the historical heritage and beauty of Andalusia. The author of the Tales of the Alhambra has left, on his way, a legacy to be followed by later generations, since there have been many over the years who have decided to pursue such a spectacular path.

One of the features that make it a tourist attraction for sports lovers is that the route is enabled to do it by bike in seven days. If you like history and in turn nature and physical exercise, do not hesitate to delve into this adventure. The route can be done completely or only some sections. We recommend, if you do not want to do it completely, that you do not miss the part belonging to the province of Malaga. Enjoy Andalusia on wheels and aim to every detail of the Washington Irving Route by bike. 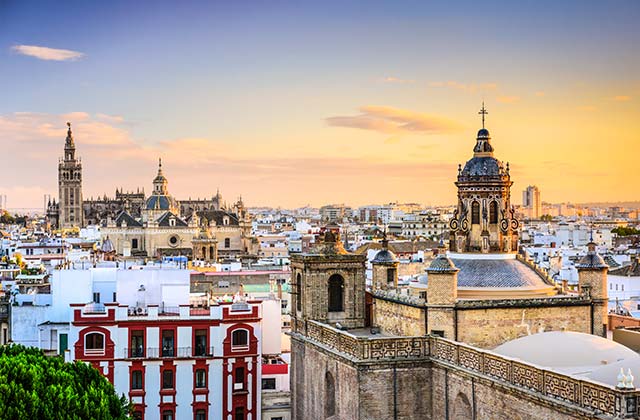 The Washington Irving Route is designed and located to be made completely by bicycle. It begins in Seville and it passes through Alcala de Guadaira and the Sierra de los Alcores and its Roman capital, Carmona. In this way, much of the countryside of Seville can be visited. It is important that before leaving you put on comfortable clothes and, above all, you are attentive to the signs that exist on the route to avoid you getting lost. Along the way you can stop at any of the villages to eat something or cool off. Try to distribute your strengths and do not overdo it at this early stage, as there is still a long road ahead and the last sections are the most complicated although the route is generally considered of medium difficulty.

This first part of the journey combines extraordinary monumental wealth with a variety of equally remarkable landscape and naturalistic interest. Not only Seville, but Carmona, Marchena, Osuna, Estepa, are amazing monumental complexes that also owe much of their vestiges of Arab heritage. 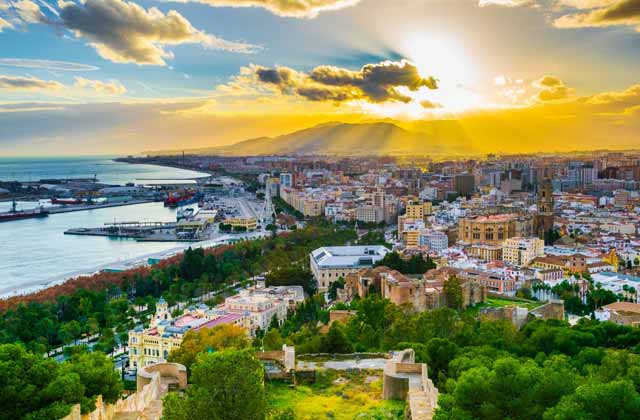 The stretch that runs through the province of Malaga is one of the most impressive and popular, as many of the people who decide to make the route and do not want to do it completely choose this option. From the countryside of Seville, the route submerges up to the stunning Fuente de Piedra Lagoon. Here you can take the opportunity to make spectacular photos of the scenery and enjoy the views of this enclave, cradle of the colorful flamingos.

Step by step, the traveler moves to the crossroads of Andalucia, Antequera, to the north of Malaga, at the gates of the kingdom of Granada. The beauty of its scenery did not go unnoticed by Irving who wrote “A little further on, Antequera, the old square of warrior reputation, settled in the lap of the great hills that run throughout Andalucia, appeared before our very eyes. A noble meadow stretched at its feet, like an oil painting of quiet fertility framed by rocky elevations. After crossing a river of calm waters we approached the city between hedges and orchards… Everything in this venerable city has a decidedly Spanish seal”. This city will not disappoint you and may be an ideal place to take a break and enjoy its charms and its gastronomy. Nothing better to get your strength back, before picking up the bike again, than to try an earth muffin (typical rounded white bread from the village) with olive oil.

From this location you continue by Archidona and along the way you will find the impressive Peña de los Enamorados. This enormous rock impressed the American writer and all who visits it. It has the shape of a woman lying down or of an Indian (depending on the angle from which you look at it) and hides the legend of two lovers (a Christian and a Moorish) that let themselves fall into the void so that they would not be separated and thus lie together in eternity. The journey on the bike impresses because it makes you feel like a thumbnail next to the huge stone figure. 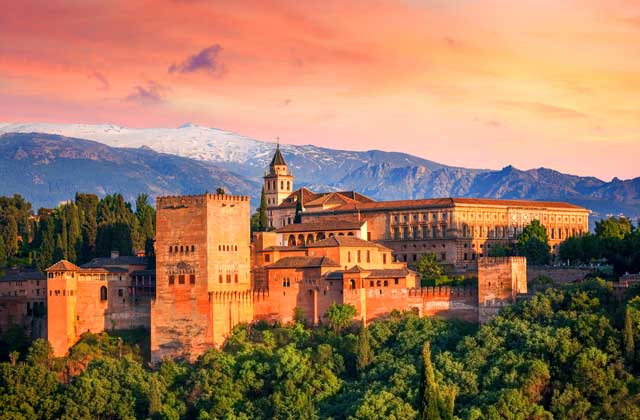 After passing Archidona, the cyclist is immersed along the course of the Genil River in the province of Granada. From the city of Loja, you are offered the possibility to go to two beautiful villages, Montefrío or Alhama de Granada, and from there to the Granada meadow. These lands and the completion of its tour in the Alhambra deeply inspired Irving. Take your time with this last stretch which is the most complicated by the accumulated fatigue and the orography of the land. The truth is that the experience is worthwhile and the reward, in addition to a week of physical exercise surrounded by nature and cultural heritage, is none other than to contemplate one of the most beautiful sunsets in the world: the one that lets the sun set behind the reddish walls of the Alhambra. 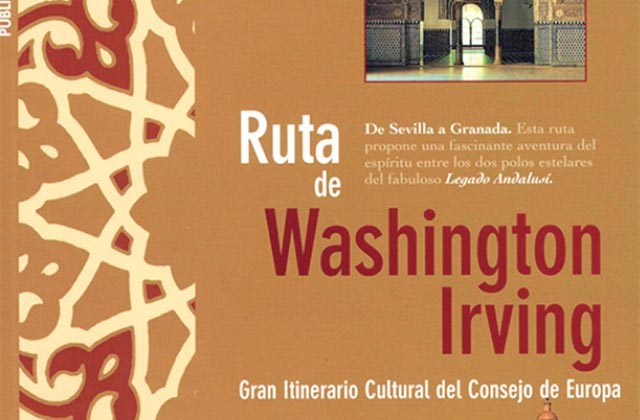 The Washington Irving Route is signposted throughout the journey but, if you feel more secure, the Andalucian Legacy Foundation has published a field guide that contains a complete description, maps and photographic road book. Before doing this route you should also keep in mind that for the most part the tracings were made on real roads, green or agricultural roads and farm tracks and, in any case, sections of local roads with little traffic.

In 1829, Washington Irving covered a large part of these roads on horseback, so this adventure that evokes his steps from Seville to the magical capital of the Nazari Kingdom, can be the perfect excuse for you to know the authentic and romantic Andalucia. From this historic journey came the famous Tales of the Alhambra, and in your case a unique and unforgettable experience.
It is a Touristic-Cultural Route declared European Cultural Itinerary, and as such enjoy each of the cities of the tour, with the pleasure of traveling by bicycle along the roads that join them.

If you travel to Andalucia do not hesitate to go for higher quality accommodations. Fuerte Hoteles is the best option to stay if what you visit is the south of Spain. The chain has establishments where you will be able to enjoy, in addition to its services, the best of each point of the Andalucian geography and its traditions. More than 60 years’ experience is the best guarantee. Marbella, Conil, Grazalema, El Rompido or Torrox are some of the enclaves where you can find these amazing accommodations.