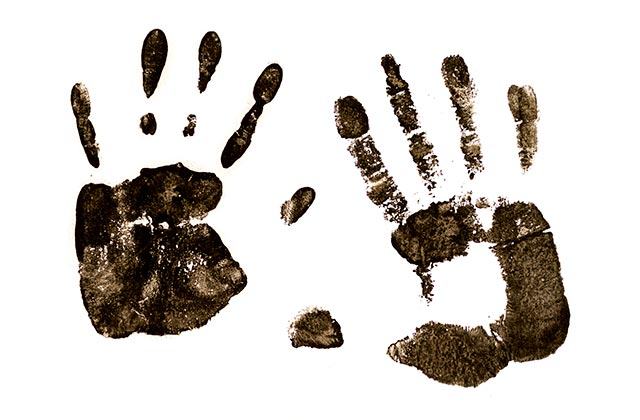 10 curious festivals you cannot miss if you visit Andalucia

Posted by Fuerte Hoteles on Wednesday, January 29, 2020 · Leave a Comment

Andalucia has a huge amount of popular traditions to enjoy any time of the year. So grab your camera and get ready because we present the ten most curious Andalucian festivals and traditions that you can and should go to in the south of Spain.

To run stained with black paint, witness the horse races on the beach or recreate a Napoleonic battle are experiences you have to live at least once in life.

1. Festival of Doughnuts and Trucks in Olula del Río (Almería) 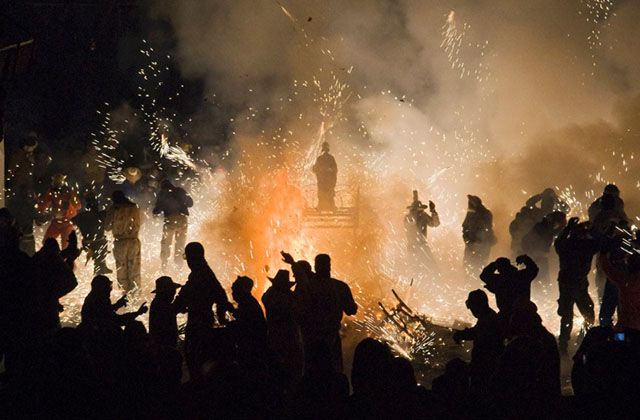 The largest festival of this Almeria Village is dedicated to their patrons St. Sebastian and St. Ildefonso and it dates back to the early XVIIth Century. On January 19th and January 22nd, as from 10 p.m., the peculiar festival of fire begins, in which its neighbors, well protected for the occasion, throw about 4.000 dozen trucks through the historic city center every night, filling it with fire and gunpowder.

On the 20th a procession is held in honor of the saints, who are paraded through the streets of the town while donuts and ring-shaped rolls are thrown at them from the terraces, windows and balconies. The neighbors that accompany them try to catch them in the air and they are placed at the waist, forming a sort of sac around the body.

2. Festival of the Immaculate (Seville) 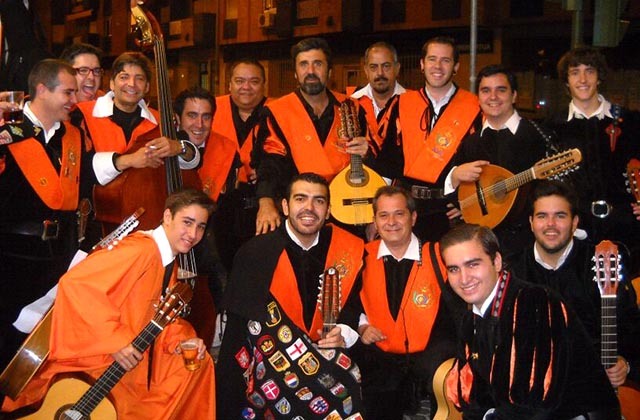 From December 7th to December 8th this festival is held in honor of the Virgin of the Immaculate. Plaza del Triunfo, where you will find the monument to this Virgin, is the meeting place of the attendees, who gather between the Cathedral and the Fortress.

There begins the traditional parade of all the tunas of the city and many of the outsiders who come to sing to The Immaculate commemorating this festival. The show and the atmosphere extend well into the morning. In Seville it is said that if it does not rain that night, it will not rain in Holy Week either, and it is thus confirmed every year. 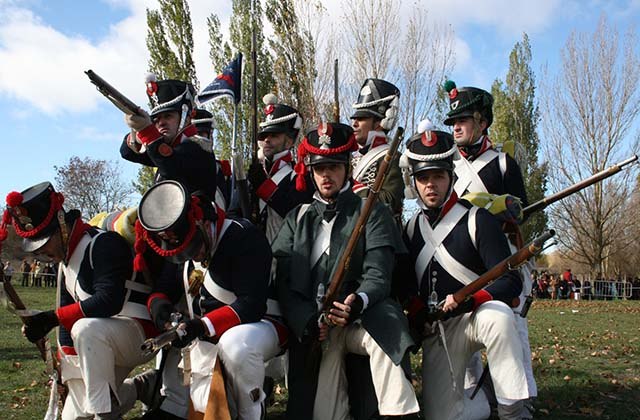 From July 17th to July 22nd stay in Bailén and travel back in time nearly 200 years to recreate the Battle of the War of the Spanish independence in 1808, the first defeat in the history of Napoleon’s army. This celebration was declared of National Touristic Interest in Andalucia in 1999.

Every year they count on the participation of the Company of the Army from Córdoba, to march and salute the memory of those who fell in that battle. 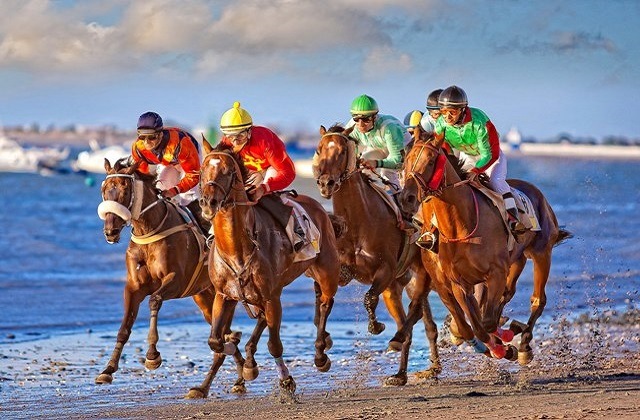 The horse races on the beach of Sanlucar are a great sporting event that has been held since the XIXth Century, when they were just informal competitions that were done by the owners of equine stock, used to transport fish from the old port to the local markets and nearby towns.

They are currently considered as a Festival of International Touristic Interest, turning the beach into an improvised racetrack in which important stables and riders compete during the month of August. The races are always divided into two cycles of three days and the times of the races are not known until the very day because it depends on the number of horses that run and the state of the tide. 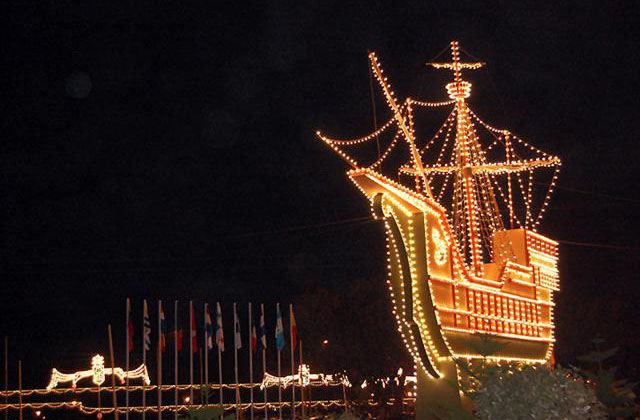 The Columbian Festivals are the main festivals of Huelva and are held since 1882. They are currently declared Festivals of Touristic Interest of Andalucia and are a tribute to the navigators and sailors who set off from the Puerto de Palos, together with Christopher Columbus, on the way to the Indies.

The festival begins on August 3rd, coinciding with the day of the departure of the ships in 1492, with the inauguration of the Front lights and a Fireworks Castle. The Columbian Festivals extend 5 more days with sporting events, concerts, exhibitions and tributes.

6. Cascamorras of Baza and Guadix (Granada) 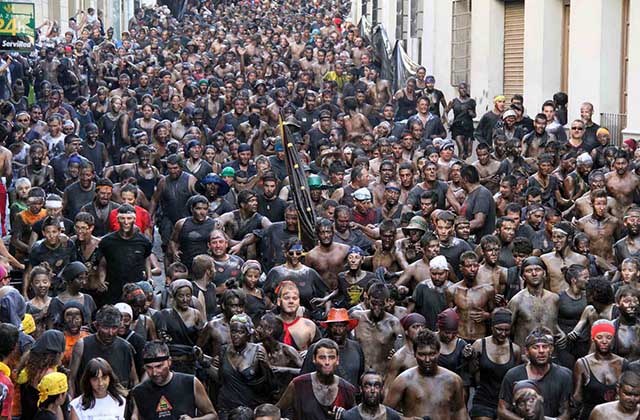 The Cascamorras Festival is celebrated every year on September 6th and it is declared of International Touristic Interest since 2013.

This celebration has been shared by the towns of Baza and Guadix for more than 500 years, when a worker from Guadix found the Virgin of Mercy while doing the works of the Main Church of Baza. The dispute over where the Virgin should stay led them to hold a procession from one location to another, which has resulted in this unique festival.

Every September, thousands of people gather to smear themselves with black paint from head to toe and go to meet a man who comes from Guadix, called Cascamorras, to stain him and run with him through the streets of Baza so that he does not arrive clean to the church where the Virgin of Mercy is. According to tradition, if he can get there without getting stained, he would return to Guadix with the Virgin leaving Baza without a Festival. 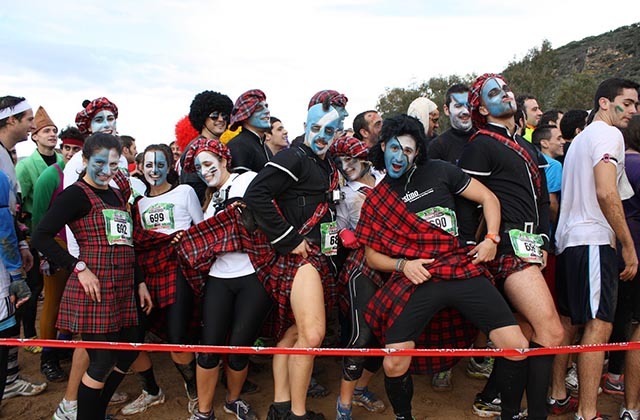 The Invencible Eternal Running is an extreme race of approximately 10km where participants will have to overcome 64 obstacles including straw bullets, rivers, mud pools and wire circuits. It is an overcoming challenge and sacrifice, but that includes a lot of fun for all those who feel that life is a constant challenge. It is called Eternal because, as its name suggests, it is a circuit that seems eternal for the participants.

All those who pass the goal become INVINCIBLE, which is the title given to all those who achieve it. There are also special prizes such as the one of “best costume”, since the participants make the funniest costumes to start their adventure.

Every December 31st, the citizens of the town of Coín and the curious that come to the province come together in the Pescao Square to see the year off in the most original way.

Not even the neighbors are clear about the origin of the particular festival, but for more than three decades, Coín changes the traditional New Year’s Eve gala costumes for fun costumes to celebrate the farewell of the year on a date that fills the town streets with hustle and bustle. 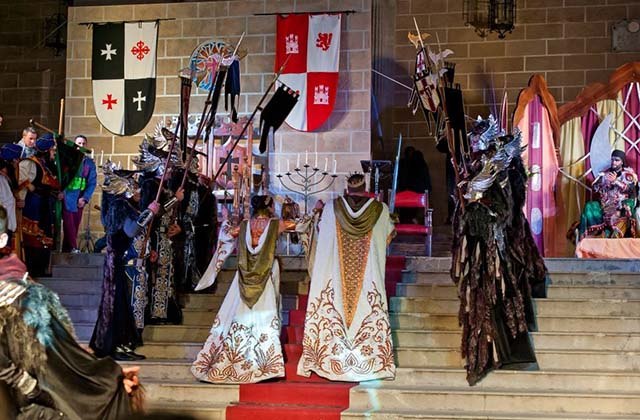 On the last weekend of April you can enjoy three days of brass bands, parades and music that is both Moorish and Christian, in which all the people of these towns participate.

Sunday is the parade of Moors and Christians up to the Hermitage of the Virgen de la Cabeza, which highlight colorful costumes of the time, spectacular battles by the image and representation of a play known as “The Papers”, which lasts until Monday.

The town of Mancha Real has introduced the Levantine custom of building faults in the Valencian style for over 30 years. The fault of this town is the only one that is burnt in Andalucia and is declared of Andalucian Touristic Interest.

The burning is done in the Festival of St. Joseph and ends with the burning of the ninot the night of March 22nd. All kinds of activities that have made this a unique tradition bonfire are developed around the fault.

The best option to discover all the secrets and traditions of Andalucia is Fuerte Hoteles. The chain has more than 60 years of experience and their hotels are strategically located in Marbella, Torrox, Grazalema, Conil and El Rompido to be able to move and devote your time to thoroughly know the popular festivals that the Andalucian provinces offer.