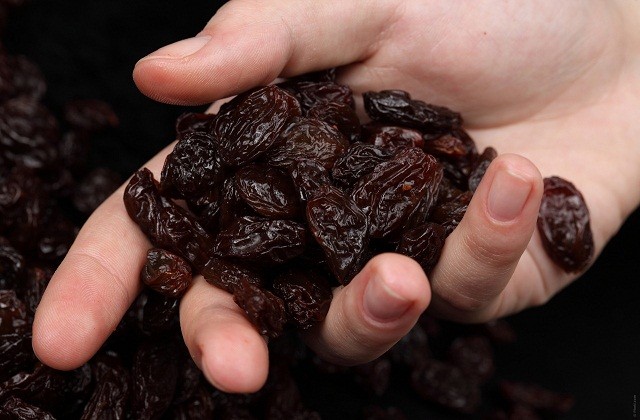 The Most Authentic and Typical Product of Malaga: The Raisin

Posted by Fuerte Hoteles on Thursday, September 12, 2013 · Leave a Comment

If there is one local product that signifies the ecological identity and quality craftsmanship of Malaga, it has to be the area’s raisins. This has been so widely recognized that the European Union recently granted the product a protected food status under an established designation of origin of ‘Malaga Raisins’.

The Malaga raisin in the product of sun drying the muscat grape, one of the varieties of Vitis Vinfera, the oldest grapes in the world. Originating in Egypt, it is believed that the Phoenicians were the first ones to bring them to the area – a crop that was later improved by the Greeks and Romans, through to the Muslim period, which was also much appreciated.

The Most Traditional Vintage in Europe 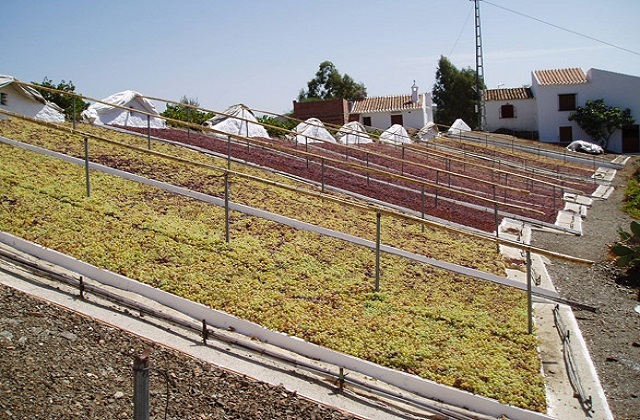 Throughout history, little has changed in the process of preparing the Malaga raisin as those produced Axarquia region remains one of the more artisanal and unique vintages of Europe. Each year, the area attracts more and more visitors and experts from around the world.

This agricultural tradition has been passed down from parents to children, remaining exactly as it did centuries ago, helping local producers overcome challenges, including a difficult terrain, which provides an inaccessible topography for modern, mechanized approaches to harvesting like tractors. With slopes angling up to 60%, the area requires that all work by done by hand and with a little help from animals.

La Axarquia is full of tradition and charm, complete with vineyards overlooking the sea and residents who remember the area’s Arab past, including white painted streets with flowers hanging from windows above. This area accounts for 65% of the producing acres across the province, with the small town of El Borge dedicating the most land to the raisin in all of Spain. 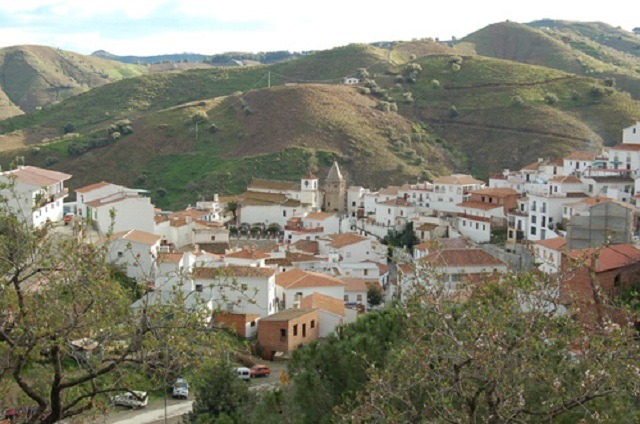 Summer is the time of harvest, a period that tells the same story that has been told here for thousands of families who have preserved and practices the ancient techniques needed to bring this typical product of Malaga to tables half a world away:

From mid-August, ripe grapes hang low from the vine, almost touching the ground and situated on almost impossibly steep terrain. In a scene more suitable for climbing, the worker sets out with a wooden box on his shoulder and proceeds to collect the fruit with just a knife and his own hands.

Farmers cut bunch by bunch and place them in the box with the utmost care to avoid damage. Keep in mind that most of these grapes are intended for use as raisins, so it is important that they arrive in perfect condition. Unlike those grapes gathered for wine, these crops are not meant to be treaded on!

Transporting On The Back Of A Mule 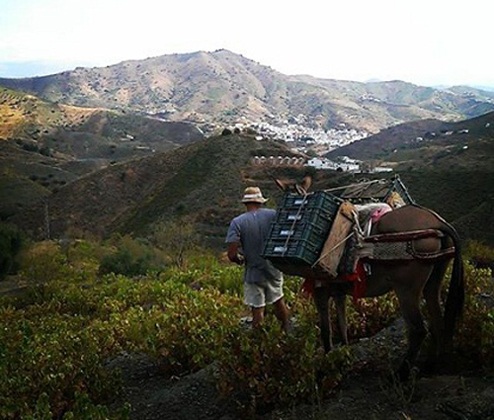 Once enough boxes have been filled, they are placed on the back of a mule to be transported to the pasero, the area will the drying of the grapes will take place. But the worst is yet to come with another laborious step of this difficult process – the tenderizing of the grapes.

At this point, the grapes bushels are removed from the box, one by one, and laid with great care on the ground. From there, the sun will do the rest of the work, or so it seems at first. With the sun only drying one side of the grape, it’s required to flip each cluster of grapes to dry the other side after about two weeks. Once complete, the dehydrating process will have removed about 70 percent of the grapes water.

The paseros is a tract of land, located on dry farmland and topped with a headboard where you can attach an awning to protect the grapes in case of rain. During the drying period is very important to consider the weather, since in case of rain, a few drops of moisture could be enough to rot an entire batch. In fact, during the night, the grapes are often covered to some degree to prevent any potential damage from the dew. The grower must be constantly vigilant as any neglect or abrupt change of temperature could lead to a tragedy.

Picking The Raisins, One By One

Once the process is complete and the once green grape has become a purplish-black colour, the growers must pick the raisins by hand to be transported back to the farmhouse. The finest clusters, including the most colourful, are packed separately. The rest are moved on to the next arduous stage: manual selection and picking.

With scissors in hand and the patience of saints, men and women in this area sit on their ‘enramás ‘ (a shelter made ​​of branches) day and night to pick the raisins. Clusters are placed on a ‘formalete’ (wooden tray that fit over the legs), and arranged with scissors to separate the raisin clusters one by one. Here is also where raisins lacking quality are removed to be used in the production of vinegar.

Once the picking process is complete, the raisins must be sorted by size; a task that is done with a screen in which the farmer separates the product according to size. Finally, it’s time to put them into cooperative, where they are cleaned and prepared for packaging and sales.

The Moscatel Grape. Wine Or Raisin?

It is at this point that surely many of the readers of this blog are wondering why most raisin production in Axarquia goes for natural consumption and not to make wine. As the farmers say in the area, this fruit has a unique quality  – “these are not grapes for treading.” 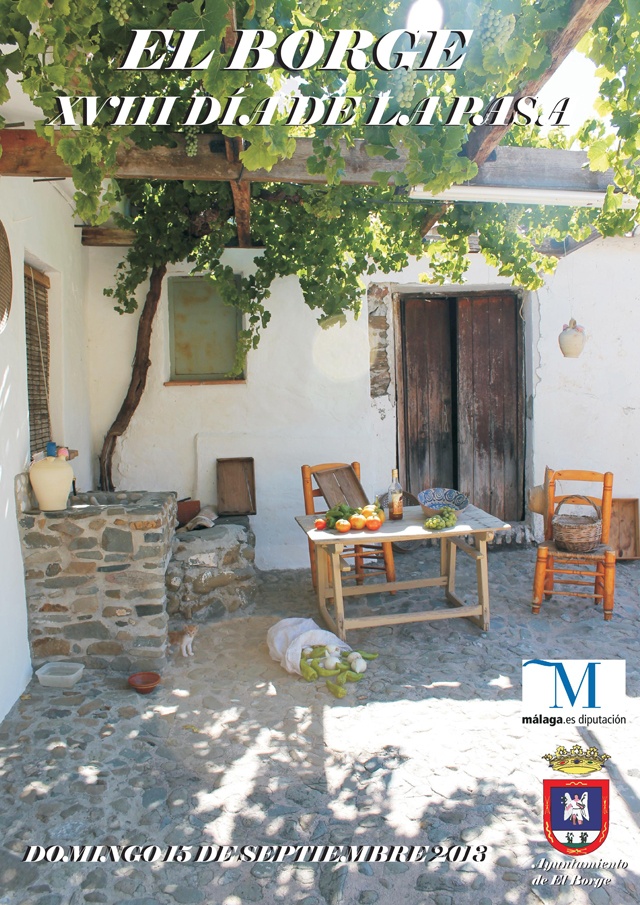 Sayings aside, wine made from muscat grapes or raisins is also a precious commodity in the province. Thanks to the raisin’s high concentration of sugar, wine made there possesses a sweet, muscatel aroma and an especially intense taste. Of course, in this case, and probably to the relief of many, the famous wines of the Axarquia do use more modern techniques than the dated approach of treading on the grapes in hemp sandals.

If you’ve worked up an appetite, try looking in your local supermarket for a brand of raisins from the area known as El Pasero. However, it’s surely more enjoyable to sample these treasures in some hidden corner of Axarquia, purchased directly from their producers at fairs like the area’s Día de la Pasa, or Raisin Day, which takes place every third Sunday of September.