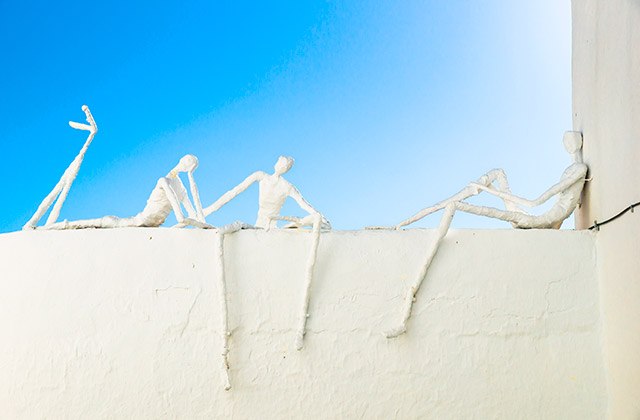 The unknown Malaga. Discover ten curious corners of the province

Posted by Fuerte Hoteles on Tuesday, February 2, 2021 · Leave a Comment

When we travel to a place we’ve never been, the first thing we do is to consult guidebooks, surf the net or ask for advice in the destination hotel. But, like in all the towns and cities, in addition to the most famous monuments, there are legends or curious corners which are rarely visited and which are often strange even for people who live in the area. Here are ten curious corners in the province of Malaga. Monuments, buildings and artistic expressions you won’t find in any other manual. 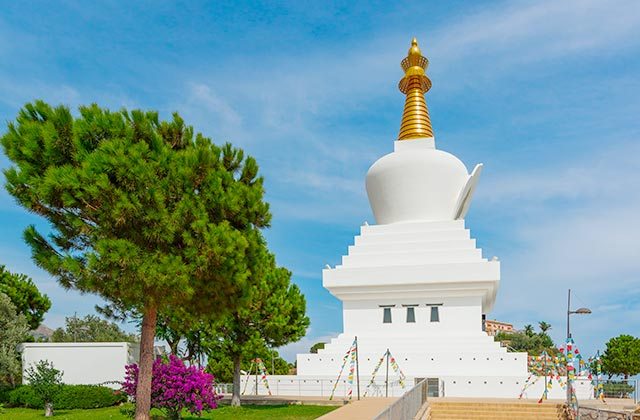 In the middle of the Sierra de Mijas and above the sea, we can find this Buddhist stupa in Benalmádena. The white quadrangular building is notable for its dome and its golden conical tip. Earth, water, air, fire and ether are represented through the architecture and the design symbolises the Buddha’s enlightenment. So here, on the Costa del Sol, we find this Buddhist temple recognised as the largest in Western Europe. If you visit the province of Malaga, you can come to this spot for meditation and see Himalayan culture first-hand. 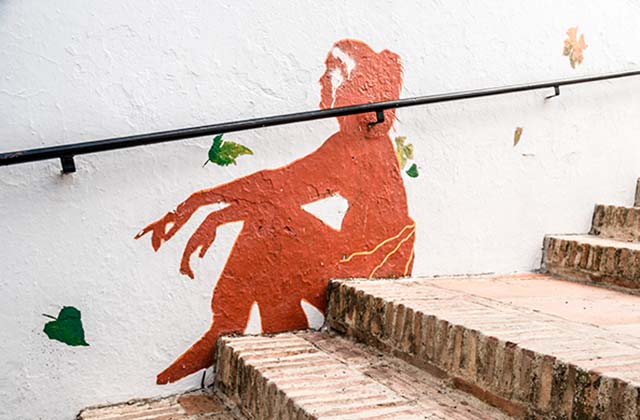 Genalguacil is a small village in the Valle del Genal which holds one of the most important art festivals of the province every two years. Started in 1994, this biennial art exhibition gathers renowned artists from around the world for two weeks to create a work which is later shown in the city.  The village offers bed, food and everything else needed for their work and, in exchange, keeps the work of these sculptors, painters and photographers forever. Carved trunks, sculptures, art on the roof and a totem are some of curiosities you can see the result of this artistic event in Genalguacil. 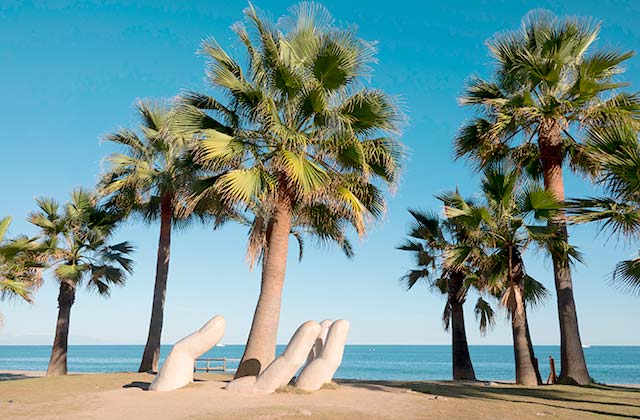 In the heart of the Costa del Sol is Fuengirola. In this city, the buildings have a very special feature. Old walls on buildings and other unused walls are used by artists for their paintings. This is an Open Museum and is available to everyone and allows everyone who wants to walk around the city to see a wide range of urban art. If you like paintings, it is a nice example of how to decorate unused areas and how to involve all locals in art. 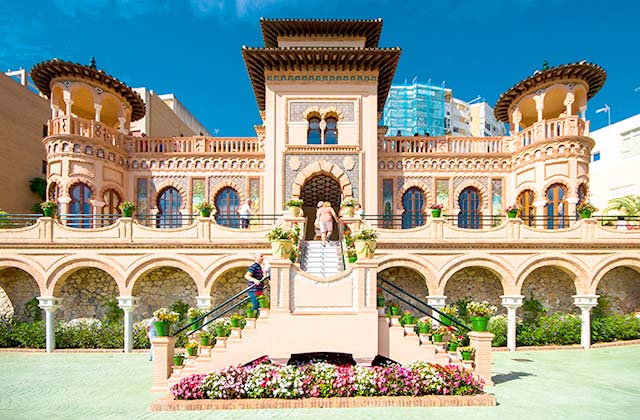 This residential palace belongs to a businessman dedicated to sugarcane production, the construction of which began in the early twentieth century. The style is clearly Neo-Mudéjar and the interior decoration is inspired by the gardens of the Alhambra. It is located on the Bajondillo seafront on a cliff and has some enviable views. If you stop by, you will see that this enclave seems to be immersed in a dream of the Arabian Nights where you can enjoy the splendour of our Arabian roots in addition to the smell and the sea breeze. 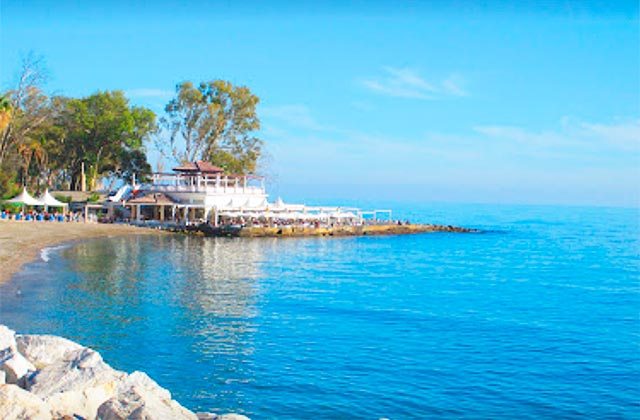 This is one of the emblems of the city despite not being one of the most advertised places on the tourist trail. This is an old bath complex next to the sea, now almost in ruins, where, for the first time, in the early twentieth century, mixed bathing was allowed between men and women. It was designed for the upper class of society and built with stones from the quarry of San Telmo. Don’t miss the sunset from this point of Malaga as it is one of the most beautiful views you can see in the province. 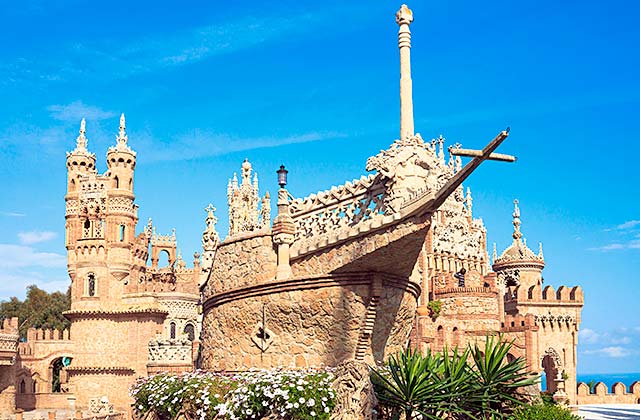 Colomares Castle is a monument to Christopher Columbus which was built to celebrate the fifth anniversary of the discovery of America. Among the styles that are distinguishable, we can see Byzantine, Mudéjar and Gothic. The smallest church in the world, dedicated to Elizabeth of Hungary, is found inside, and is even included in the Guinness Book of Records. If you walk around you will notice the castle is in the shape of one of the Columbus’ ships.

7. Hand of Santa Teresa in Ronda 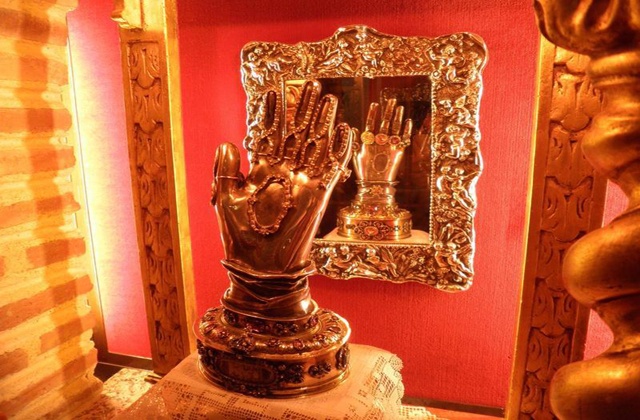 In the town of Tajo, Ronda, is one of the relics of the Catholic Church which is unknown to many. This is the incorrupt hand of Santa Teresa de Jesus which is kept in the La Merced Cloister. History tells us that nine months after the death of the Carmelite nun, her body was exhumed and, according to Catholic tradition, was incorrupt. That’s when one of the pastors present decided to cut off her right hand to give it to the Carmelite nuns. Currently the relic is protected by a silver glove inlaid with precious seventeenth century stones. 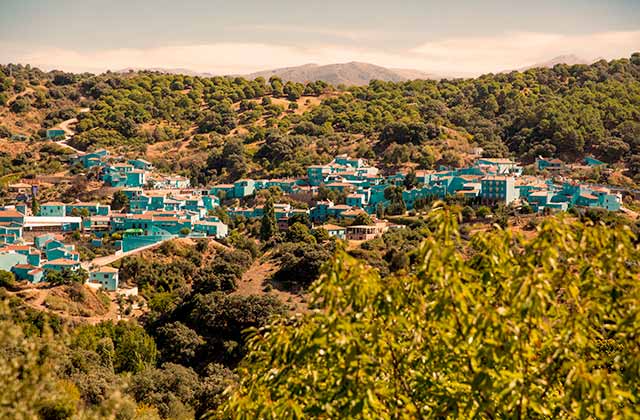 If you want to see something original, don’t hesitate to stop by Júzcar. Its blue houses have made it the world’s first Smurf Village and represents one of the most curious attractions of the province. This is a town that breaks completely with the typical white Andalusian aesthetic and has street corners adorned with these cute cartoon characters. A unique place to enjoy a day of rest. 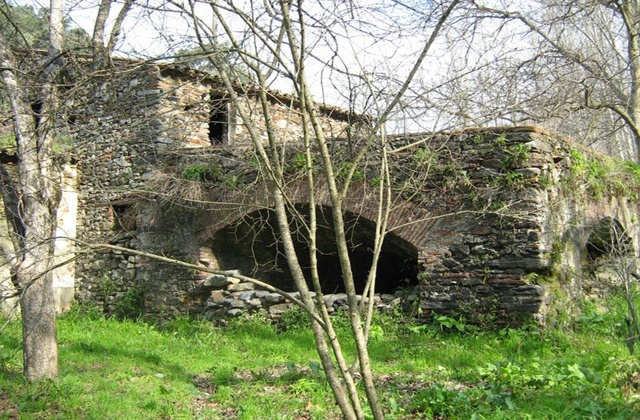 These ruins are given so much importance due the fact that it was the first tin factory in Spain. Located in Júzcar, it was essential for the transport of charcoal and wood from the Serrania de Ronda, necessary elements for casting. Being unique in our country, it needed the help of German technicians who were experts in this field which was unknown to the Spanish. Now only some ruins remain and it is a special setting for lovers of photography. 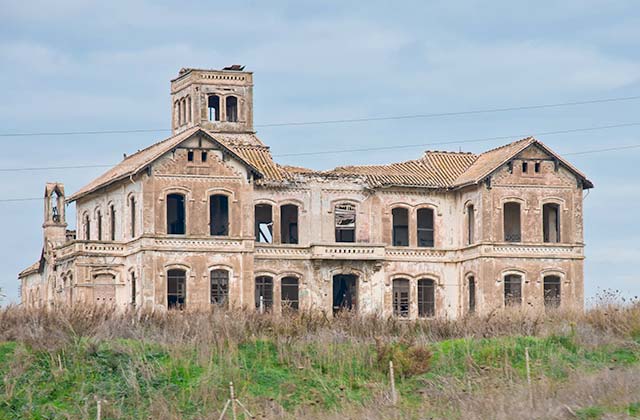 If you are a lover of mysteries, don’t miss the Cortijo Jurado. This is a mid-nineteenth century bourgeois working farm. But rather than its artistic value or structure, it is famous for its paranormal legends. It has become an area which is studied and visited by those interested in these scary stories. It is said that you can see shadows which look like people with hats and you can easily record EVP. Many people come to take pictures and try to receive some kind of message or signal from the afterlife. If you aren’t scared and you like this area, don’t forget to come to the Cortijo Jurado.

These are the ten most curious corners of the province which can make your trip to Malaga a different experience. These are not the typical tourist routes or the different cities’ traditional sights, but a unique alternative to make your trip a different kind of memorable.

If you decide to visit the Costa del Sol and enjoy the city of Málaga, there’s nothing better than staying in a prestigious hotel. Fuerte Marbella offers you all kinds of services and amenities in the heart of this town in Marbella. It is an environmentally-friendly locale that offers all kinds of services.  On the other hand, if you prefer to see the east, you can do so by staying in the Olée Holiday Rentals Apartments between Torrox and Nerja, typical Andalusian villages with the best climate in Europe.

This chain with more than 60 years of experience is a leader in quality. Holidays with friends, with family or friends, however you choose to travel fits these hotels perfectly.