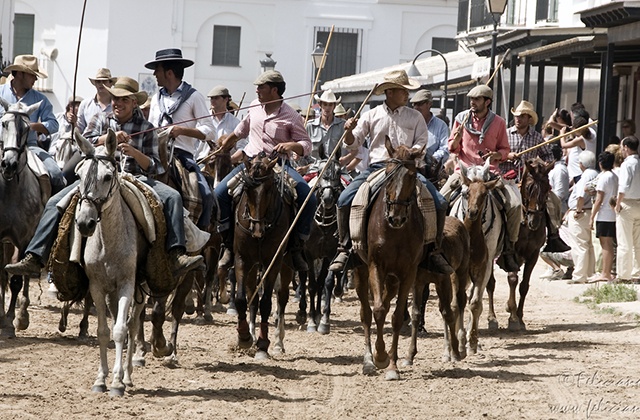 Posted by Fuerte Hoteles on Tuesday, January 6, 2015 · Leave a Comment

When the New Year arrives we always make a list of resolutions to carry out in the next 365 days. Quit smoking, play sports or dieting are the three recurring ideas many of us have. But apart from those ‘auto promises’, there are a lot more fun listings to keep in mind, especially in order to plan the vacation of the following months.

In Fuerte Blog we want to help you and, we propose a fun ranking for you to carry out in 2015. Do not miss our 12 months and 12 plans in Andalucia, a plan for every month, so that the moment you decide to make a getaway to these lands of the south, you can enjoy everything it offers. 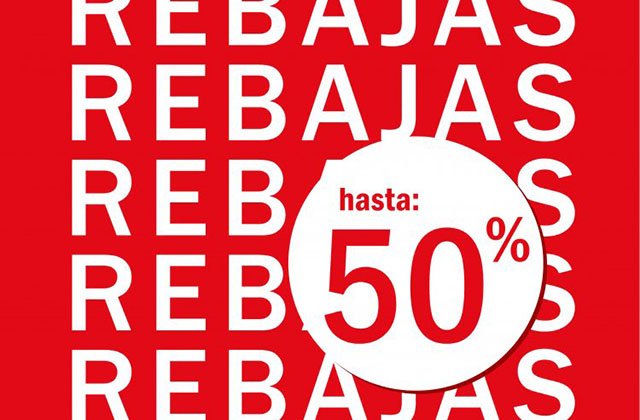 When the year begins, the most awaited time for consumers comes: the bargains. This January is the perfect time to buy those dresses, bags, shoes or accessories we really look forward to obtain at a good price. A perfect place in Andalucia to go shopping and more in bargains is undoubtedly Marbella. This Costa del Sol City has a large number of boutiques from international fashion houses and it is the ideal time to indulge in luxury and acquire higher quality models. 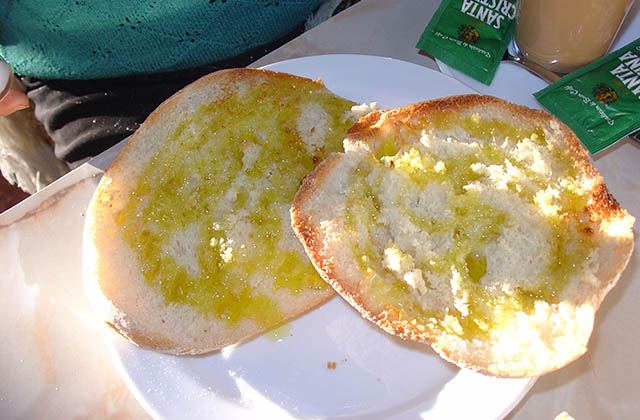 If you prefer to escape to the lands of southern Spain in February, you’ll be able to be part of their big holiday: Andalucia Day. The 28th of this month is the time when the celebration of the referendum on the initiative of the autonomic process is commemorated. Throughout the territory, festivals and tastings of local products follow one another. It is a tradition to give children a snack of bread with olive oil and in many towns, the sevillanas and the flamenco sound on stage enabled for this great day.

We recommend you visit Casares, birthplace of Blas Infante, who is considered the father of the Andalucian homeland. It is a small town on the Costa del Sol with a special charm given to it by its narrow lanes strewn with white houses and pots on the windows. Several commemorative events are held here to honor one of its most illustrious sons and, in most towns, the events end by all the neighbors singing the Andalucia’s Anthem. 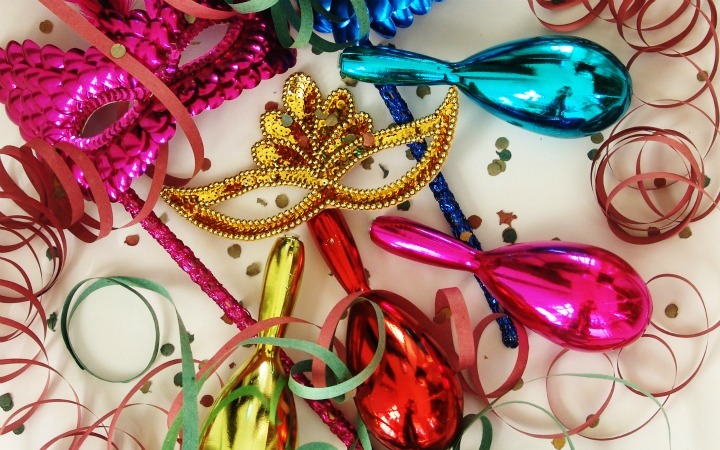 In Spain, the synonym of carnaval is Cádiz. You cannot be in Andalucia and not stop by the capital of Cadiz on these dates. This 2015 the festivities go from February 27th to March 9th. During these weeks, the best-known is the humoristic shows contests and troupes at the Manuel de Falla Theater where more than 100 groups dispute the pass to the semifinal and final stages, reciting satirical songs about politicians, celebrities and other important topics.

The rest of the Andalucian capitals and towns celebrate their own carnival, sometimes with great splendor, and street musicians and bands can be seen throughout Andalucia during these days. 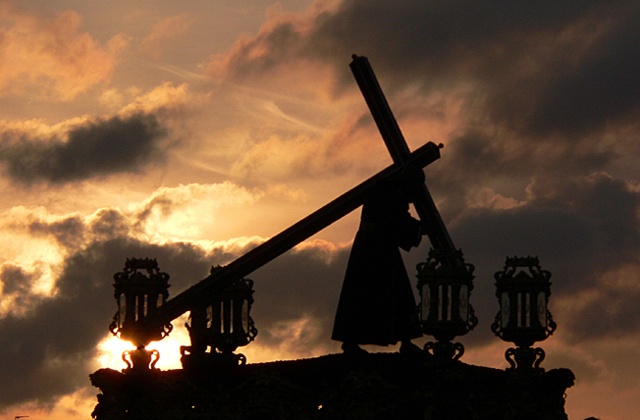 One of the major religious traditions of Spain, specifically in Andalucia, is Holy Week. These days in which the Passion of Jesus is commemorated, the Saints, the Virgins and the Christs take to the streets in procession. Accompanying the jewels of the Andalucian images are rows of penitents (hooded people in robes and carrying candles) in addition to the specific bands of Holy Week.

Do not miss Easter Monday of the Captive of Malaga, unmistakable sign of tremendous devotion and example of faith and tradition strolling majestically through the streets of the capital of Malaga. We also recommend Holy Thursday in Seville, where the whole town is thrown into the street to accompany The Silence, The Great Power, The Macarena, Triana’s Hope, The Calvary and, The Gypsies in what is known as the “Seville madrugá”. Pay special attention, if you are in Andalucia during Holy Week, to cultural manifestations as are the singing of saetas (kind of flamenco typical for this time) besides the clothing of women dressed with a black shawl, very Spanish symbol to show mourning for Christ’s death.
After Holy Week, do not hesitate to stay in Seville to enjoy their April Fair where the gypsy costumes (typical regional), the lanterns, the horses and the sevillanas (Andalucian dance) are the stars of one of the most significant cultural and folkloric manifestations of Andalucia.

5. May: Crosses and Patios 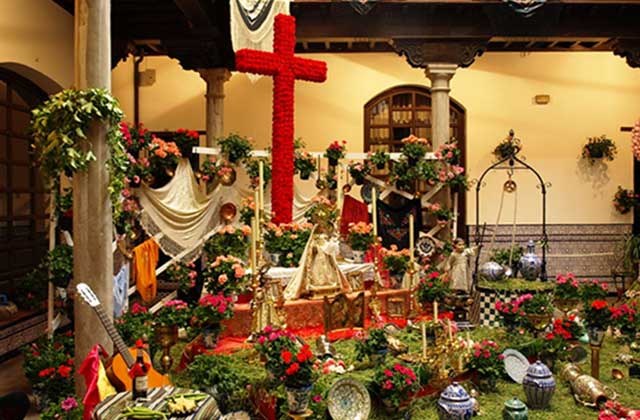 Planning your getaway to Spain in May is a great success, especially if you want to live the Andalucian spirit in its purest form and enjoy its beauty. The fifth month of the year brings the courtyards of Córdoba, a cultural manifestation that consists of florally arranging and decorating the courtyards of the city. These are authentic works of natural art at the service of the delight the sight. An experience that you won’t want to miss and that you have to photograph to save it always in your memory.

The Crosses of May are also celebrated in Córdoba and in Granada. On its streets you will find altars presided over by crosses filled with flowers, that together with the whole set gives the room a very special aroma and a colorful environment. This is an aesthetic manifestation that you can’t miss and where you will also be able to enjoy the Andalucian folklore dances and regional songs. 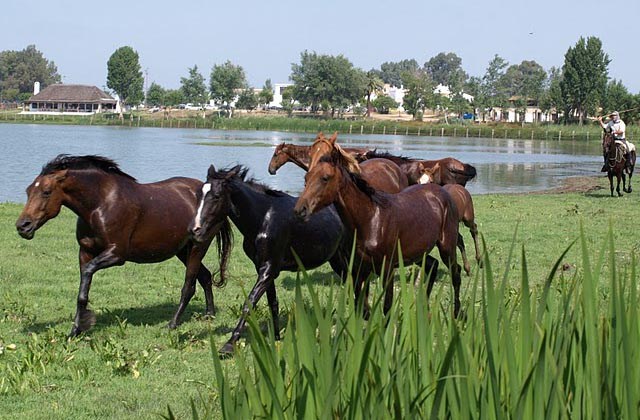 If your goal instead is to visit Andalucia in June, your ideal destination is, without a doubt, Costa del Sol. The Night of San Juan is celebrated from June 23rd to June 24th, a magical celebration full of magic and wishes that ignites around the coastline like an ember. The fires follow one another on the beach and just when it is the stroke of midnight, people bathe in the sea to ask for their wishes and cleanse themselves. After this, it is necessary to jump over the fire three times to let go the bad energies. A ritual worth experiencing.

Thus, St. John the Baptist, which is celebrated on the 24th, is the patron of many Andalucian towns that on this day have its greater celebration as in Alosno (Huelva), with its cascabelero dance.

Among the livestock celebrations we must highlight the Saca de Yeguas in Almonte (Huelva), on June 26th. The townsmen mount on horseback to the marshes of the Doñana National Park from where the mares and the colts that were born during the year are led to the town, in a beautiful image, especially when they cross the village of El Rocío. 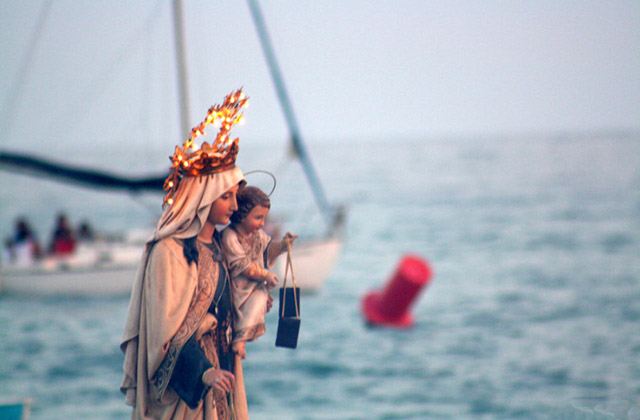 July brings with it the seafaring festival par excellence, the day of the Virgen del Carmen on the 16th of this month. We recommend that you spend it at any of the points of the Andalucian coast because this deeply rooted religious tradition is worth living up close.

Virgen del Carmen, patron saint of the sailors, comes out in procession through the streets of the Andalucian coast towns to bless all who are devoted to the arduous task of fishing. The image arrives to the beach to consecrate the waters and ensure the protection of the children from the sea. This is a celebration that will surprise you with its beauty and devotion. In some places, even the Virgin gets into the sea either by boat or on the shoulders of the sailors. 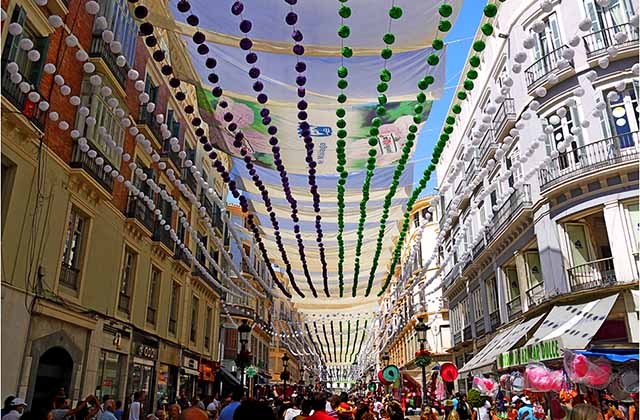 In August, the main character is Malaga, so do not hesitate and jot down this destination on your agenda. The August Fair in Andalucia is the most celebrated of the capital of Malaga, which will take place in 2015 from August 16th to August 23rd and which commemorates the entry of the Catholic Kings in the city on August 19th 1487. It is called the Southern Europe Fair; it is the Spanish party with the largest number of visitors.

You can enjoy it both day and night. The Day Fair is celebrated in the streets of the city center where the sevillanas, the typical wine of the earth (Cartojal or Malaga Virgen, among others) and the joy of its people is brimming at every corner. The Night Fair moves to the fairgrounds where the attractions for the children are; dancing booths and spaces to enjoy the best concerts are all set among lanterns, polka dots and flowers in the hair. 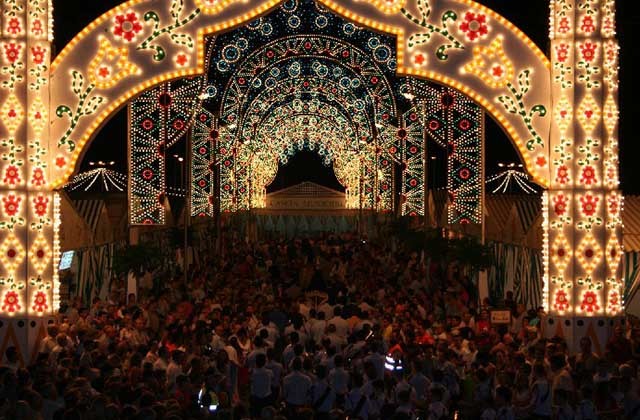 Andalucia is a region full of vineyards and September is special in many cities of its geography. Festivals are celebrated around this crop where cultural demonstrations, tasting of wines and local products, in addition to singing and dancing are carried out with the collection of the grape. Jerez or Cómpeta, are some of the outstanding villages, although the oldest is La Palma del Condado Royal Fair in Huelva that has been continuously celebrated since 1398. Over the years the festival has evolved, from its economic character of the earliest times to the present festive atmosphere. The horse parade and carriages is one of the most striking elements of this celebration that features typical Andalucian costumes and the dancing of sevillanas and rumbas. 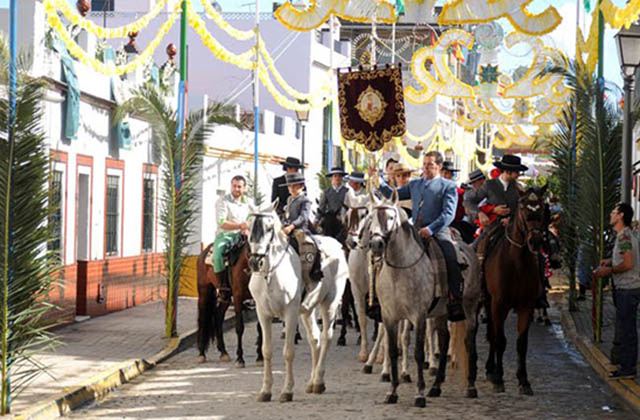 On October 5th, the Celebrations of the Virgen del Rosario de Minas de Riotinto (Huelva) take place. With over 200 years of tradition, the festivities in honor of the patron saint of the town are full of traditions and folk rites. With the same name, festivities are held in Cadiz and Fuengirola on October 7th.

But undoubtedly, what you should not miss is the Hispanic Day which falls on 12th of this tenth month of the year. The Romería de Torrijos, the 5th most important in Spain, is celebrated in Valencina de la Concepción (Seville). According to tradition, in 1600, a hen dug in the ground an image of Christ bound to the column and beside it, a figure that represents St. Peter’s head. 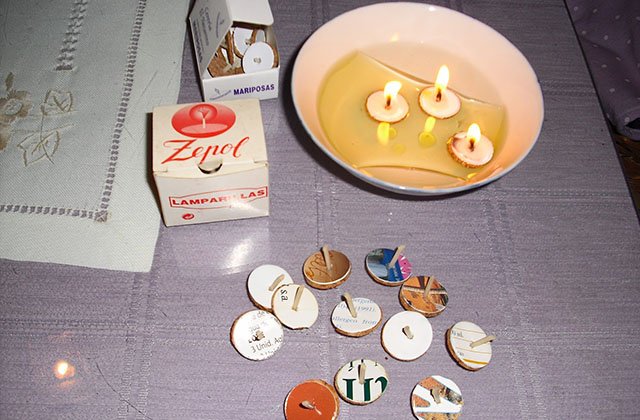 Although the Halloween party extends every year in Andalucia, the month of November in the region is of worship and respect for the deceased. If you come to the south of Spain on the night of October 31st to November 1st, you’ll see (especially in the small towns) bowls with water and oil bearing lit butterflies to illuminate the dead, in the windows of many houses. The first day of the month, everyone goes to the cemetery to fix the tombstones and put flowers for their deceased loved ones. If you’re in Andalucia on this date you will also be able to taste the typical cuisine of the time and try the delicious sweets of the nunneries. A time of meditation that reveals the most ancient traditions of this land. 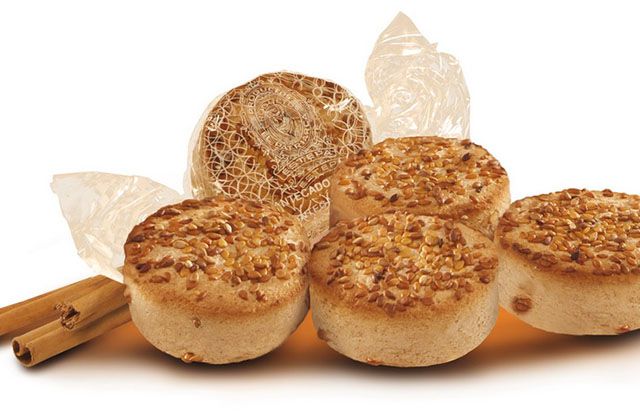 Ending the year in Andalucia is an ideal option to put a finishing touch to the twelve months. This region is rich in traditional sweets and the pastries of Estepa and Antequera are the kings of the Christmas tables of all the Spaniards. You can approach these two locations in southern Spain to taste their products and take the wonderful scent of baked almond or cinnamon that invade both cities with you. Besides, winter is milder than in other latitudes so you can do outdoor sports, or even if what you like is the snow, come to ski in Sierra Nevada (Granada) for a few days. 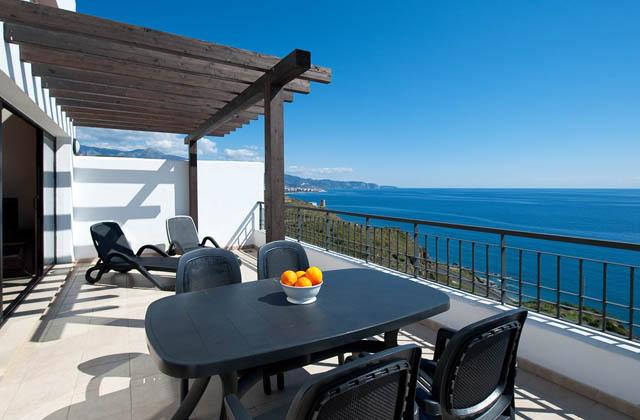 If you travel to Andalucia during 2015 do not hesitate to go for quality accommodations. Fuerte Hoteles is the best option to stay if you visit the south of Spain. The chain has establishments where you will be able to enjoy, in addition to its services, the best of each point of the Andalucian geography and its traditions. More than 50 years’ experience is the best guarantee. Marbella, Conil, Grazalema, El Rompido, Estepona or Torrox are some of the enclaves where you can find these amazing accommodations.