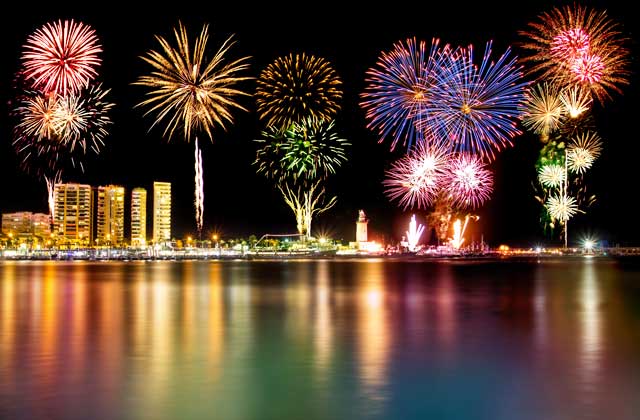 The Ten Festivals You Shouldn’t Miss In Malaga This Autumn

Posted by Fuerte Hoteles on Wednesday, September 19, 2018 · Leave a Comment

Malaga is known across the world for its diverse mix of sun and sand, but this Andalucian province offers more than just simple tourism for travellers. This centre of Spanish activity offers the extraordinary opportunity for discovery, with its festivals as its greatest draw.

Gastronomy, folklore, culture and tradition come together to create the most diverse cultural theme days, music, theatre and especially countless opportunities to taste local products that make the Malaga into one of the busiest spots on the Andalucian tourism landscape each autumn.

Although, many of the region’s events have already passed for the year, we present the ten festivals you should not miss during the autumn in Malaga. Grab a pen and paper and prepare to take notes:

Steep, white streets reminiscent of the Alfarnate Arab past provide a perfect setting for the Moors and Christians Festival in September. This remembrance has taken place in the town of Axarquia since the seventeenth century after the conquest of the Kingdom of Granada. Alfarnate is transformed into a medieval village for a day and its inhabitants are dressed as Moors and Christians to represent the day the Christian troops entered the town. A truly unique party that will transport you to the past! 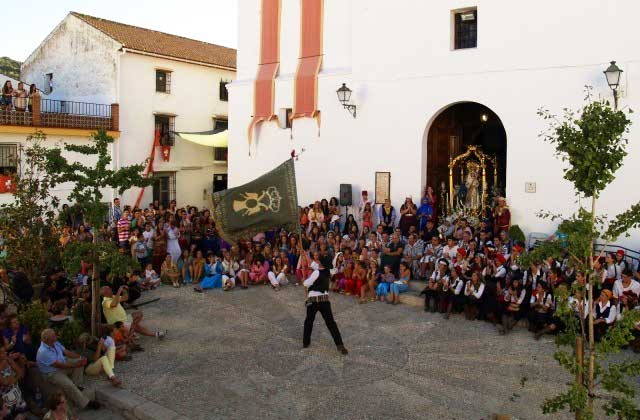 Day of the Raisin, El Borge

El Borge is known as the Village of the Raisin and for good reason as it’s the biggest producer in all of Spain. In September, this village of whitewashed streets and colourful geraniums hanging from windows and balconies celebrates its role as the origin of the Malaga raisin. Visitors to the town have the opportunity to taste the sweet muscatel raisin – unique for its flavour and taste – as well as other typical local foods, like gazpacho, migas, Muscatel wine and other products from El Borge. Finish the day with music, dance and demonstrations of typical grape treatments and practices, where the grapes are collected from the vine before being dried in the sun, turned into raisins, cut and packaged. Remember to visit the church – one of the most beautiful in the province! 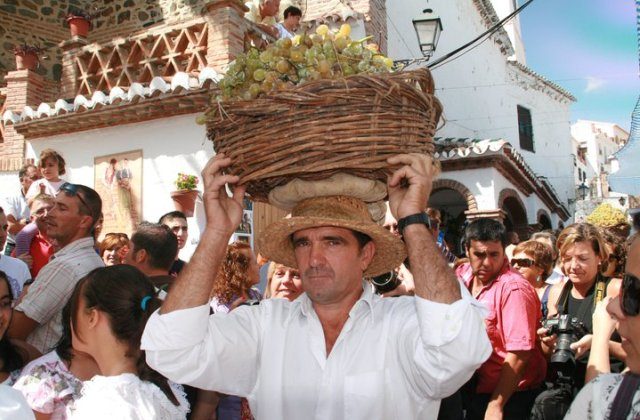 This is a great party for local music, especially to hear Malaga’s ‘Verdiales’, which is the province’s traditional native song and dance. The famous and traditional Benagalbón Verdiales Contest takes place in September, days when visitors can enjoy the experience of verdiales, composed and played with curiously coloured suits and hats of impossible shapes. A show includes the sound of violin, guitar, cymbals and sometimes the mandolin, lute, all together with a dance by the local youth unlike anything you’ve likely heard or seen before. Further, to accompany the music, visitors can taste wine and other local typical products of Axarquia. 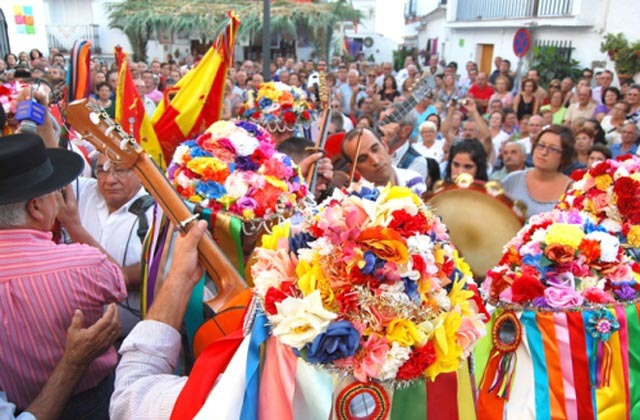 Nestled in the Sierra Tejeda and Almijara Natural Park, Salares showcases the remarkable beauty of Moorish style architecture. In September, this town along Malaga’s Mudejar Route revives its past with the Andalucian Arab Festival. The town re-opens its souk with a craft market and organic farming, and you can enjoy traditional workshops, theatre, competitions, music and, of course, tastings of typical products of the land. 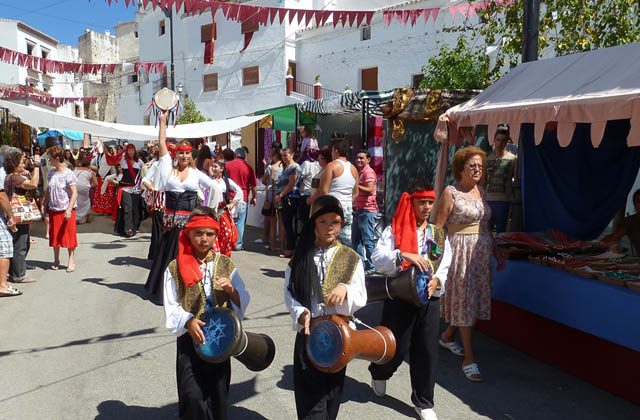 The gateway to Axarquia, the Rincon de la Victoria is a traditional fishing town known for hosting the Treasure Cave, the only sea cave you can visit in all of Europe. Fried fish is hallmark of the town, where Victorian anchovies are prepared in a way specific to its streets. To foreigners, its important to know that in Andalucía, the people of Malaga are known by the nickname, the ‘boquerones’ or ‘anchovies’ for the most typical fish of the region. Be sure to try a ‘manojito frito’ or small bunch of fried anchovies! Cross your fingers. 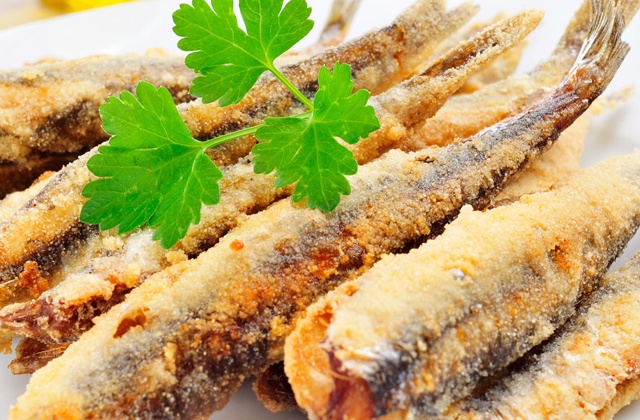 Did you know that Malaga has some of the best cheeses in the world? ‘ The Pinsapo ‘ was chosen in 2012 as one of the 50 best cheeses in the world at the World Cheese Awards. That’s why it is not surprising that Teba, in the region of Antequera, hosts one of the most important fairs in Spanishcheese making.Under the Estrella Arabic Castle, the town hosts a beautiful, artisan cheese market in October, which brings together magnificent cheese made in the village with others from across the country. A unique weekend to sample the best cheeses of Spain without leaving Malaga! 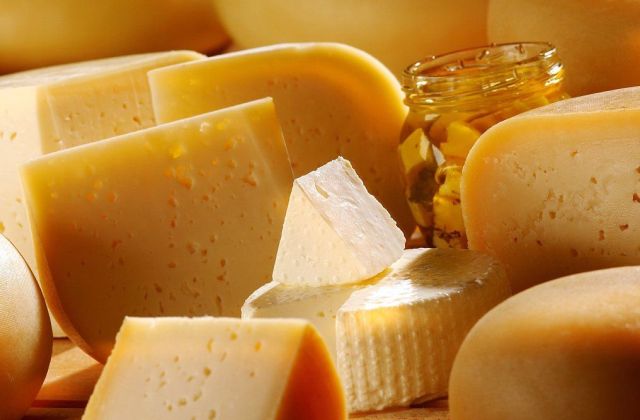 There are no products more representative of the autumn than the chestnut and if you like them, don’t miss the upcoming themed celebration in the town of Alcaucín in October. Throughout the day, hundreds of kilos of chestnuts and sweet potatoes (which are also very typical during the winter) are passed out. What’s more, visitors will be treated to anise (or aguardiente as it is known in Malaga), an ideal addition to accompany typical artisanal shortbreads – a great prelude to Christmas. Bringloose clothing because here, you’ll eat well and you’re sure to eat a lot!

The Mosto and Chacina Feast, Colmenar

When you talk about Colmenar, you’re talking about quality sausages, wine and olive oil. Located next to the Montes de Malaga Natural Park, Colmenar attracts many residents of Malaga to its streets to sample its famous sausages each year. What better time to check out the town’s exquisite local products than the Chacina Mosto Feast, held every other weekend in December. Do not leave without following the Tapas Tour for a little sample of everything, as well as local migas or a dish of Montes, one of the most authentic (and ‘powerful) in the province. 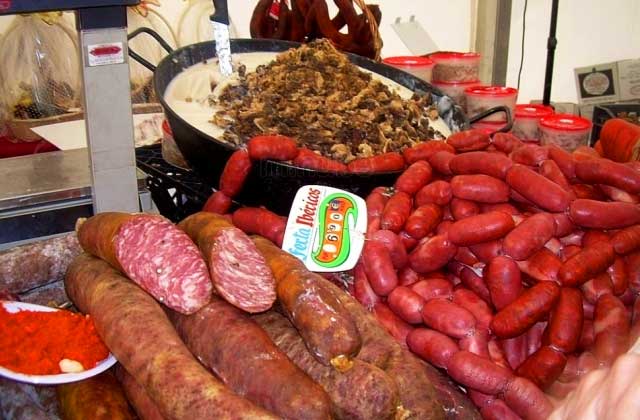 The Migas Festival in Torrox

This celebration of migas in Torrox is one of the most well known festivals of Axarquía. Unlike other places where migas are made usingbreadcrumbs, here they are made with semolina flour, oil, garlic, water and salt. A true and simple pleasure for the palate, migas are ideal to warm you this December.We do have to mention that Torrox is recognized as having one of the best climates in Europe so temperatures this December are sure to be mild. Besides migas, Torrox will distribute hundreds of litres of wine and the famous arriera, – a salad of oranges and cod, creating an explosion of flavour and joy in your mouth this December. 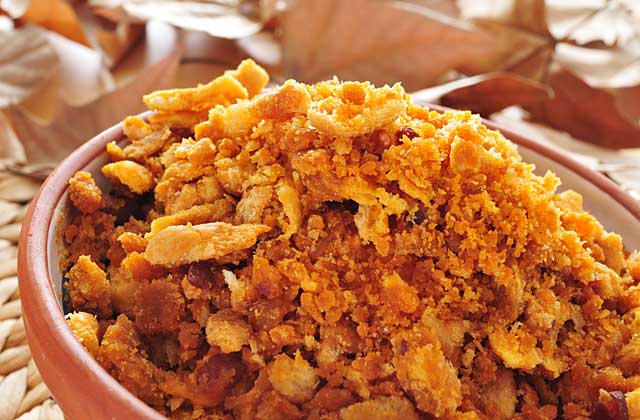 The Living Nativity of Almayate

This list could not be complete without mentioning a religious and historical event so typical of a Malaga Christmas, as the Living Nativity of Almayate. This tiny town is home to this popular celebration, complete with more than 200 participants staging the that tales that stretches from the Annunciation of the Archangel Gabriel to the Flight into Egypt of Joseph, Mary and baby Jesus using the town as the setting of story. The characters of this play help distribute traditional sausages, meats, migas and chestnuts to the audience. 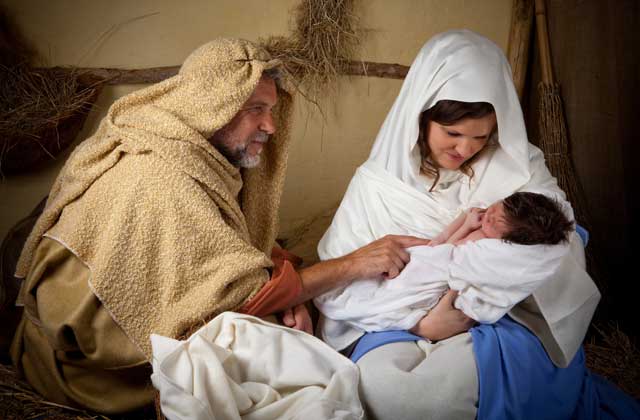 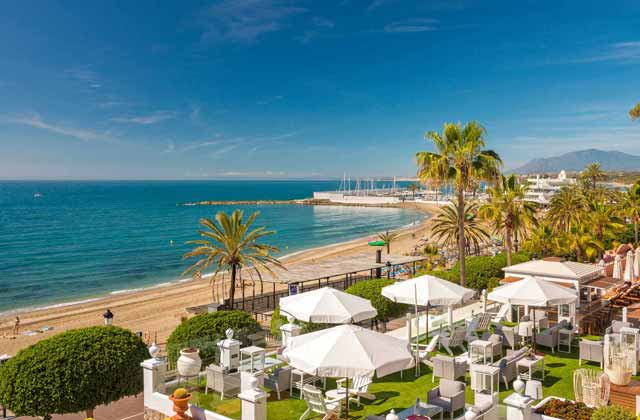 Fuerte Hoteles is always the best option to stay in Andalusia, know its cities and rest. The chain has facilities where you can enjoy, in addition to its services, the best of each point of the region. More than 50 years of experience are the best guarantee and an exceptional starting point for each experience you want to undertake.