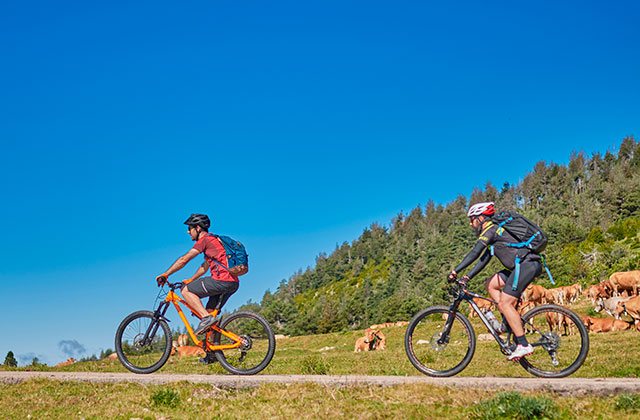 Via Verde de la Sierra, one of the best options for cycling in Andalucia

Posted by Fuerte Hoteles on Thursday, February 17, 2022 · Leave a Comment

When we travel we can enjoy the destinations we visit in many different ways. In recent years, cycling has become very fashionable and Spain has an extensive network of cycle lanes in their cities and more than 2,100 miles of greenways. It is precisely these roads which are set up on disused railway infrastructure which call the attention of lovers of outdoor sports. 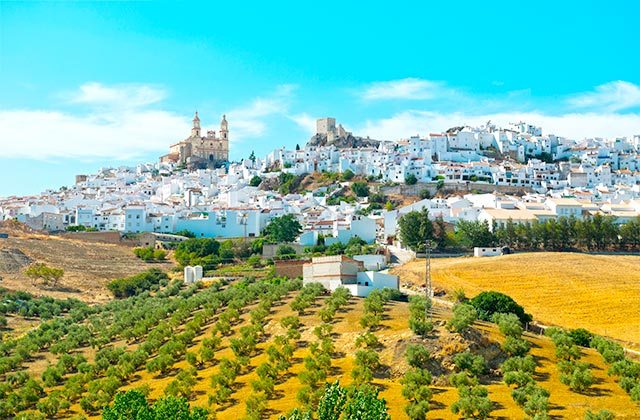 A good place for cycling is undoubtedly Andalucia. Make sure you wear comfortable clothes and take a bicycle to explore the most beautiful green corners of this area. We recommend one in particular: the Vía Verde de la Sierra (Greenway of the Sierra), also known as Vía de Olvera (Olvera Way), as it passes through this municipality. Here is some advice we offer. Open a space in your agenda for this exceptional getaway.

Prepare yourself before going cycling 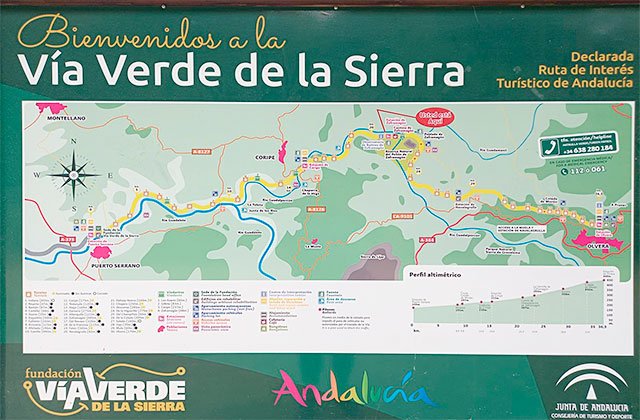 If you decide to undertake this healthy form of sightseeing by bike, you need to prepare yourself before you leave. Although not strictly necessary, it is a good idea to buy some cycling shorts for your route. It is important to be comfortable when you are travelling and sometimes the seat can be uncomfortable. So now you know: sportswear and appropriate shoes are a good idea.

One common urban legend among cyclists is not to drink water before you do it. This is false: drink all you want. It won’t make you fatigued as a result. If you are hungry or thirsty, don’t start. Take a water bottle and a sandwich with you just in case.

It is also important for you to stretch before you start pedalling. Depending on the route you take (the degree of difficulty), you might have to stretch more. When riding a bicycle, your movements may sometimes become jerky and you are better off with warm muscles from the beginning so you don’t come to any harm. Once you’ve completed all these steps, enjoy your surroundings.

CYCLING RULES TO BEAR IN MIND 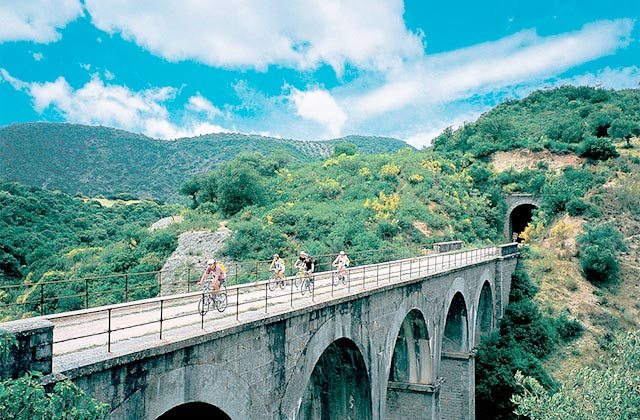 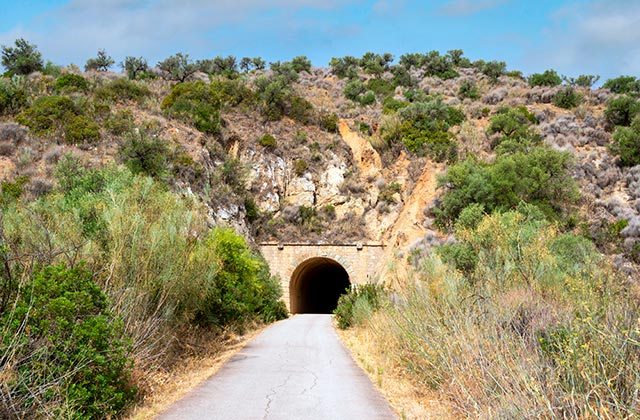 Near the Sierra de Grazalema is the Greenway or Olvera Way, a more than successful option for outdoor sports and for enjoying the scenic wonders of the area. This route has a length of 36 km and runs between the towns of Puerto Serrano and Olvera parallel to the banks of the rivers Guadalete and Guadalporcún, but one option is not to do it in one go. Instead, you can if not join in at any of the appropriate points for those who are new to this sport.

The starting point is located in the old Olvera Station, near the “Vía Verde de la Sierra” Interpretation Centre. Here you can see all the highlights of the environment in an entertaining and interactive way. Once you’ve soaked in all the information needed to enjoy yourself, all you need to do is start.

The natural landscape that runs along the Greenway, between illuminated tunnels and viaducts with amazing hanging balconies, is mainly dominated by the rivers. It passes through spectacular places like the Peñón de Zaframagón, the largest vulture reserve in Andalucia and one of the most populous in Europe.

On your way, you will find traditional castles and charming white villages. Another of the most striking points of this way is the stretch that runs along the Arroyo de los Azares which gives us a breath-taking view.

The Way then reaches another of the recommended access points, Coripe Station, and ends at the Puerto Serrano Station, which rises, looking over the valley of Guadalete. 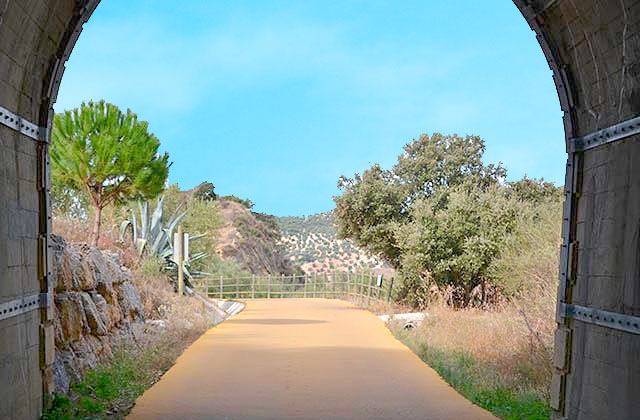 In addition to the rich landscape hidden within this Vía de la Sierra, there is a gripping story behind it. Trains never started running on this railway line as it was abandoned during a project to link Jerez de la Frontera, Villamartín and Setenil with Almargen. It was left paralysed by the Civil War though it was completely built, only lacking the railway cabling. The fall of the dictatorship and the economic retreat that followed led to the interruption of the works, which were never completed.

In the 90s, this section was repurposed as a greenway, coordinated by the Spanish Railways Foundation. It is the only one recognised as Route of Tourist Interest in Andalucia. It has also been awarded with two European prizes and other for excellence. 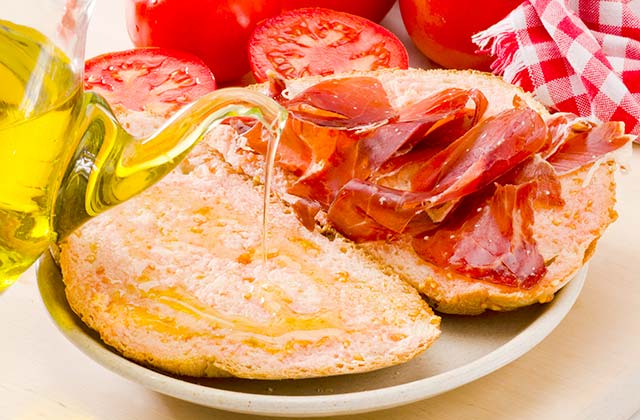 After a day of cycling, there is no better way to regain your strength than with traditional local food. Whatever you eat, make sure you put a dash of olive oil on your bread to accompany your lunch, as this is a land of olives par excellence.

You can eat tapas in the various bars in Olvera and taste flamenquines, serranitos, sangre encebollada, patatas zapateras and a long list of other combinations on offer. Traditional “pegás” soups and rabbit stew are two of the main dishes available too.

Another option is to go to Grazalema where payoyo cheese is the centre of the most traditional flavours and pork is a real tribute to the palate. Wherever you go, Andalucian cuisine will surprise you.

Cycling holiday in Grazalema: the cycling routes you must not miss

If you’re willing to take your bike and follow the Vía Verde de la Sierra we recommend that you stay at Fuerte Grazalema. Only 35 minutes from the starting point of this tour, the hotel offers you the chance to relax after your exercise in the outdoor pool and in the hot tub overlooking the Sierra de Grazalema. The hotel has 77 rooms with private balconies including spectacular views of the Guadalete Valley. The hotel chain has branches where you can enjoy the best of each area throughout Andalucia, in addition to its services. Its more than 50 years of experience are the best guarantee.