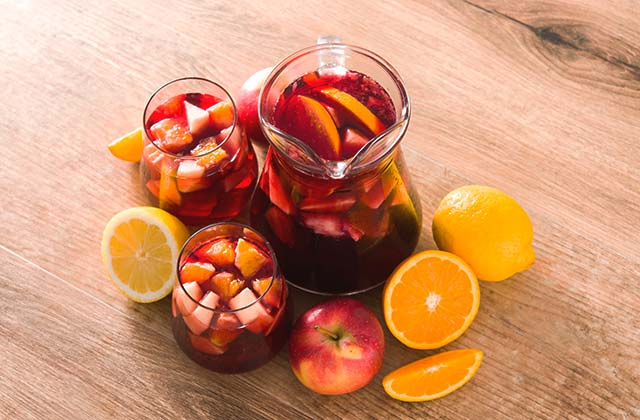 How to make sangria: summer drinks

When we talk about sangria is like talking about Andalucia, the same happens with summer. Sangria has been the most typical and international refreshing summer drink for years, the symbol of summer in Spain. Although this summer cocktail is already known worldwide and drunk throughout the year, sangria originated in Spain and emerged from the urgent need to freshen up with a drink that calms the most suffocating heat.

But how is it prepared? Is it easy to prepare at home? One of the key points to understand its popularity, in addition to its delicious taste, is how easy to prepare it is. So today we want to talk about its origins, tricks and of course the best recipes to prepare sangria. 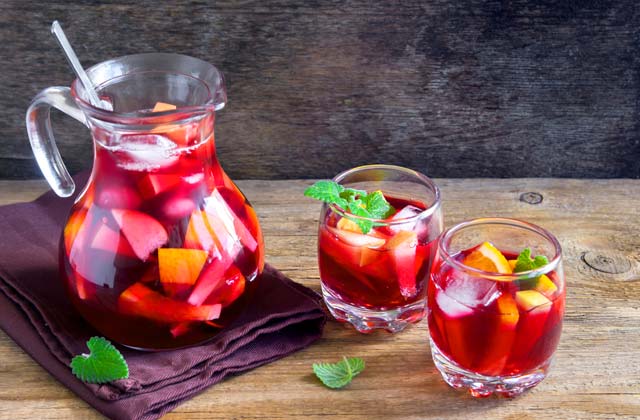 This drink is basically composed of gas or water, red wine, sugar, lemon and fruit pieces, although there are many variants in which you add different liquors. Although its name in Spanish has become popular worldwide, the term also has an English translation: ‘sangaree’. According Oxford Dictionary, it is a word of Spanish origin, and means cold drink diluted with water and spiced, and drink with lemonade and red wine.

It is said that the word derived from the blood, from its deep red colour, which is a symbol of the famous Spanish passion, the joy of its people and the fiery and intense character culture of Spain, although some voices suggest that it was the English who made the word popular in the mid-nineteenth century. Let’s find out a bit more.

The origin of sangria

As we said, the origins of this refreshing drink is not well defined, but in 1788 we find historical records mentioning sangria. Father Esteban Torres claimed in his Castilian dictionary that sangria was a ‘drink invented by the British, which is often drunk in the British and French colonies in America’. A similar story is stated by the magazine Muy interesante, which also states that it became popular at the time as the ‘wine lemonade’ in some Spanish colonies and its consumption spread throughout Spain as from 1850.

But regardless of who popularized it, how is the sangria created? Who had the brilliant idea of making this combination of drinks and fruit? It is said that back in the 1800s, sangria became a typical drink for farmers in Spain and Portugal, and was prepared from the products of their land, wine (grape), peaches, apples and other citrus fruits.

Other stories however place the invention of sangria in the West Indies, when a group of British sailors sought the perfect formula to circumvent the ban on drinking alcohol in that place. They masked rum with honey, fruits and spices to make it look like juice to the authorities.

However happened, the reality is that the sangria is legally Iberian according to the European Parliament in 2004, when it established the use of the denominación de origen (D.O) “sangria” for those products made exclusively in Spain and Portugal. In this way it was possible to establish the distinct quality of the place where the raw materials are grown and produced as well as their place of origin. As for the other countries, they can continue producing it, but under the name “flavoured wine-based drink”. 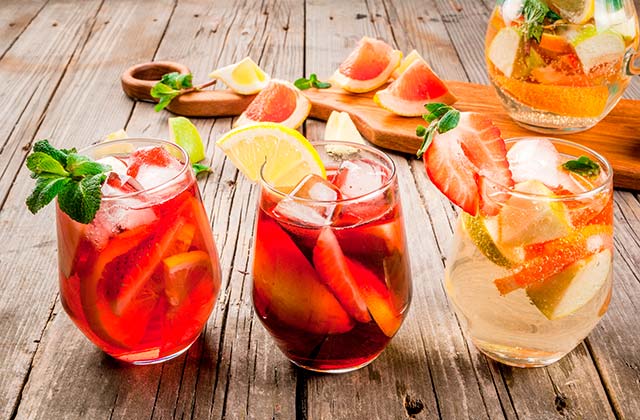 Among the Spanish there is a saying that is very applicable to sangria which says that ‘each teacher has his own book’ or in other words, the recipe for sangria depends on who you talk to. Each family, person, bar or restaurant has its own recipe and claims to be the “original”. The fact is that indisputably, the basic ingredients are red wine, gas, pulp and citrus peels (especially lemon, orange or grapefruit).

Sangria has dozens of versions, as many as the preferences of each person preparing it, so in this post we will give you some tips to prepare sangria the way you like it under some basic premises. Write them down:

Whatever you include in the mix, the secret is to leave the mix to rest for at least two or three hours, for the fruit and the cinnamon to impregnate everything, better still if possible one day before serving. When the time comes to drink it, put some ice on top and enjoy the party at home. Success is guaranteed!

If you want to drink sangria first hand and make a trip to Andalucia, Fuerte Hoteles offers the best facilities in the most privileged locations in Andalucia: the beach in Marbella, Conil, Torrox and El Rompido; or in the mountains in Grazalema. The hotels also have a wide range of activities called Fuerte Experiences, where travellers have the opportunity to experience the Andalucian culture first hand through free workshops, where among other activities, the guests are taught how to make sangria.