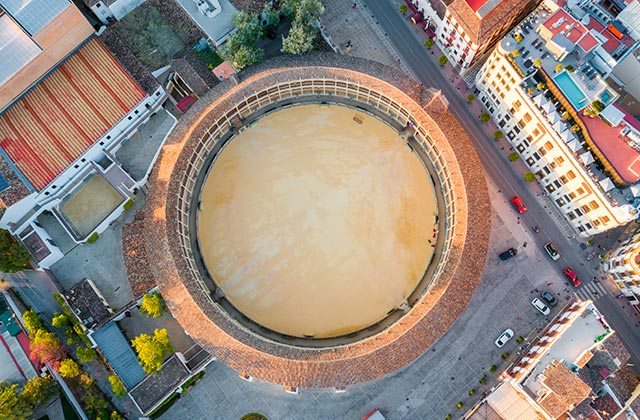 Posted by Fuerte Hoteles on Tuesday, October 20, 2020 · Leave a Comment

Spain is world famous for its bullfights, but most of the time, one of the most characteristic elements goes unnoticed, the bullring. This architectural element varies depending on the destination, but it is a hallmark worth visiting. As for its artistic value, it is essential in any tourist guide. Andalucia is the land of great and unique bullrings, so we invite you to see the ten most colourful and significant in southern Spain. 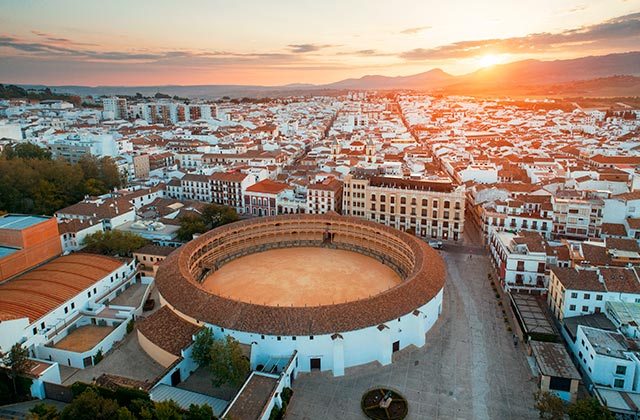 In the beautiful city of Tajo, in Málaga, is one of the most characteristic rings of Andalucia. It has never lost its equestrian character and is one of the cradles of bullfighting. This ancient structure dating back to 1785 and has attracted interest from personalities like filmmaker Orson Welles and North American writer Ernest Hemingway. The half-point arches facing the bullring are the best place to take a picture. 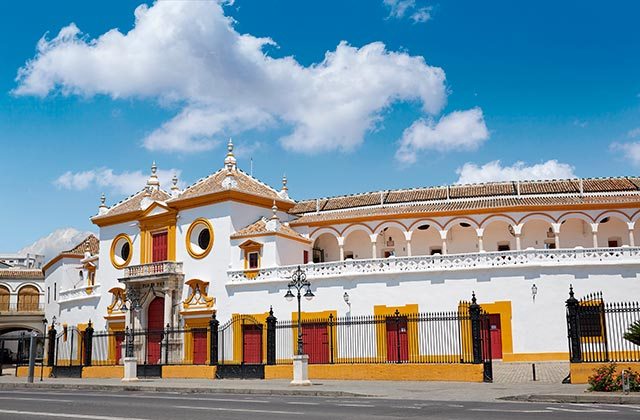 La Monumental Maestranza, together with Las Ventas in Madrid, is the most important of bullring in Spain. The best bullfighters fought in it and it is the symbol of the city, besides the Torre del Oro and the Giralda. Overlooking the Guadalquivir river, this monument is always full of life in the surrounding areas and Seville’s love for it is infinite. Its shape is slightly oval and it has a baroque architecture style which highlights the main entrance with its two towers. Do not miss this typical Spanish bullring when traveling through Andalucia. 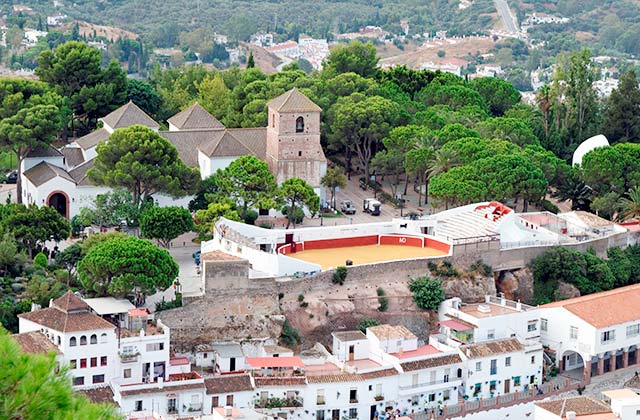 The bullring at Mijas is one of the most privileged of Andalucia in terms of views. It is located on the top of this beautiful town and from it you can see the landscape of the Costa del Sol on one side, and the town’s narrow streets and white houses on the other. It is a tourist landmark in the city and its façade usually features replica posters of old bull runs, where you can see flamenco dancers and bullfighters drawn in and early twentieth century style.

A few metres from the Mediterranean Sea, the Malagueta Bullring stands in Málaga. Built in 1874, it was built in a neo-Mudéjar style, shaped like a hexadecagon and has a ring of over 52 metres in diameter. Its premises now hold the Antonio Ordóñez Bullfighting Museum and it is one of the symbols of the capital of the Costa del Sol. One of the most beautiful views you can have of this monument can be seen from the viewpoint of Gibralfaro, where you can see the panoramic views of the entire city in all their splendour.

If you come to the province of Málaga, don’t leave without visiting the Plaza Ochavada de Archidona. This is one of the main Andalucian Baroque centres and is not, in itself, a typical bullring. As such, if you come to this place, you will see it is an urban area defined by buildings, including the City Hall, which can be seen from windows of the houses. It was here that the famous bullfights were held, giving it a quaint touch which harkens back to the origins of the holiday. On your walk, you can enjoy a drink in this landmark of the province. 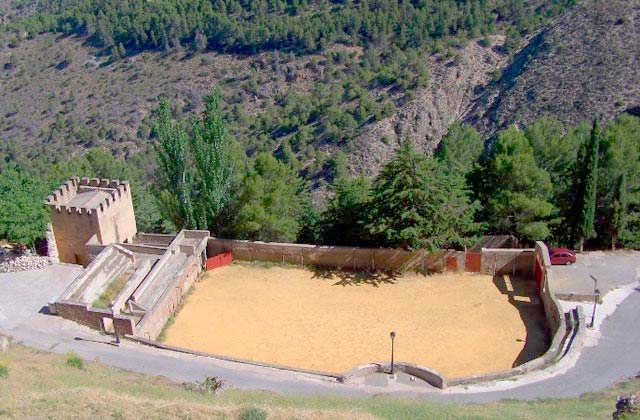 Located in the north of the Cazorla, Segura and Las Villas National Park, the Segura de la Sierra bullring is the old courtyard of a castle. It is one of the oldest and most curious bullrings in Spain and its construction dates back to the eighteenth century. The first thing you notice is its square shape and its lack of stands, so spectators took their seats on the side of a hill where the castle is located. A curious place to find a unique bullring. 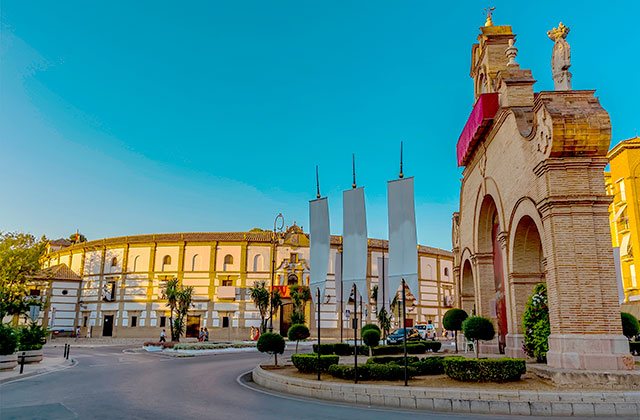 The bullring of Antequera has been completely remodelled. This is one of the most beautiful bullrings in Spain where they have recorded several commercials and where the singer Madonna filmed her video “Take A Bow”.  The façade holds a monumental gate, combining brick and chalky white plaster walls. Do not miss this beautiful location in the province of Málaga which contains the purest essence of these bullfighting constructions. 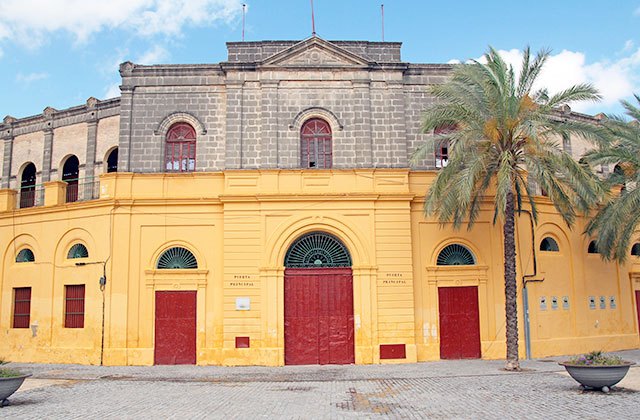 The Jérez Bullring is one of the most traditional in Andalucia and has preserved its equestrian character. Running with bulls (with horses) was a practice which was born in this enclave in 1967 and which has been a hallmark of this horse-loving area instead. The tiles attached to the façade of the bullring portray bulls in the Cattle Contest, held in September since 1955 and the Horse Fair since 1983. Its architecture has regional features which you cannot miss if you visit the province of Cádiz. 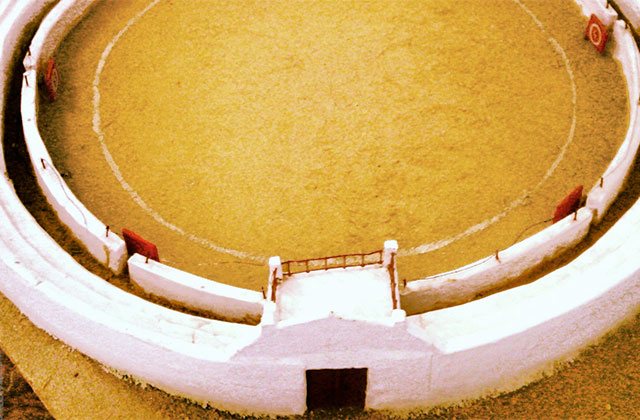 The Campofrío Bullring is considered the fourth oldest in the world. At present it is included in the Andalucian heritage catalogue. It was built in the second decade of the eighteenth century to add importance to the festivities of the town and was the first to be built of stonework. It was rebuilt in 1936 and 1977, and in 2002, the composer Rafael Prado, composed and premiered the pasodoble “Campofrío” dedicated to the square. It has been damaged by the passage of time but is a standing example of the old traditions of Andalucia as well as representing a new type of bullring. 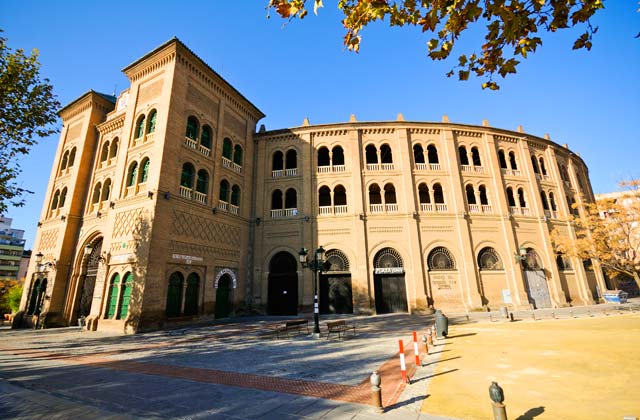 The Granada Bullring is accessible from any point of the city. With its neo-Mudéjar style, this building manages to combine elegance with originality and respected a Moorish air that recalls the historical past of the town. The bullfighting venue has three floors and is a beautiful image which combines with the enormous artistic range that Granada holds. During the Corpus Cristi Fair, a bunch of women dressed in traditional dress can be seen waiting to see the bullfighting sites.

So now you know, if you visit Andalucia, follow the route of the bullrings as they are a standing example of typical Spanish architecture, holding one of its greatest traditions. You simply cannot leave without taking a nice photo to remind you of Spain.

If you want to discover these unique Andalucian bullrings, you want to stay at the best hotels. The best option, of course, is Fuerte Hoteles. The chain has branches where you can enjoy the best of each area throughout Andalucia, in addition to its services. It boasts over 60 years of experience and gives you the time to discover these unusual places. Marbella, Conil, Grazalema, El Rompido or Torrox are some areas where you can find incredible accommodation.