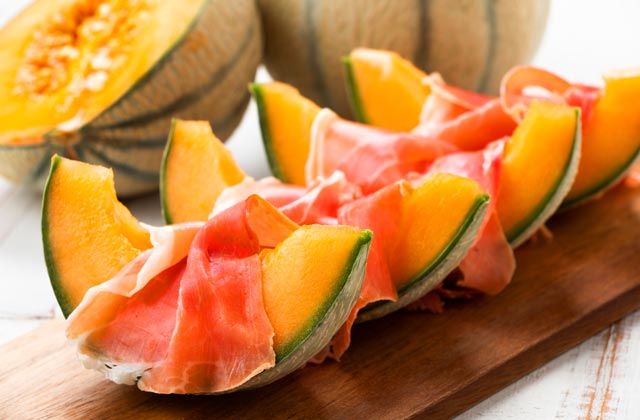 We offer you the 12 most refreshing recipes of Andalusia

Posted by Fuerte Hoteles on Thursday, July 9, 2020 · Leave a Comment

The traditional Andalucian summer cuisine is reflected in recipes that combined tradition and modernity, giving rise to one of the best representations of the Mediterranean diet. Summer recipes in Andalusia are, as the region, wide and varied, thanks to the excellent local products, and the diversity of cultures, which have left a rich legacy handed down from generation to generation. That is why we have selected the best and most refreshing summer meals in Andalusia. With them you can taste dishes of our cuisine such as gazpacho or salmorejo, top representatives of the southern summer gastronomy. 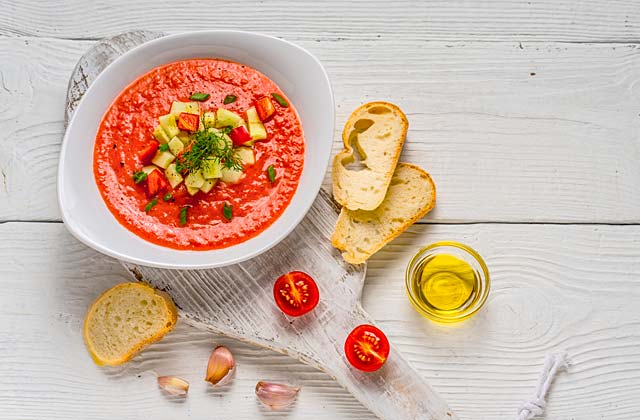 Gazpacho is the Andalusian recipe of summer par excellence. This cold soup made with tomatoes, cucumber, peppers and onion with bread, all ground up, delights the Andalusians in the hottest days, and after being in the fridge, cold, there is no better feeling than to pour it into your mouth. If you come to the south do not hesitate to ask for a gazpacho, not only because of its Mediterranean flavor, but also for the comforting effect that it will give you at the hottest times of the day. 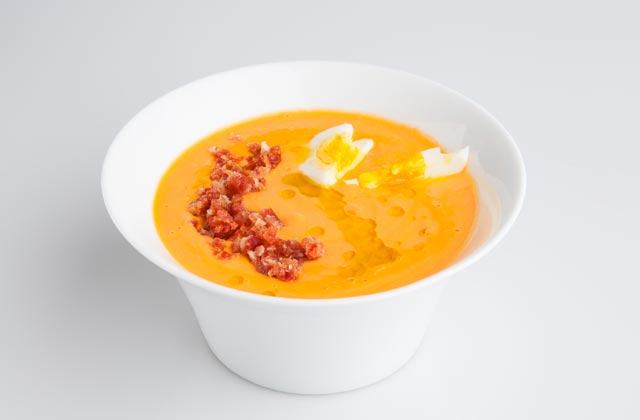 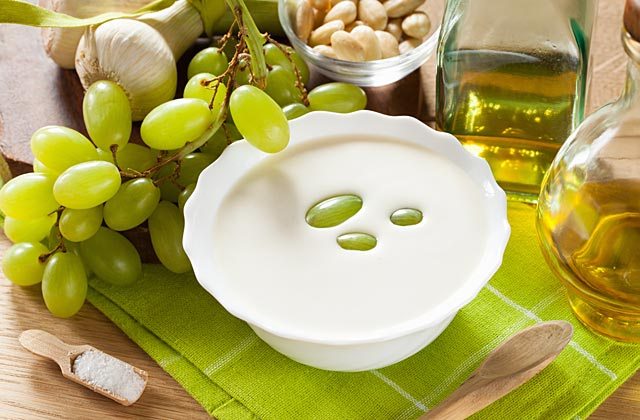 Bread, ground almonds, garlic, water, olive oil, salt and sometimes vinegar, is the cast of ingredients of the ajoblanco very popular cold soup, especially in the Axarquia in Malaga. It is usually accompanied by grapes, or small pieces of melon (depending on the taste of the consumer), and is served chilled to help withstand the heat. This recipe has spread to various parts of Andalucia and is reason for celebration for some populations as Almachar, town in Malaga that celebrates its ajoblanco day, offering visitors the gastronomic tasting of this dish and folk samples of song and dance. 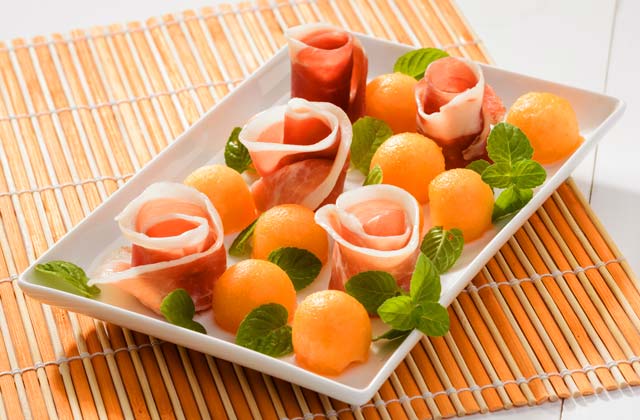 There is no simpler and cooler dish than melon with cured ham. All the beach bars and restaurants offer it in their menus and it is one of the more simple delights that can be tasted. If you come to Andalucia do not miss it and have it together with a cold beer. This is the ideal accompaniment while watching the sea. The cured ham is the ideal accompaniment while watching the sea. Ham, typical Spanish product par excellence and melon, favorite summer fruit, combine to honor your palate and give you a break from the hours of heat. 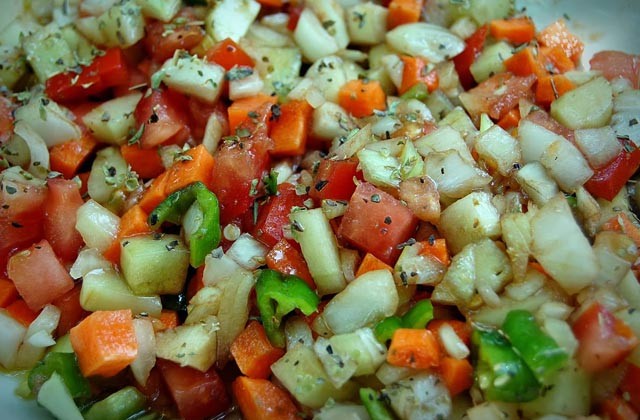 The pipirrana is a cold salad with onion, tomato, green pepper and cucumber. Sometimes boiled egg is added and even some firm fish meat and even some cold cuts, depending on the taste of every family or restaurant. It is a typical summer dish with a strong and refreshing taste that is also, by its ingredients, healthy and natural. This is a way to eat healthy during the summer so that the stomach is not heavy to swim in the sea. 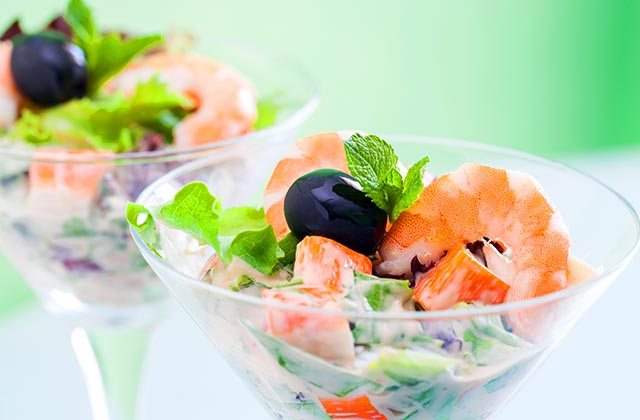 If there is something the South of Spain can brag about is the quality of its seafood. The cocktail that is made in Andalusia with these mollusks is one of the delicacies that is most claimed by the tourists. The shrimp tend to be the main protagonists of this recipe and crab sticks accompany its elaboration which has a pink sauce as a unifying element. If you like good food and want a cold dish, do not hesitate to ask for a seafood cocktail. 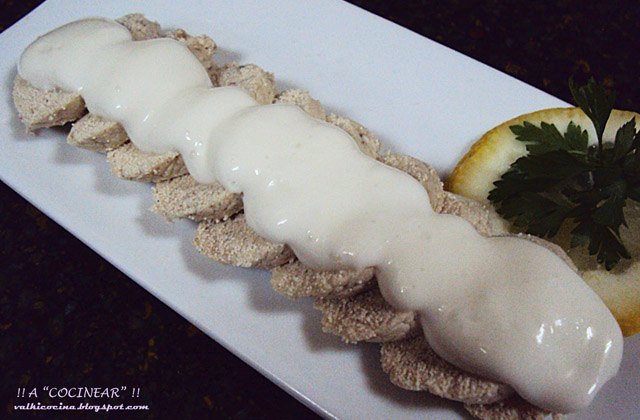 Roe with mayonnaise Picture of ‘A Cocinar’

This dish is typical of the area of Huelva and there are many who come to these latitudes to taste roe with mayonnaise. This recipe is served cold and it is very pleasant for its soft texture. Another simple and fresh dish full of vitamins from the sea and is a delicious snack that cannot be tasted elsewhere. Furthermore, the quality of the roe, especially in Huelva, attracts all the experts of the gastronomic sector. Are you going to miss it? 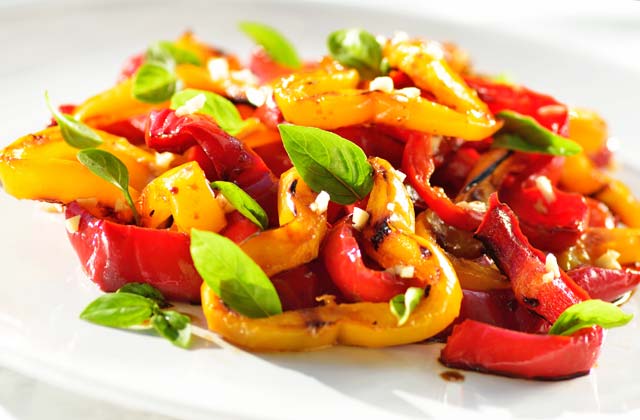 Certainly one of the major points in favor of this recipe is its colors that enter the eye. Red, green and yellow peppers are roasted to then cut them into strips and mix them with onion, olive oil, vinegar and coarse salt. It is allowed to cool in the fridge and ready to eat. You can ask for a pepper salad in any restaurant or snack bar in Andalusia and it is a food that easily satisfies and refreshes you at once. This explosion of flavor is a unique experience. 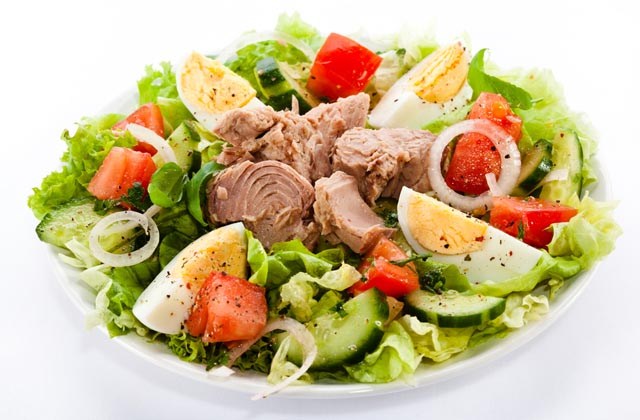 In Andalucia the most typical dish of summer is a good mixed salad. Lettuce is the great protagonist that is gently mixed with tuna, tomato, cucumber, sweet corn, carrots and beets. To dress it, nothing better than olive oil and a little bit of vinegar with a pinch of salt. The mixed salad can be eaten alone or as a side dish to fish or meat. It is also a good side dish for dinners and you can find it in any event. Enjoy the most typical products of the Andalusian countryside in this Mediterranean recipe that will not leave you indifferent. 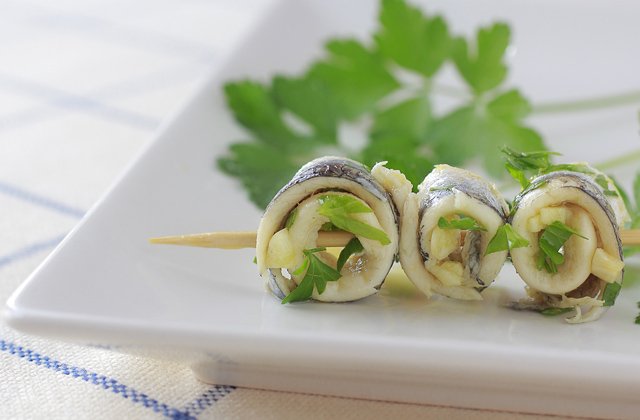 There is no self-respecting beach bar or bar that does not have an anchovies in vinegar tapa.This delicious little fish is served cold after being cured in vinegar and chopped garlic with a dash of olive oil. Its flavor is unmistakable and represents one of the most popular dishes of Andalusia when the sun is beating down.

In the Andalusian gastronomic recipe book, the strong but refreshing salads that are made in many towns both inland and on the coast are a must. Many of these salads are made with a base of potatoes, tomatoes or oranges, onions and extra virgin olive oil. But if it also bears orange and cod, it is usually called malagueña, in Camán in Antequera it is known as ‘picaíllo’ campero or in Totalán, it is the remojón. There are many ways of interpreting this fresh dish so ideal to consume practically throughout the year, but especially during the hottest months. 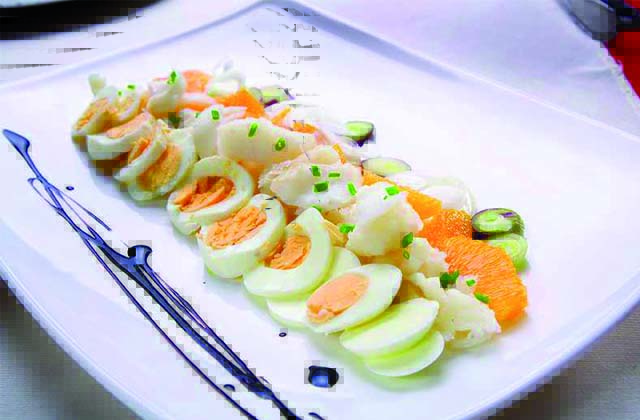 The city of Torcal can boast of having its own and exclusive traditional summer salad. At first sight it may be like the so-called malagueña, but there are two important differences as it does not contain potatoes, which is the basic basis of the malagueña and replaces it with much more cod. So come to Antequera and enjoy this tasty recipe.

If you go to the south of Spain on holiday, do not hesitate to try their cold recipes that will make you lower your temperature. An effective way to cool off and eat healthy, for evenings at the beach that does not give way to stomach heaviness. A simple and delicious way to have lunch with the best Andalusian cuisine.

Andalusca is a destination to enjoy to the fullest and that also involves choosing good accommodation. In this sense Fuerte Hotels is presented as the best option to help you plan the perfect vacation. Marbella, Conil, Grazalema, El Rompido or Torrox are some of the enclaves where you can find these amazing accommodations that will bring you close to the Andalusian culture and where you can refresh yourself with the best summer recipes.