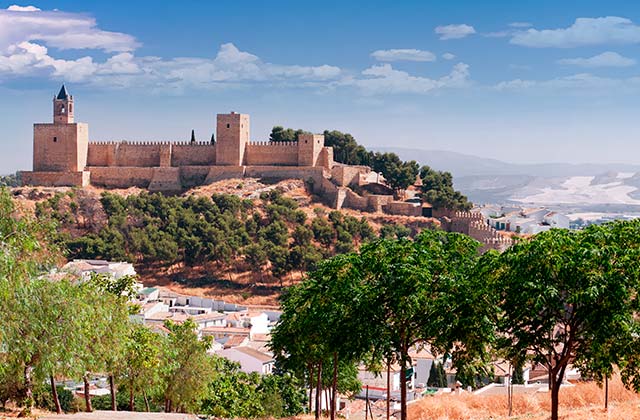 “Your Story”, the best tour of the “Ciudades Medias” (medium-sized towns) of Andalucia

Posted by Fuerte Hoteles on Tuesday, November 10, 2020 · Leave a Comment

The center Andalucia has a tremendous landscaping beauty that blends with its rich artistic and cultural heritage. To highlight a common touristic project and publicize the wonders hidden in the heart of southern Spain, six cities came together in what they called the Network of the medium-sized cities of Andalucia.

Écija, Alcalá la Real, Antequera, Estepa, Loja and Lucena constitute a wonderful route that, under the slogan “Your Story”, covers these places and makes the visitor know the best of each destination through the opinions and suggestions of other tourists.

In this sense, a website was launched where, in addition of reading information of interest, you can read other visitors’ comments as well as leaving your own experience reflected with texts or pictures that are very useful when scheduling the visit.
We invite you to get to know these 6 medium-sized cities steeped in history, monumentality and cuisine in the heart of Andalucia:

1. Antequera, the City of Art 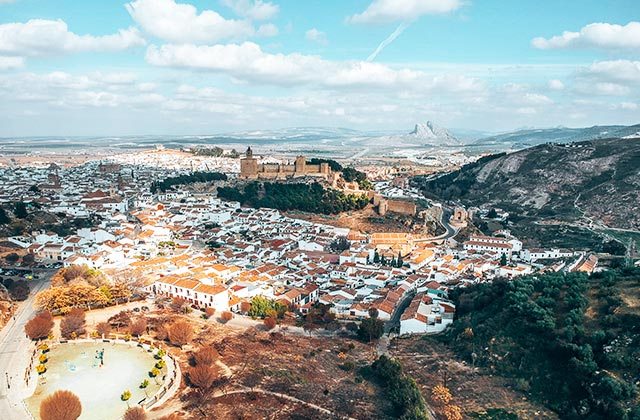 In the province of Malaga you can find the beautiful city of Antequera which preserves 80% of the cultural heritage of the entire province in its land. You can take a tour of the history of Mankind through its monuments, as from the dolmens to modernist artists have a place in this city like no other.

The traveler should begin his visit to this enclave by the City Museum. This museum center is located in the monumental Palace of Nájera. The journey through time, which is hard to forget, begins inside; the imposing Roman tomb of Acilia and the enigmatic plastic sculpture of Efebo being of special importance.
From here you can walk to the upper part the urban framework where the first Renaissance building in Andalucia is, the Santa María Collegiate Church. Inside you will be able to observe the magnificence of its vessels. Beside her is the Alcazaba, an important square in the Reconquest. In addition to all this, Antequera has 33 churches and monasteries making it an essential location for the admiration of religious art. The saying goes, “If all the citizens of Antequera wanted to hear mass at the same time, they could do it.”

Excursion to Antequera, discover El Torcal in one day

On the outskirts of the city is the jewel of the Antequera nature, El Torcal, karstic natural landscape of extraordinary beauty where you can admire the unusual images that water erosion has carved in the limestone. Definitely a destination you cannot miss and to which you will have to spend at least a couple of days.

2. Écija, the City of Towers 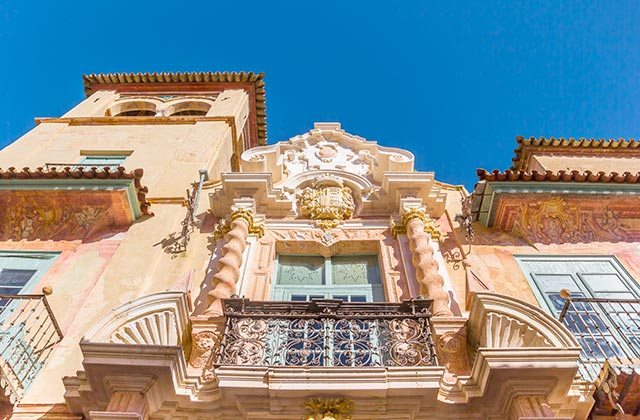 Écija was once a Roman city that experienced a moment of great splendor in the Empire. Archaeological evidence gives an idea of the vitality of Écija in these times and of the monumentality of its buildings. In the Spain Square (Plaza de España) you can see the remains of major Roman baths. But it will be in the Benamejí Palace, home of the historical and archaeological museum of the city where better to note the importance of Astigi (Latin name of the city).

Inside this sumptuous Baroque house, we can see splendid Roman mosaics (noted for the richness of the polychrome, by the careful modeling of the figures and the pictorial effects) and sculptures as the “Wounded Amazon” as well as the interesting collections of inscriptions, capitals or other material for domestic use from Roman times.

The baroque eclosion in Andalucia can also be admired in Ecija and an example of this is the Church of Santa Maria. The Church of Santa Cruz and that of Santiago will also be a must stop to compose a picture of the importance of the Écija Baroque. This city is of a flamenco tradition and you will find several places where to delight in this Andalucian art. 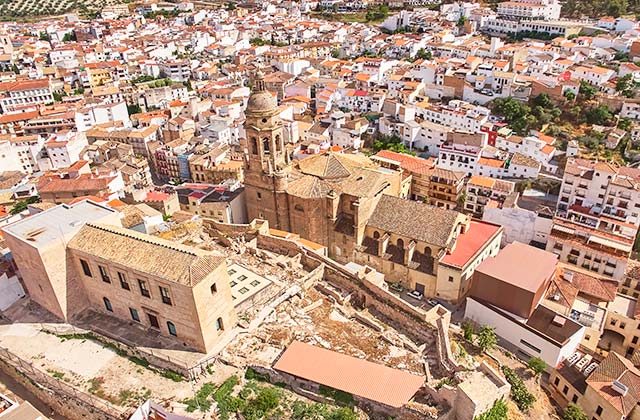 Loja was always considered by the Catholic Monarchs as gate and key to the kingdom of Granada. The taking of Loja (called flower among thorns by Isabella the Catholic) announced the end of the Moorish rule in Andalucia. The town surprises with special, romantic and melancholic corners as well as some lost spaces that allow contemplating a different sunset from the lookout called “Balcony of the city”. This lookout was forever immortalized by the Marx Brothers and the movie “Duck Soup”.

The city is designed to walk and contemplate the horizon from its Alcazaba, military and administrative center of the medieval city. In it you will find the historical museum and spectacular views of the tower of the Church of the Incarnation (Iglesia de la Encarnación). The abundance of water makes numerous springs flow in centennial fountains. One of the most significant of the population is the Fuente de la Mora or of the 25 Spouts. Legend has it that if you approach it you have to drink from all its spurts for good luck. 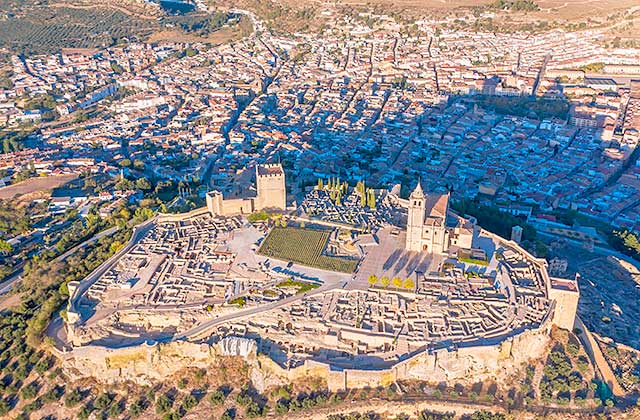 A walk through this city has to start in the first instance, by the Monumental Complex of the Fortaleza de la Mota. Located in a magical enclave 1.033 meters above sea level, this walled space was the key, guard and defense of the kingdoms of Castile. By descending the Real Street, you will arrive at the stately Carrera de las Mercedes, where the Abbey Palace Museum shows you the heritage and relics of the past of this city. The picturesque Barrio de las Cruces, the Archpriest of Hita Square and the Church of the Consolation (Iglesia de la Consolación), among others, will also be must visits.

5. Estepa, the City of the Aroma of Time 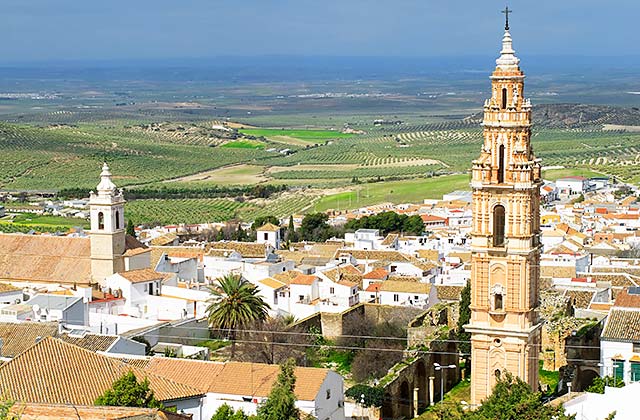 This city smells of cinnamon and almond whenever Christmas approaches because it is one of the largest producers of Christmas sweets in Spain. A journey through its history would begin in the Cerro de San Cristóbal, a strategic fortified place, with spectacular views over the countryside. The Homage Tower (Torre del Homenaje), 26 meters high, is the best preserved ancient fortress stronghold. In this siting you can also find the Franciscan Convent Church of Nuestra Señora de Gracia as well as the Convent of Santa Clara, uniquely beautiful work.

If you continue the walk toward the city center, you will find the enigmatic Victory Tower (Torre de la Victoria), the typical whitewashed and barred ancestral homes, and the Palace of the Cerverales. The artistic wealth of Estepa may also be admired in the two most important churches in the city: the Assumption and Carmen, beautiful baroque works of exultant ornamentation.

6. Lucena, the City of the 3 Cultures 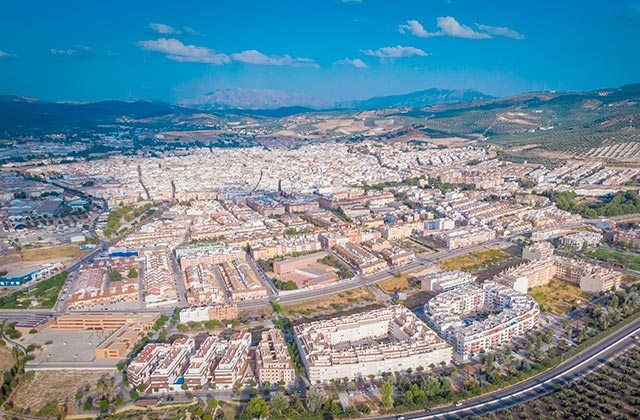 The city of Lucena experienced one of its splendors in the Muslim period, where it was the main Jewish population of Al Andalus. It had an important Jewish university school located on their land, many of whose wise men would later travel to Toledo to found the Translators’ School. The coexistence of Christians, Jews and Arabs gave it the name of City of the 3 Cultures.

This mixture can be perfectly seen in its streets and in its heritage. The footprint of the past is evident in enclaves such as Cueva del Angel, in the foothills of the Sierra de Aras, considered to be one of the most important Paleolithic sites in Europe. Also noteworthy is the Visigothic basilica and the Roman site of Los Tejares, group of ovens of an important pottery factory that have recovered partly at present.

Do not hesitate and visit the medium-sized cities of Andalucia, know about their heritage up close and live the history its walls keep through its artistic heritage. It is a mixture of architectonic styles and art that turn the center of the region into a must visit.

The most charming villages in Andalucia 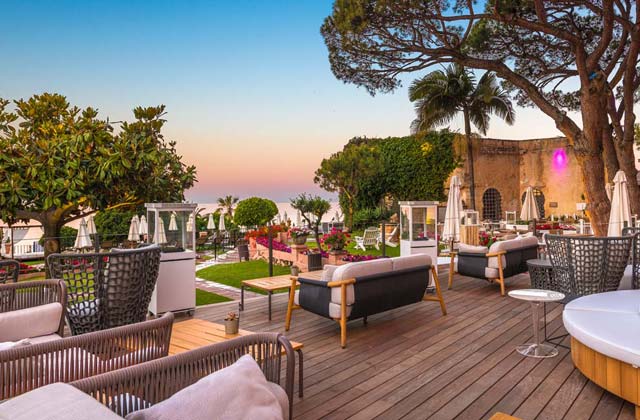 To stay in Andalucia, there is nothing better than Fuerte Hoteles. These accommodations that rely on an excellent service, are leaders in quality according to Trip advisor and are backed by over 60 years of experience are the best choice for your holidays. Marbella, Conil or Grazalema are some of the enclaves where you can find these magnificent accommodations.